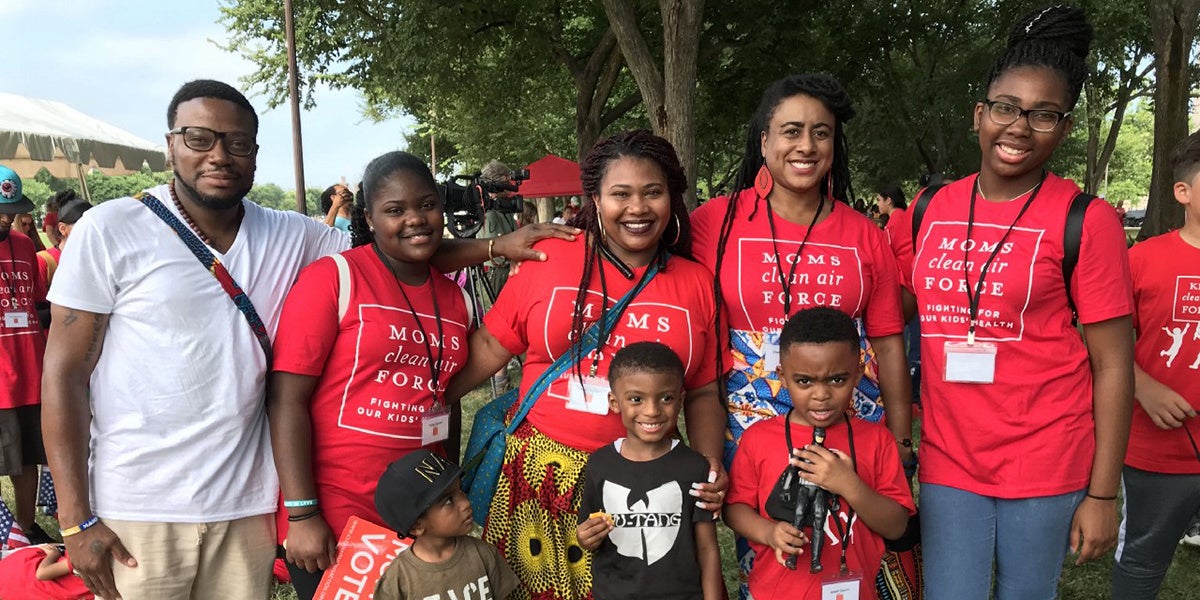 “We are united together to protect these babies that are around here, around our feet as we speak,” Heather McTeer Toney, senior advisor for local government for Moms Clean Air Force, which organized the rally, said in a speech. Toney previously served as a regional EPA administrator during the Obama administration.

“I’m glad to be here to be with so many people who are standing together in solidarity against polluted air,” Misti O’Quinn, director of outreach and community engagement for Breath is Lyfe, said to those assembled. O’Quinn spoke about her children struggling with asthma, a condition worsened by pollution. “Knowing that there is a building full of people lining their pockets, and my children are paying the price? I have a problem with that,” she said. 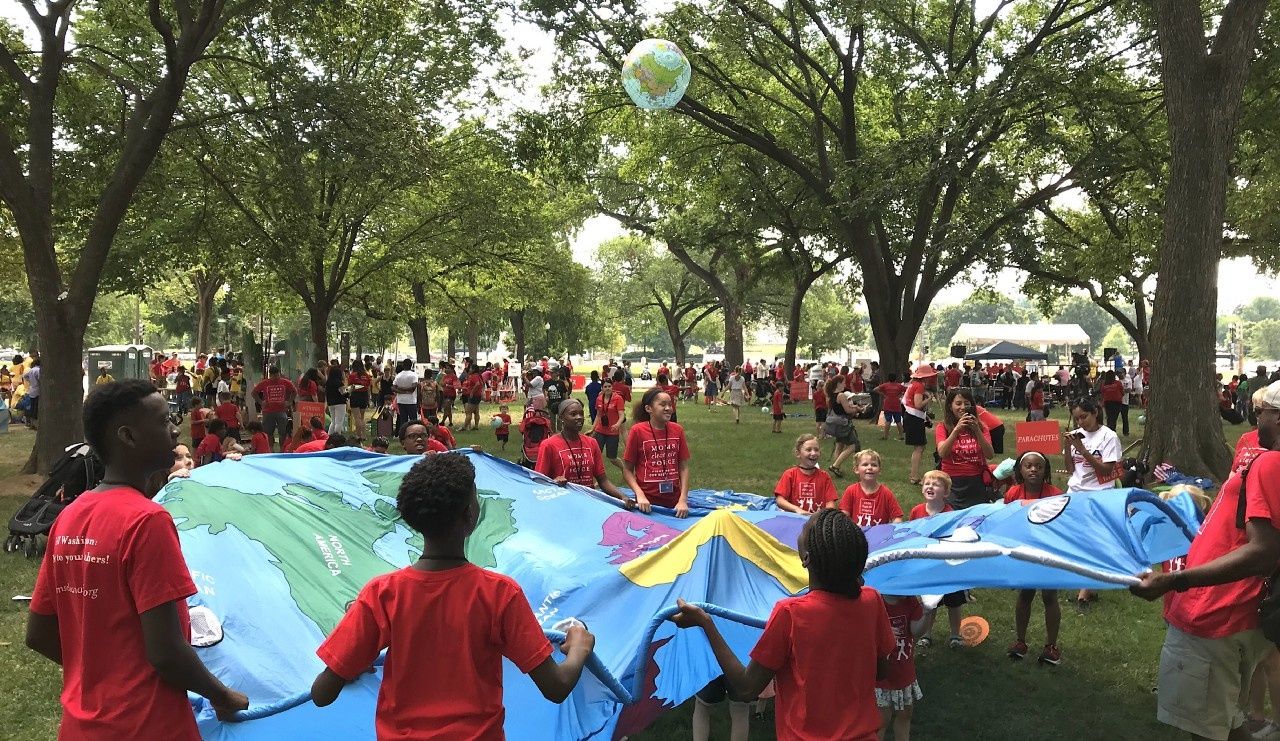 Children at the rally. Nexus Media

By and large, young Americans are more likely to worry about climate change than their parents. Poll after poll finds that, more than older generations, Americans in their teens and twenties understand that carbon pollution is changing the climate and believe that humankind should tackle the problem. Parents and grandparents who showed up at Capitol Hill wanted to show that it is not just young people who are worried about and climate change.

Ask Americans why they think it’s important to tackle climate change, and the leading response is to “provide a better life for our children and grandchildren.” No other answer comes close, and to a certain extent, that makes sense. It will take years for today’s carbon emissions to take full effect. If humans stopped polluting today, temperatures would continue to rise for another 40 years. Any effort made to limit the rise in temperature will take decades to bear fruit, meaning the fight to curb climate change, ultimately, is an altruistic one. It is the fight to protect the next generation.

“The climate system has a memory, and if we don’t act soon, we’re going to feel the effects for hundreds of years. The sooner we act, the better it’s going to be for future generations,” said Michelle Irizarry, a mother from Orlando, Florida. “I think action is the solution to despair and depression.” Irizarry pointed the numerous advocacy groups tackling climate change, which include organizations for parents and grandparents like Moms Clean Air Force, Mothers Out Front, Climate Mama, Climate Dads and Elders Climate Action.

In her encounter with Pruitt, she said, “I just wanted to urge you to resign because of what you are doing to the environment in our country,” adding, “We deserve to have somebody at the EPA who actually does protect our environment, somebody who believes in climate change and takes it seriously for the benefit of all of us, including our children.” Pruitt, who consistently undermined the EPA’s mission to limit carbon pollution, stepped down from his role at the agency a few days later.

Mink spoke about meeting Pruitt at the rally. “When I walked up to EPA administrator Scott Pruitt and told him to resign, I didn’t actually think he would do it,” she said. “We took down the EPA administrator, and we didn’t need Congress or the president to help us.” Mink noted that Pruitt’s successor, Andrew Wheeler, would continue to pursue a deregulatory agenda, adding, “The endless pattern of this administration favoring corporate interests over real people won’t end unless we all vote.” Kristin Mink speaking to a reporter at the rally. Nexus Media

Wednesday’s rally belongs to a long history of parental activism in the U.S. Mothers, in particular, have had a profound impact on public policy. Mother’s Against Drunk Driving was created in 1983 after its founder, Candace Lightner, lost her daughter to a drunk driving accident. The group successfully campaigned to raise the drinking age and to lower the legal limit for blood alcohol while driving, among other measures.

Similarly, during the late 19th and early 20th centuries, the Woman’s Christian Temperance Union fought for the prohibition of alcohol, a fight that onetime president Frances Willard described as “a war of mothers and daughters.” Under Willard’s leadership, the organization also pushed for women’s suffrage, believing that women must secure the right to vote to act as “citizen-mothers.”

Mothers have played such a an important role in pushing for progress that they even earned their own holiday. During and after the Civil War, West Virginia activist Ann Jarvis organized mothers to feed, clothe and nurse both Union and Confederate soldiers. After the war ended, she gathered veterans from both sides of the conflict to foster unity and encourage reconciliation. After Jarvis died, her daughter, Anna Jarvis, lobbied the federal government to designate a new holiday to honor the work of mothers on behalf of their children. In 1914, President Woodrow Wilson proclaimed the first national Mother’s Day. 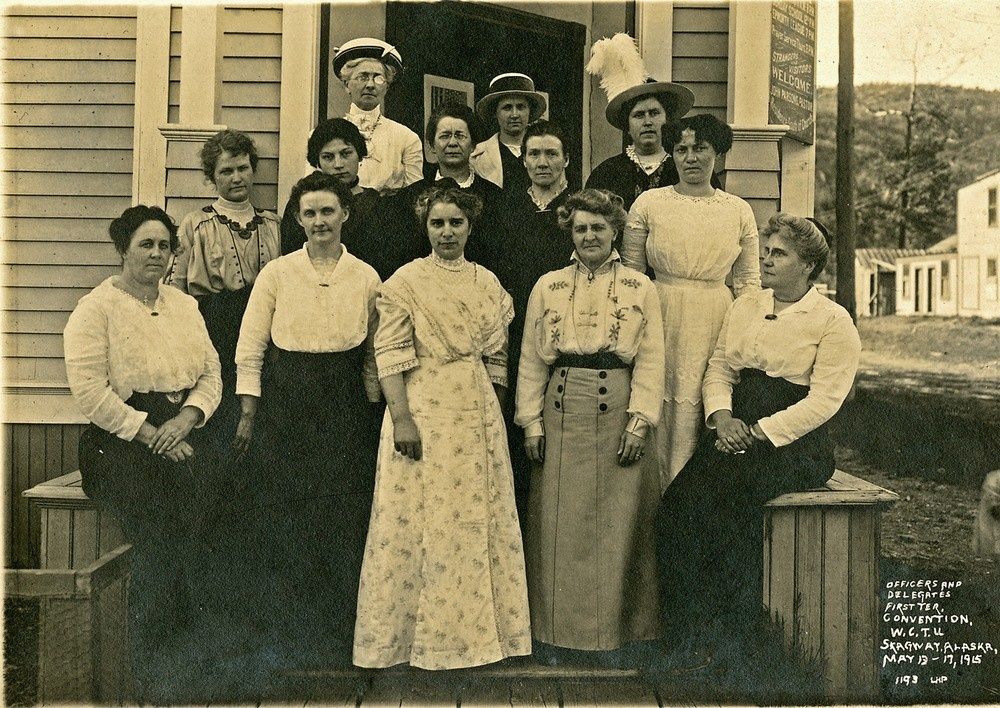 The officers and delegates to the first convention of the Women’s Christian Temperance Union, 1915. National Park Service

Now, mothers are turning their attention to climate change. “If what you see happening now isn’t what you want, then you need to get involved,” said Keri Bresaw, a mother from Henniker, New Hampshire.”I think we model behavior for our children, and by bringing my kids here to Washington, DC to show them that I can use my voice to stand up for things that I believe in, I’m hopefully planting some seeds for them to also decide to do the same.”