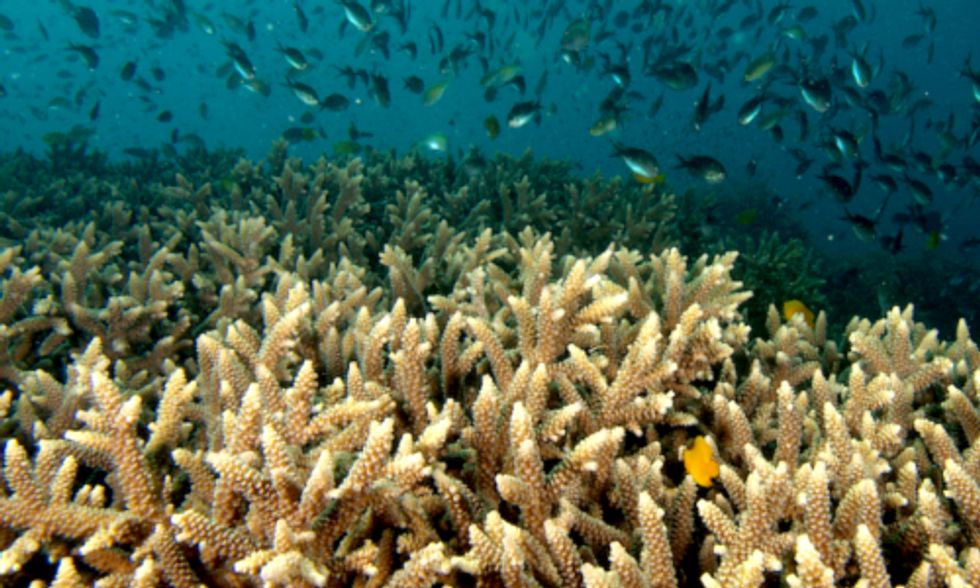 A coral-eating flatworm with a unique camouflaging strategy could be a major threat to the world's coral reefs, according to researchers in the U.K. The parasite, called Amakusaplana acroporae, infects a type of staghorn coral known as acropora, a major component of reefs, and can destroy its coral host very quickly.

The parasite has been detected at the Great Barrier Reef, and because it has no known natural predators, researchers are concerned it could spread quickly and decimate reefs worldwide. A novel camouflaging strategy makes the flatworm difficult to detect and monitor, the researchers say.

When eating the coral tissue, the worm also ingests the coral's symbiotic algae. Instead of digesting the algae completely, the worm keeps a fraction of them alive and distributes them, along with the fluorescent pigments that give coral its characteristic hue, throughout its gut so that it perfectly mimics the appearance of the coral.

The parasite has been identified in numerous aquarium-based corals, and biologists worry that it could spread rapidly if aquarium-raised coral, fish or seaweed are introduced to natural reef environments.