Panera Bread to Drop 150 ‘Unacceptable’ Additives From Its Menu 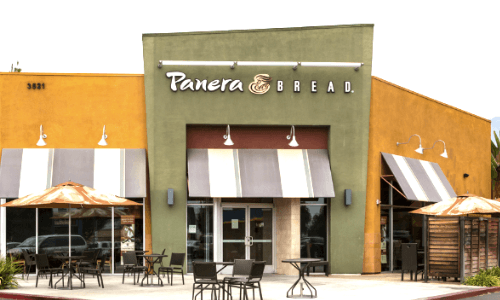 Would you like some tertiary butylhydroquinone or azodicarbonamide with your food? The first diffiult-to-pronounce ingredient is a potent preservative that increases the shelf life of oily and fatty foods (such as McDonald’s never-rotting french fries) and has been linked to stomach ulcers and damage to DNA in animal studies. The other is the notorious “yoga mat” chemical that’s banned in the European Union and Australia.

Panera Bread is removing these two additives and at least 148 more artificial preservatives, sweeteners, colors and flavors from its menu by 2016. 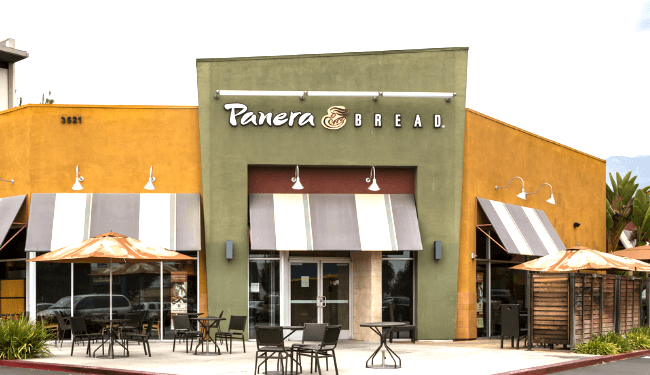 Panera Bread is the latest restaurant joining the healthy food trend. “We are not scientists. We are people who know and love food, and who believe that the journey to better food starts with simpler ingredients,” said Panera CEO Ron Shaich.

The company has publicly shared their “No-No List” that contains every single artificial additive that will be dropped from their food items, from soups to salads to sandwiches, making it the first national restaurant chain to do so.

“Last year we unveiled our Food Policy to hold ourselves accountable to long held values and set the future vision for our menu. The No No List is the latest step on our journey to clean food and a transparent menu,” said founder and CEO Ron Shaich in a statement.

“We are not scientists. We are people who know and love food, and who believe that the journey to better food starts with simpler ingredients. And to turn that belief into meaningful action, we consulted third-party scientists and experts to compile a list of common artificial additives that we are going to do without,” he continued. “Simplifying our pantry is essential to our vision, but it is not an end point. We want to be an ally for wellness for the millions of guests we serve each week.”

Starting this week, Panera will offer new “clean” salad dressings that are made without artificial sweeteners, colors, flavors and preservatives. Panera’s salads, such as their Strawberry Poppyseed & Chicken Salad and the new Kale Caesar, will be made entirely without these artificial additives, the company said.

The fast-casual chain has been working to “un-engineer” their food menu of artificial additives for more than a year, it said. “Dressings have been one of the most complex projects given the number of artificial additives—namely flavors and preservatives—conventionally used for taste and consistency,” said Dan Kish, Panera’s head chef. “We’re proud to be offering bakery-cafe salad dressings without artificial additives. We believe they also taste better than ever.”

USA Today has listed some other examples of Panera’s artificial additive removal:

The announcement from Panera does not include sodas and other beverages it offers, but executives said they are working on this challenge, especially in bottled beverages, USA Today reported.

Panera said that roughly 85 percent of the ingredients on their bakery-cafe food menu are in test or have rolled out nationally without these artificial additives. They will continue to rework their menu until their 2016 deadline.

“With this bold commitment, Panera is showing impressive leadership in the restaurant industry to give consumers what they increasingly demand: food with fewer artificial ingredients and additives,” said Ken Cook, the president and co-founder of Environmental Working Group (EWG). “We are grateful that the Panera team reached out to our experts and listened to our recommendations to improve their fare, eliminating EWG’s ‘dirty dozen’ food additives from their food and using other information from our Food Scores database. We commend Panera for stepping up in support of healthier food made with ‘cleaner’ ingredients.”

More and more restaurants and food companies are stepping up for healthier, cleaner food. Chipotle recently removed genetically modified ingredients from its menu, making it the first major restaurant chain to take this momentous step. McDonald’s announced that within two years, it will only buy and sell “chicken raised without antibiotics that are important to human medicine.” And last week, Tyson Foods (the largest U.S. poultry producer and one of McDonald’s major meat suppliers) said it plans to eliminate the use of human antibiotics in its chickens by September 2017.

However, some consumer advocates are questioning their motives. “I applaud Panera for replacing dyes and certain other questionable additives in its foods,” Michael Jacobson, executive director of Center for Science in the Public Interest, told USA Today. “But eliminating many of the ingredients with unfamiliar chemical names, like calcium propionate and sodium erythorbate, is done solely for PR purposes and not to make safer, more healthful foods.” He added that there’s also a high calorie count in many foods, and criticized its wide use of white flour and sugar.

In response, Panera CEO Shaich said, “We want to be an ally for people eating well—not the food police. There are days when I love the indulgence of a blueberry muffin. We’re about the joy of food.”