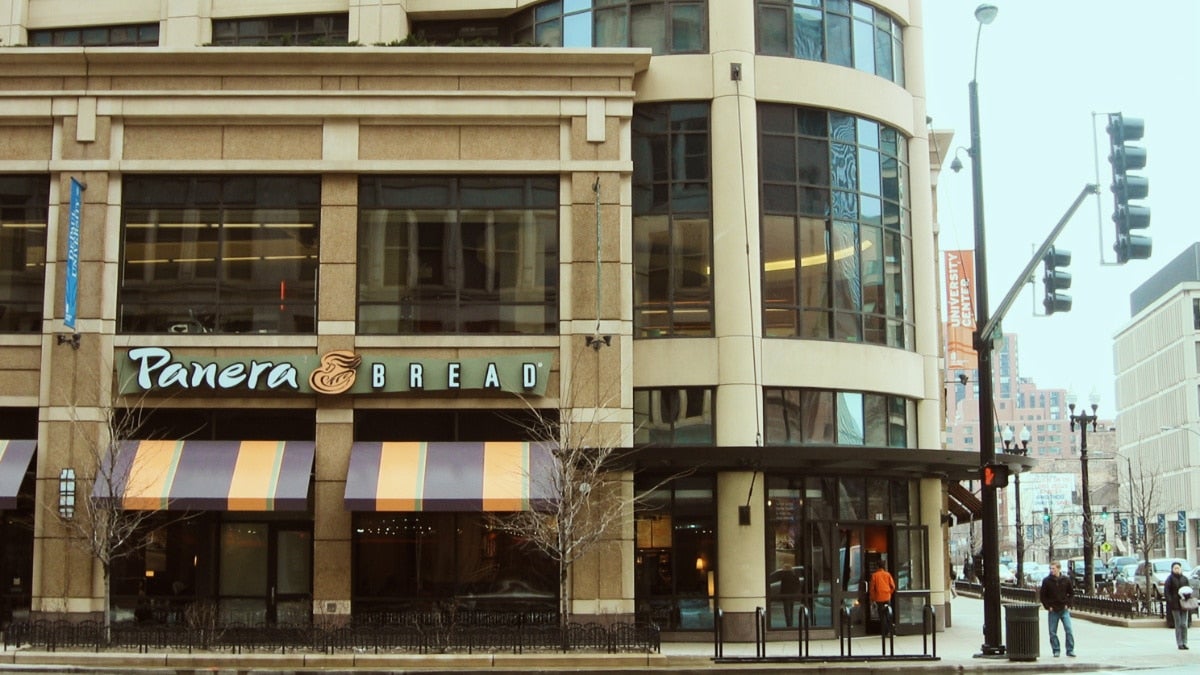 Panera Bread has partnered with the World Resources Institute to label menu items with a low carbon footprint. Kmf164 / Wikimedia Commons / CC by 3.0

Panera Bread customers now have the ability to make eco-conscious choices. The national soup and sandwich chain has partnered with the World Resources Institute (WRI) to label some of its menu items “Cool Food Meals,” CBS News reported.

Panera Bread and WRI announced yesterday that the designation applies to about 55 percent of Panera’s menu items. Panera has 2,118 stores.

The Cool Food Meal label is for menu items that have a carbon footprint under 5.38 kilograms of carbon dioxide equivalent, CNBC reported.

That threshold is actually 38 percent lower than the average American meal. This size reduction is needed to meet the 2030 targets established in the Paris Agreement, CBS News reported.

According to a press release, some of the chain’s most popular items, including Chipotle Chicken Avocado Melt, 10 Vegetable Soup, Fuji Apple Chicken Salad and Broccoli Cheddar Soup earned the Cool Food Meal designation.

The Cool Food Meal badge has not yet made it to all of Panera’s locations, but it went live on the chain’s online menu yesterday, AdAge reported.

According to a 2019 UN report, global food production accounts for 37 percent of greenhouse gas emissions, which has put pressure on food chains worldwide to limit food waste and reduce their carbon footprint, CNBC reported.

Consumers are able to lower that impact through eco-conscious food choices, Andrew Steer, president and CEO of WRI said in a press release announcing the partnership.

“As kids, we were always told to eat our vegetables — and now there’s another reason to do so,” Steer said.

Panera intends to increase plant-based offerings to comprise more than half of its menu options. Plant-based options currently make up one-fourth of the menu.

“There’s a natural skepticism that consumers have any time companies get involved in environmental or social responsibility initiatives,” Daniel Korschun, an associate marketing professor at Drexel University told CNBC. “If a company is able to make some credible claims on these types of initiatives, then it can really drive some loyalty on the part of consumers because they’re purchasing more than just the product, they’re purchasing an affirmation of who they are and what they stand for personally.”

This is not the first time that Panera Bread has helped customers make well-informed choices. A decade ago, it became the first chain to post calorie counts of its menu items. In 2017, Panera labeled sugar amounts in beverages like lemonade, soft drinks and tea.