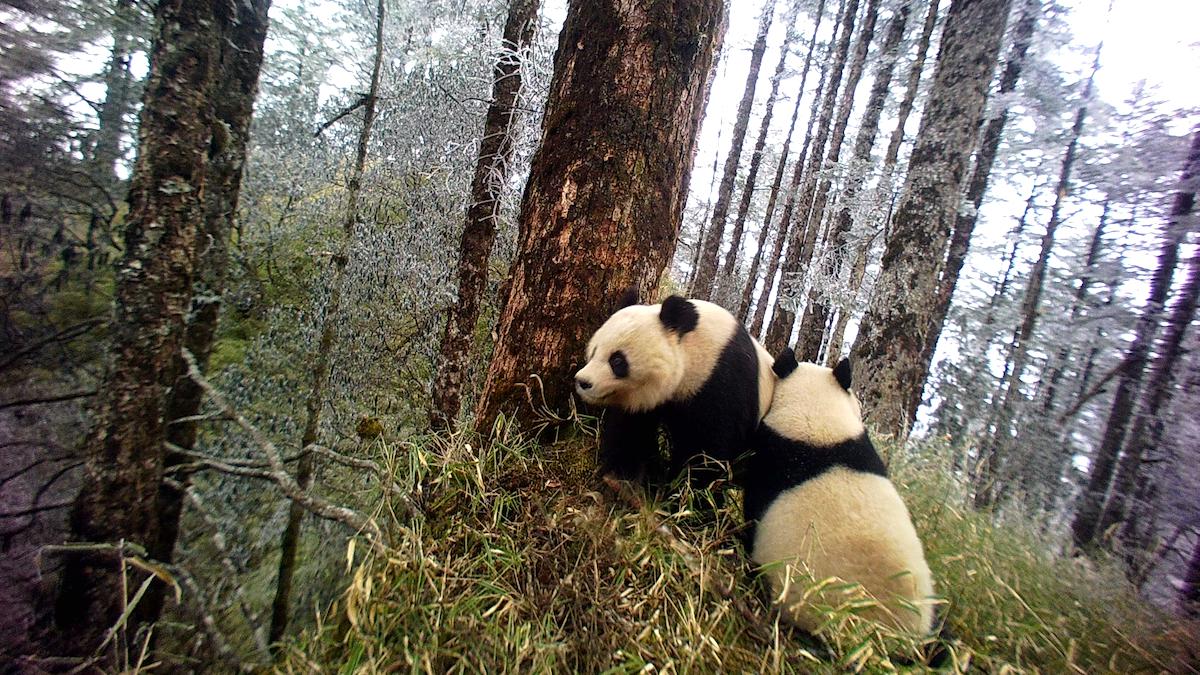 What would be the ideal giant panda reserve? A large tract of uninterrupted bamboo forest or a slightly less pristine woodland interspersed with the odd grassland or road?

It turns out, the answer might be the second. A first-of-its-kind study published in Conservation Biology last month found that wild giant pandas have the best gene flow in a landscape that is just 80 percent ideal habitat.

“There was kind of a surprising result,” study lead author Thomas Connor, who completed his Ph.D. at Michigan State University (MSU) and is now a postdoc at the University of California-Berkeley, told EcoWatch.

Too Much of a Good Thing?

There has long been a debate in the conservation world over whether it is better to protect large, uninterrupted stretches of wilderness or smaller patches of habitat.

To make their contribution to answering this question, Connor and an MSU and China-based research team studied the giant pandas of the Wolong Nature Reserve in China. This reserve is home to around 150 pandas and covers around 2,000 square kilometers (approximately 772 square miles).

“It was a multi-step study starting with measuring habitat, predicting panda habitat on the landscape, and then with that data measuring habitat amount and habitat fragmentation across the landscape and then relating that to genetic connectivity as well as genetic diversity of the pandas in this area,” Connor said.

What they found is that the relationship between habitat amount and fragmentation and the genetic health of the population was non-linear. This means that markers of genetic health such as gene flow and inbreeding didn’t simply increase with the amount of uninterrupted habitat in a given landscape.

Instead, the researchers found an ideal threshold for gene flow of 80 percent habitat to 20 percent non-habitat. For habitat fragmentation, there was also an optimal threshold of slight variation in the amount of habitat present in different patches.

The relationship between inbreeding and habitat amount was also nonlinear. However, inbreeding was still at its lowest when the greatest amount of habitat was present.

The study authors believe this is the first time anyone has demonstrated a non-linear relationship between habitat amount and fragmentation and gene flow in the field. And the results have important implications for conservation best practices.

“We can’t just say we need to maximize or minimize habitat or fragmentation in every case. There’s likely thresholds at play that we want to shoot for for the most effective conservation,” Connor said.

Why should this be the case? Connor thought it was because the pandas get too comfortable if the habitat is too perfect.

“When it’s 100 percent pristine habitat, pandas basically don’t have to move across the landscape as much, they don’t have to disperse as far,” he explained.

However, when that golden threshold of 20 percent non-habitat is thrown into the mix, the pandas are motivated to travel farther and disperse their genes.

Another factor is that giant pandas are still in the process of recovering. It’s possible that, in a world with less human interference, pandas would be pushed to move when an area of perfect habitat reached carrying capacity. That isn’t the case with the population Connor and his team studied, and the results of the study may change if the population increases.

A Message of Hope

Ultimately, Connor thought the results offered a “message of hope.”

That’s because they show pandas can thrive in less than perfect conditions.

“I hope that maybe based on these results people don’t write off areas that seem difficult to conserve or restore, with the idea that we don’t have to get to 100 percent restored habitat,” Connor said.

There is a good chance the study results will be heeded on the ground. Some of the study’s co-authors actually help to run Panda reserves in China. Further, the Chinese government is fairly good about following the advice of scientific studies published in reputable journals, Connor said.

But the study may also have implications beyond panda conservation. Earth is at a critical moment for habitat and biodiversity loss. A major UN study warned that the loss of biodiversity is just as much a crisis as climate change. It found that human activity had altered more than two-thirds of the planet, and a quarter of the world’s plant and animal species it studied faced extinction.

World leaders are meeting to address this crisis at the next UN Biodiversity Conference taking place virtually this month and then in Kunming, China next spring. Ahead of this conference, the UN Convention on Biodiversity has proposed a goal of protecting 30 percent of Earth’s land and ocean by 2030, as National Geographic reported.

The study results can’t guide policy makers through the details of designing protected areas for other species, but they do offer a similar hope that something is still better than nothing when it comes to protecting ecosystems.

That’s because pandas are “some of the most famous habitat specialists in the world,” Connor said.

“If we can find some positive effects of intermediate levels of habitat fragmentation in such a habitat specialist, I imagine that, for a lot of species that are a little bit more generalists, that these findings might be even more extreme.” However, he added that “more studies definitely have to be done.” 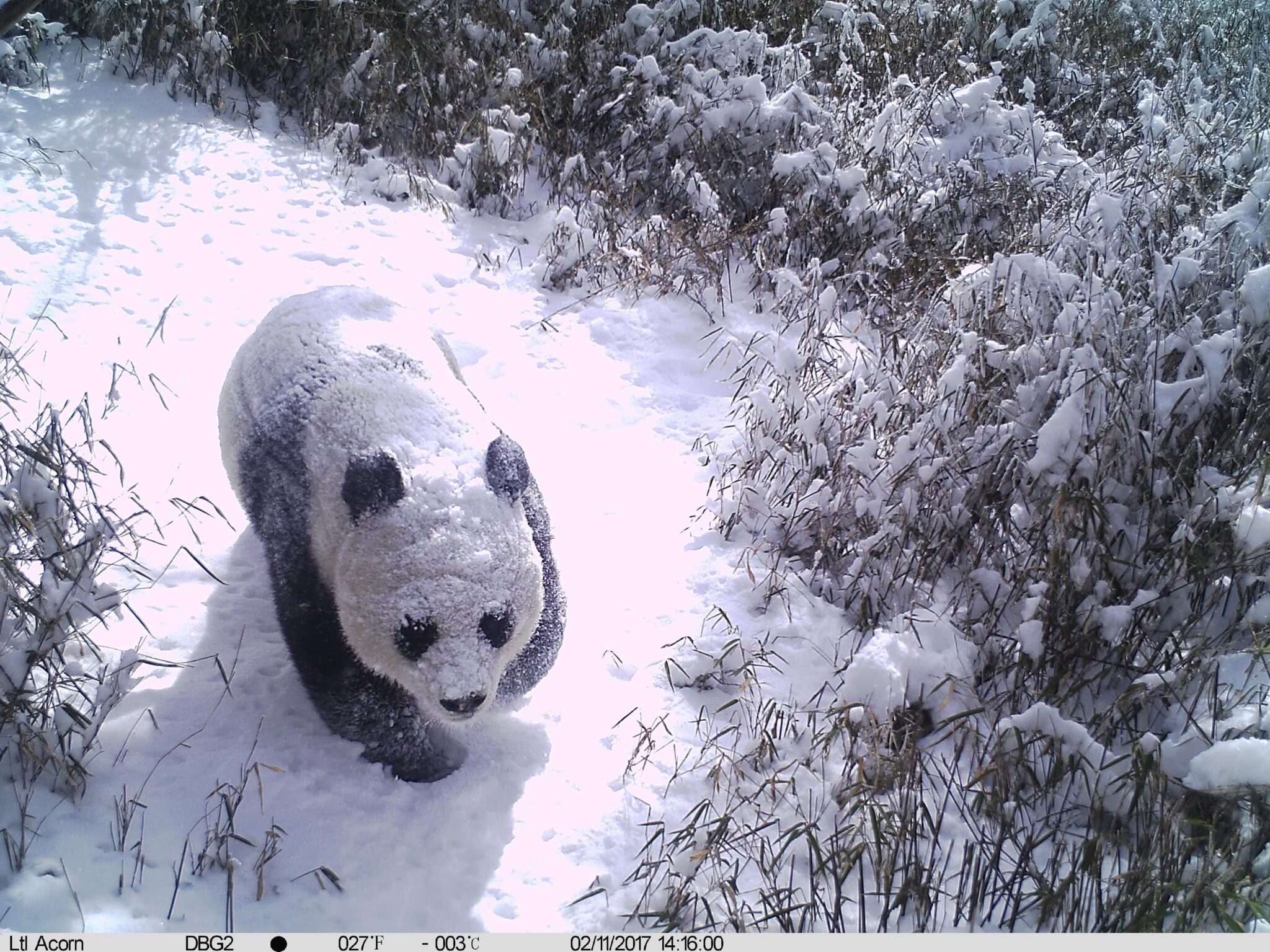