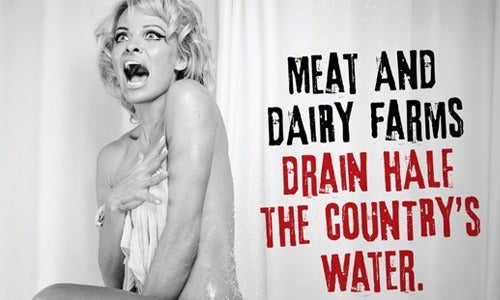 As California grapples with an epic drought, Pamela Anderson bared her … soul for the planet. The actress-turned-activist, who has bared all for PETA ad campaigns before, did so earlier this week to raise awareness about the meat industry’s water waste. In a play on Hitchcock’s classic movie Psycho, the ad is designed to show that the solution to the drought isn’t just shorter showers but also boycotting the meat and dairy industry. 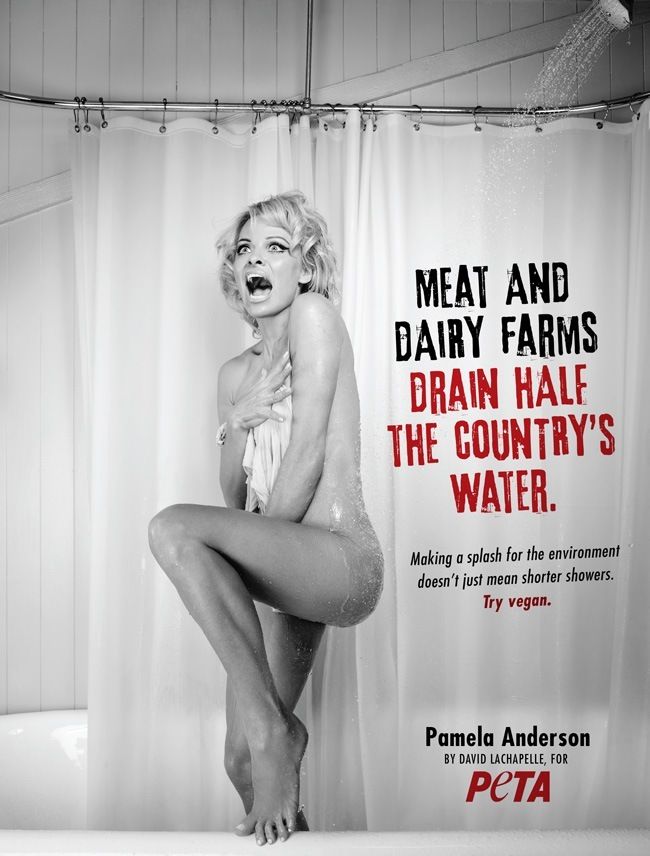 The campaign, “Make a splash for the environment—try vegan,” was unveiled by Anderson on The Ellen DeGeneres Show yesterday. Anderson tells Degeneres, “If you eat a pound of meat, you could, in fact, shower for six months. That’s the same amount of water that goes into a pound of meat.” Anderson adds, “50 percent of the water problem is the meat industry and if you become vegetarian, you reduce your water footprint by 60 percent.”

It’s no surprise that Anderson made the reveal on Ellen because Degeneres herself eats almost entirely vegan, (the exception being the eggs from chickens in her neighbor’s backyard. 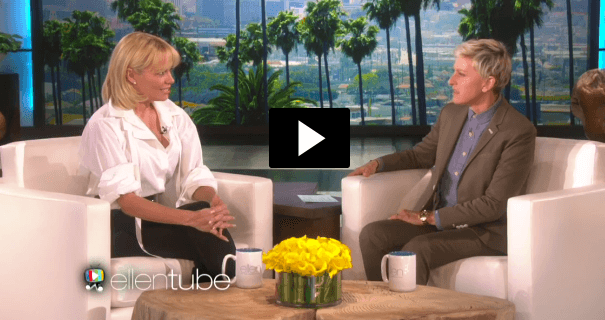 Last month, Gov. Brown issued an executive order mandating cities to reduce their water usage. His administration has since come under fire for exempting some of the biggest water users in the state, including Big Agriculture, which uses an estimated 80 percent of California’s water.

And beef isn’t the only meat product that requires a lot of water, according to PETA: