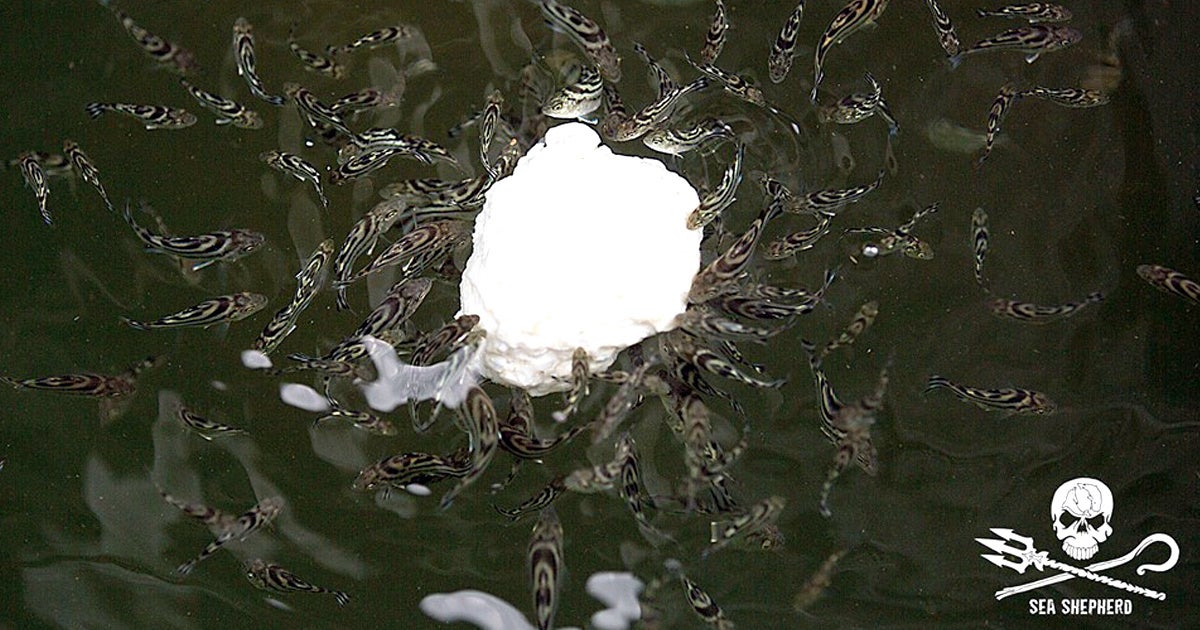 Palm oil is not only disastrous for forests and its inhabitants but—as it turns out—it can also blight our waters and harm marine life.

More than 9,000 tons of palm oil leaked from a cargo ship after a collision in mainland Chinese waters last week, prompting the closure of at least 11 beaches in Hong Kong, sightings of dead fish washing up on beaches and reports of rancid odors wafting from the rotting, congealed mess.

According to the South China Morning Post (SCMP), the collision occurred on Thursday but mainland authorities waited until Saturday to report the incident. Hong Kong residents only learned of the spill on Sunday because of the beach closures.

Environmental experts are questioning why the notification was delayed by two days.

“For some marine life, two days could be too late,” Dr. Tsang Po-keung, an associate professor of science and environmental studies at the Education University of Hong Kong and a member of the government’s Advisory Council on the Environment, told SCMP.

Palm oil is an edible form of vegetable oil that comes from pulping the fruit of oil palms. The product is found in everything from ice cream and crackers to detergents and cosmetics. But production of the ubiquitous oil is also known as one of the leading causes of rainforest destruction and among the biggest threats to iconic wildlife species, such as the Sumatran orangutan.

Gary Stokes of the Sea Shepherd Conservation Society explained that the palm oil spill in Hong Kong is not hazardous to humans, but the bacteria-laden globules could be harmful to dogs if swallowed. 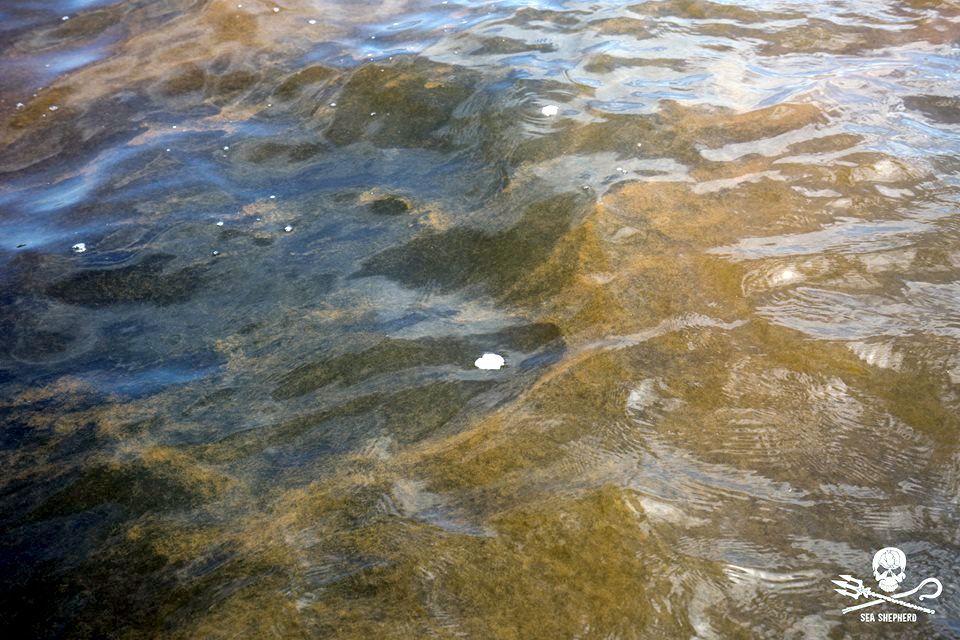 The start of a red tide event mixed with palm oil, a cocktail that we certainly do not need. Raw palm oil chunks that have been washing up on HK shorelines after a collision in the Pearl River Delta caused a spill of allegedly 9,000+ tons of raw palm oil. Gary Stokes / ©Sea Shepherd Global

The long-term ecological consequences could also be troublesome. While the substance will break down over the next few days, it is “a magnet to bacteria,” Stokes wrote on Facebook Sunday.

“Problem will be that it will remove oxygen from waters as it breaks down in much the same way as red tide so a big threat to fish and other marine life,” he pointed out.

In another post today, Stokes detailed how the leak could affect the larger food chain:

“Red tide events do happen, and are brushed off as “natural” yet these events occur when extra “nutrients” (sewage) are in the water. Adding palm oil to this cocktail that we call HK Waters begs to question what the outcome will be. What we can guarantee is that it’s not going to be good for the marine life or environment. Small fish eating raw palm oil, seabirds and dolphins/porpoise eating the small fish as well as the bigger fish that will be eaten by humans. Good time to become a vegetarian/vegan.”

“Just looking at Yung Shue Wan: if this was winter time, you would say that it had snowed. The beach is white. All the sand and all the rocks are covered in white balls of oil. The oil that’s out there on the sea has melted, forming a slick on the ocean,” he said. 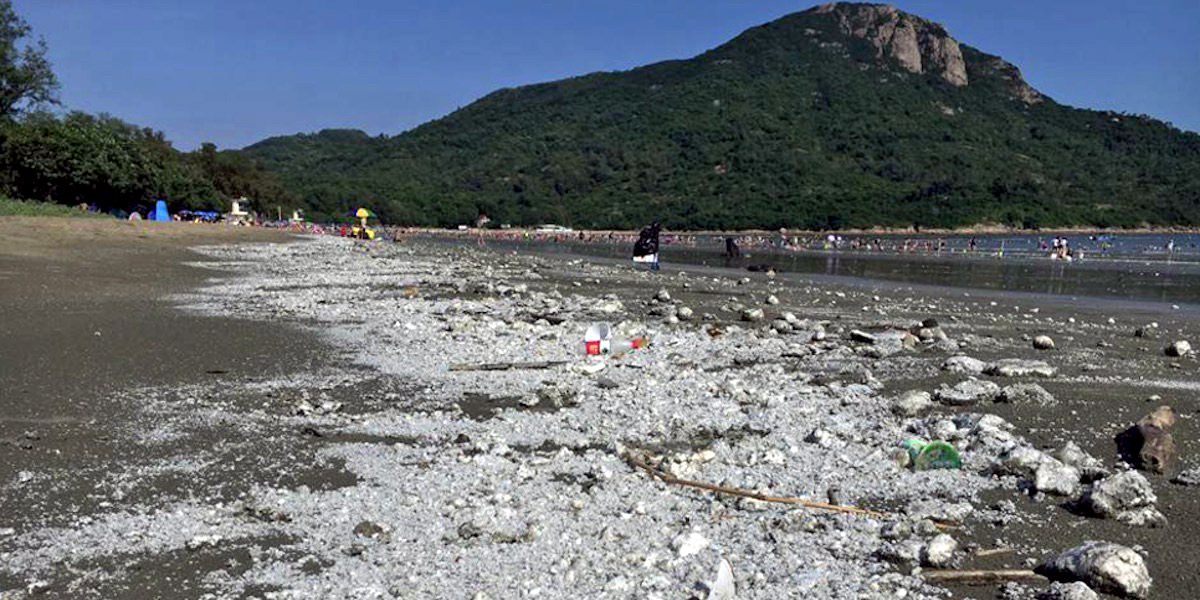 “The oil floating on top of the water is reducing [the] oxygen absorption of fish, meaning that more are dying than usual,” he said. “Another concern is about the birds: herons and other water birds that dive into the water to catch fish. If they get stuck in the oil, or it coats their wings, these birds may end up drowning.”

Cleaning up the mess appears to be a daunting task. Lockyer told HKFP that government workers are struggling to clear the beaches.

“They have been out in 35+ deg heat with shovels and bags cleaning Nga Kau Wan Beach,” Lockyer wrote on Facebook today. “All these workers for two days and yet still only cleaned about 10% of this one beach.”

“Tomorrow we need as many people as we can to attend Nga Kua Wan Beach on west Lamma, locally known as Tannery Beach. There is still tonnes of it, 80% of the beach still needs cleaning,” he added.