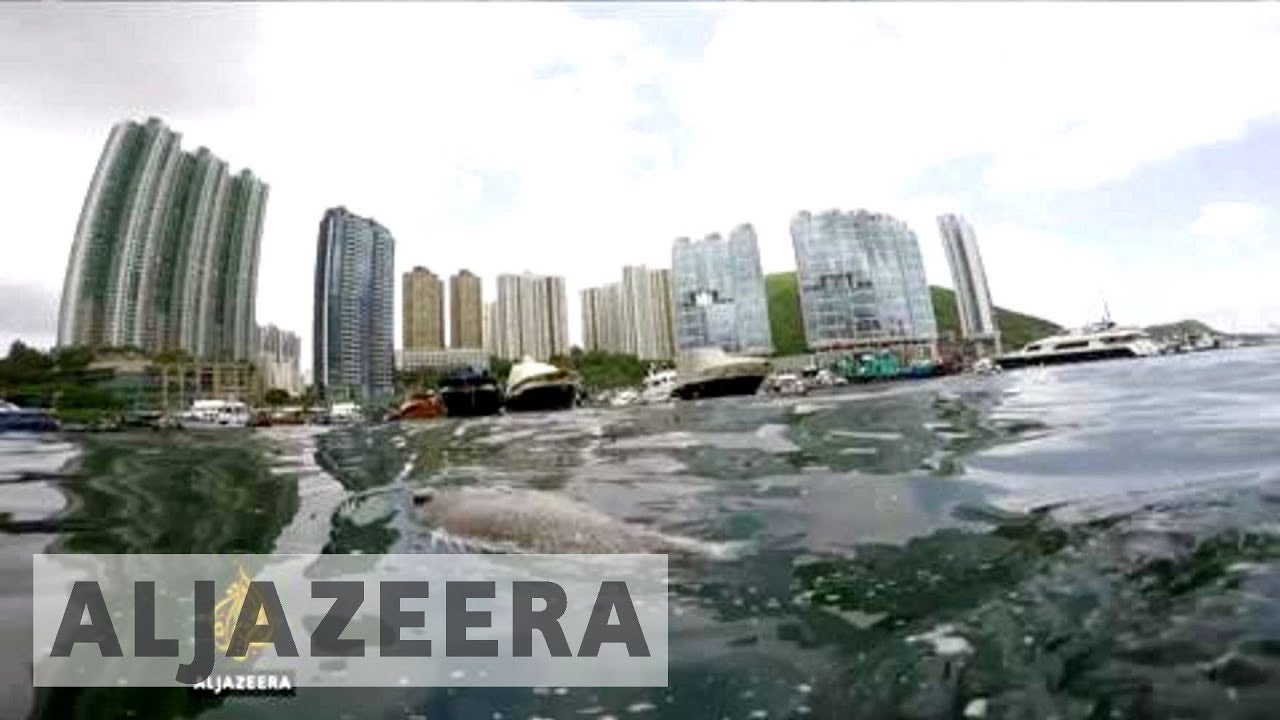 On the night of Aug. 3 two ships collided south of Hong Kong in the approach waters to the Pearl River Delta. According to information obtained from the Tradewinds News, the Japanese GMS chemical tanker Global Apollon and the Pacific International Lines containership Kota Ganteng had a collision but details remain very slim. Details of the damage is also unknown however the Kota Ganteng containership has since sailed onwards to Singapore. The Global Apollon remains at anchor in the waters near the Chinese Guishan Islands just to the South West of Hong Kong’s Soko Islands.

The Global Apollon was carrying 9,000 tons of raw palm oil and a substantial (unknown) amount of this was spilt into the surrounding waters. The Guangzhou authorities dispatched nine vessels to assist and contain from reports we have seen, yet the Hong Kong government claim that they were not told of the spill until Aug. 5. By the time the Hong Kong government found out, large amounts of this palm oil began washing up on Hong Kong’s southern beaches.

Sea Shepherd became aware of the spill on Sunday after concerned citizens started asking what the white goo was and was it hazardous. The Hong Kong government had posted some very small (A4) printed notices at the Gazetted beaches but to this date has not issued any stronger public warnings. In fact the new Under-Secretary for the Environment, Tse Chin-wan has claimed that everything is under control and the spill poses no concern to public health.

Concerned members of the public disagree with this statement after witnessing first hand on their beaches, so they have mobilized to clean what the government should be cleaning. In 2012 there was a huge spill of plastic pellets that covered the beaches of Hong Kong after a ship lost six containers in a typhoon. The Hong Kong public are very much aware of the limitations any government has when faced with an accident of such a scale, and are keen to volunteer their help.

On Aug. 8, Sea Shepherd Global’s Asia Director Gary Stokes wrote an open letter to the director of the Marine Department and other government departments to offer assistance similar to what was offered in 2012. So far Sea Shepherd has only received a “thank you, we’ll get back to you” reply.

During one of the patrols on the Amberjack vessel, Sea Shepherd documented fish feeding on the palm oil, almost in a “state of frenzy.” It is still unclear as to how the palm oil will affect fish, however there have been an increased amount of dead fish washing up on the beaches.

While the palm oil itself is not hazardous to humans, the issue is the bacteria it collects that grows on it. The palm oil has a melting point of 35˚C so in the water remains in a solid form. When it hits the beaches or rocky coastlines it melts. We have found it seeping 4 inches into the sand where it then cools and regains a solid form. This does not bode well at all as it will then take 30 days or so to break down. Much is washed back out to sea, creating an oil slick that reduces oxygen levels in the water in much the same was as “red tide” events.

Similar spills in the UK resulted in the UK Government issuing a public warning to all small children and dogs to avoid the beaches. “In Hong Kong we have witnessed kids playing in amongst the palm oil. Parents said that they have heard it’s ‘perfectly safe’ from the government,” said Gary Stokes. “The sad reality is our addiction to palm oil that is wiping out rainforests in Indonesia and Malaysia to supply our addiction to processed snack foods. As a double environmental hit, this palm oil likely cost rainforest species their habitat and now pollutes the marine habitat, threatening the ocean life of Hong Kong.” 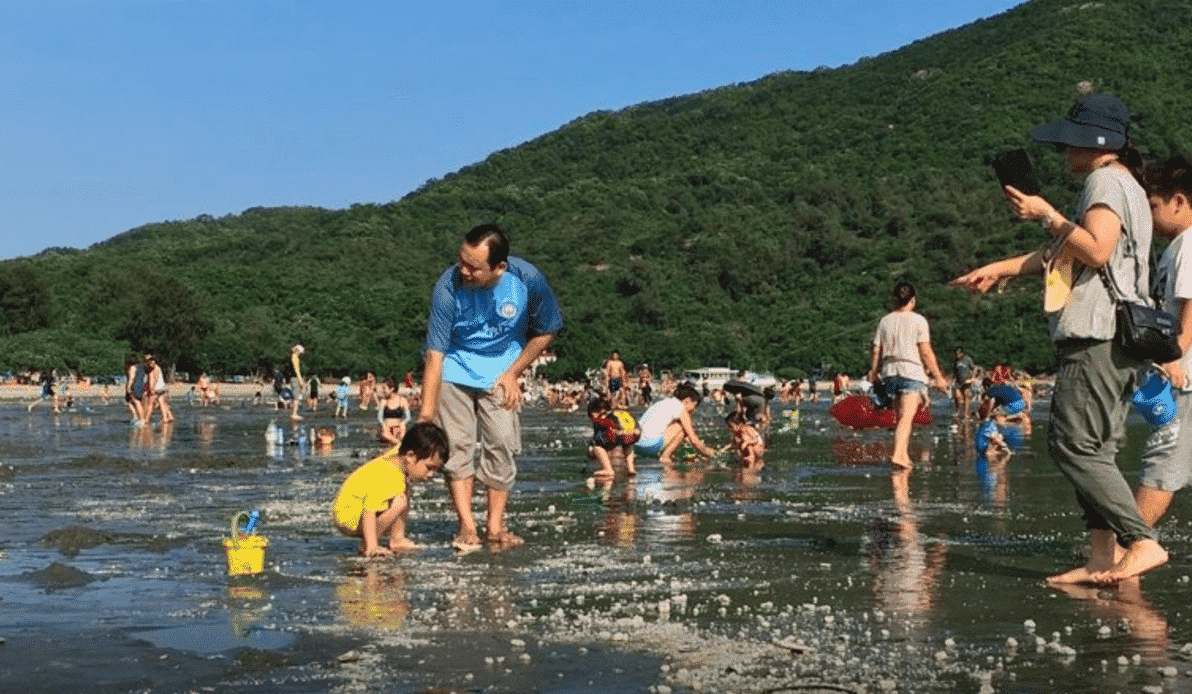 Families on the beaches in Hong Kong despite the lumps of palm oil everywhere. Andy Stokes / Sea Shepherd

Clean up operations continue with volunteers from all over Hong Kong hitting the beaches of Lamma Island where the effects were worst felt. “At times like this everyday heroes appear from the midst and step up when needed and a special acknowledgement must go out to Robert Lockyer, Keilem Ng and Julia Leung amongst many who have been working every day on the beaches coordinating volunteers,” said Stokes.