The Palm Oil Industry Promises Reform, But There’s Still No Sign of Change 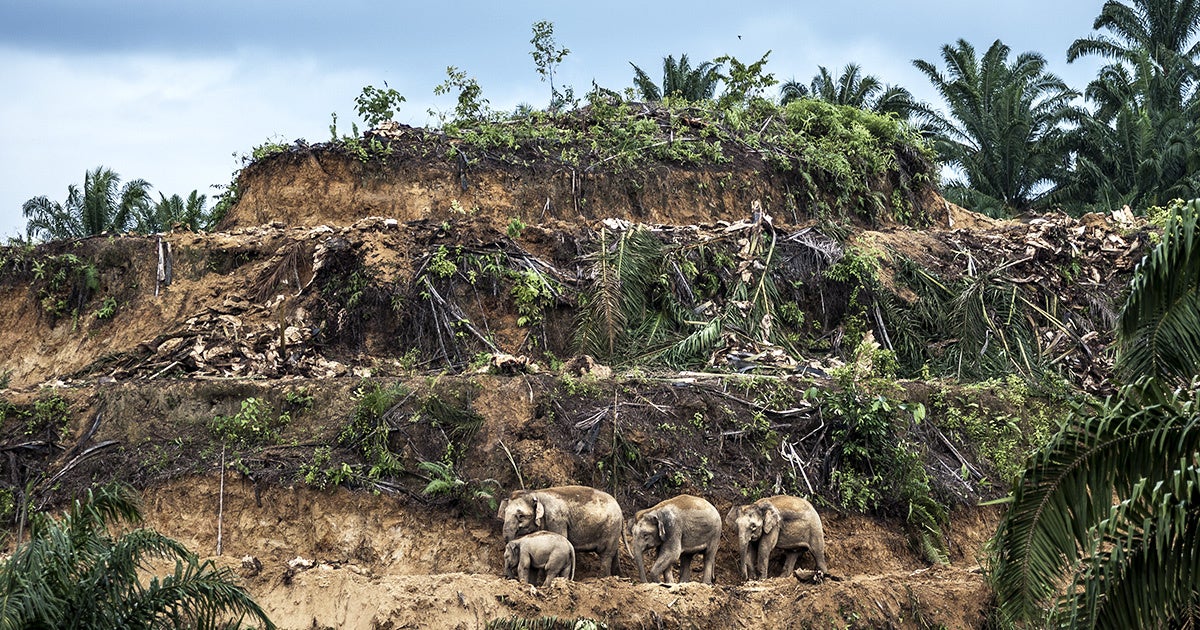 It was 10 years ago that Greenpeace first published an investigation into Indonesia’s palm oil industry.

We showed that the world’s biggest brands got their palm oil from companies destroying Indonesia’s rainforests—threatening local people as well as tigers and orangutans.

As people learned the truth about their shampoo, cosmetics and chocolate bars, brands and their suppliers started to feel the pressure. In 2013, Wilmar became the first palm oil trader to adopt a No Deforestation, No Peat, No Exploitation (NDPE) policy. Others followed suit, and by the end of 2014, most household brands and big palm oil companies had sworn to protect Indonesia’s rainforests.

Greenpeace doesn’t take companies at their word—we watch them closely to make sure they’re keeping their promises. A couple of years ago, we investigated household brands and weren’t that impressed with what we found. So this year, we took a look at the biggest palm oil traders—the companies that brands get their palm oil from.

The results are alarming. Not one of the traders could prove it wasn’t buying from palm oil companies that destroyed rainforests. Most could not even say when there would be no deforestation in their supply chains. Instead of cutting out dirty palm oil, traders have a ‘don’t ask, don’t tell’ policy—they pretend everything is under control while Indonesia’s forests go up in smoke.

Indonesia’s people and environment are paying for the industry’s failure. The country has lost 31 million hectares of forest—an area almost the size of Germany—since 1990. A recent study on Borneo and Sumatra orangutans showed that the population has significantly declined, with destruction of their habitat a leading cause of the crisis. Forest destruction has also contributed to the annual fires and haze crisis that threatens the health of people across Southeast Asia. One study estimated that the 2015 fires crisis contributed to more than 100,000 premature deaths. NGOs have also uncovered widespread human rights abuses in palm oil plantations, including child labor and worker exploitation.

This should be a wake-up call for brands like PepsiCo, Unilever, Procter & Gamble and Mondelez. These brands promised their customers they would cut ties with forest destruction. For too long, brands have passed the buck to their suppliers—the traders whose progress we assessed and found wanting.

It’s time brands took responsibility for the palm oil they’re using. The first step is to tell us where their palm oil really comes from. Then brands need to clean up their supply chains and cut out anyone still destroying forests. That’s the only way we’ll get this destructive industry to change.

Thankfully it’s not all bad news. Just a few weeks ago, scientists discovered a whole new species of orangutan in Sumatra! This is an amazing discovery—but like the rest of the orangutan population, there’s a big risk that their habitat gets destroyed. It’s up to us to make sure that these amazing creatures have healthy branches to swing on in the future.