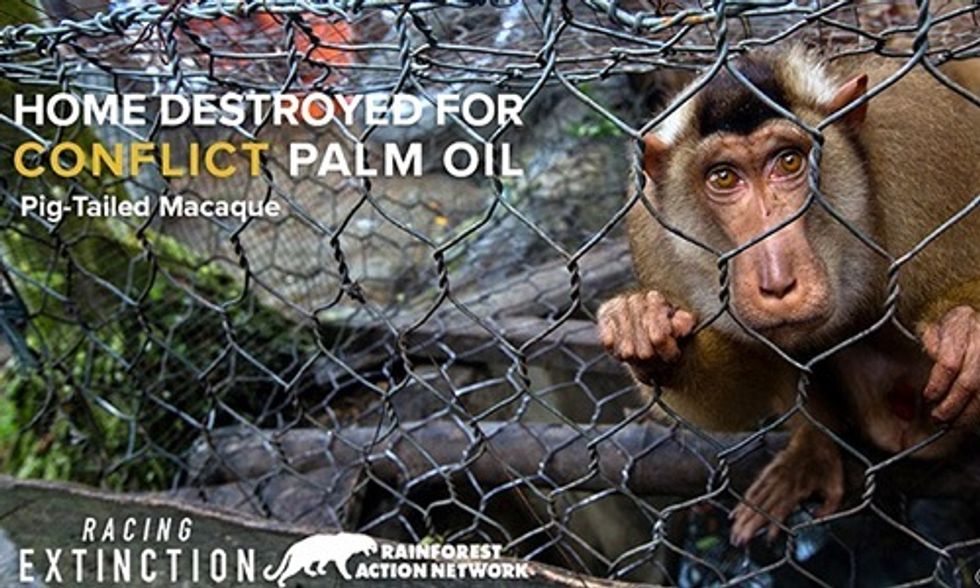 On the heels of the recent release of the highly acclaimed major film Racing Extinction that dramatically exposes the hidden world of the global extinction crisis, the team behind this groundbreaking project has released a new short video highlighting the critical importance of protecting one of the world’s most high priority landscapes for conservation, the extraordinary Leuser Ecosystem.

“Millions of viewers have been moved to tears by the compelling portrayal of Earth’s extinction crisis contained in the groundbreaking film Racing Extinction,” Heather Rally, a wildlife veterinarian who worked on the film’s covert operations, said. “Universally people have left this film asking ‘what can we do?’ This short film is an answer to that question.”

"If we lose the Leuser Ecosystem, we quite literally lose the last place on earth where critically endangered Sumatran tigers, orangutans, rhinos, elephants and sun bears live together in the wild,” Chelsea Matthews, forest campaigner at Rainforest Action Network, said. “And for what? Cheap vegetable oil? We all have a role to play in this palm oil story and we all have much to lose. Given the scale of the climate and biodiversity crisis, we must act now to stop the bulldozing of the Leuser Ecosystem for palm oil."

Stretching more than 6.5 million acres, Indonesia’s Leuser Ecosystem is the last place on Earth that can support, together in the wild, viable populations of rare species like Sumatran tigers, orangutans, rhinos, elephants and sun bears. It provides habitat for at least 105 mammal species, 382 bird species and 95 reptile and amphibian species. Scientists consider Indonesia’s Leuser Ecosystem to be among the most important forests left in Southeast Asia yet we’re losing it for conflict palm oil.

Palm oil is the cheapest vegetable oil on the planet, found in more than half of all packaged goods in an average local supermarket (such as chips, cookies, instant noodles, ice cream, frozen meals, shampoo, lipstick and pet food). The blind growth in demand for palm oil has recklessly pushed massive, industrial-scale plantations deeper into the heart of Indonesia’s rainforests, including the Leuser Ecosystem. If we lose this biodiversity hotspot, we lose many of the unique species that call it home.

There are some places that are just too precious to humanity, too important to the survival of wildlife, to be destroyed for quick corporate profit. The Leuser Ecosystem is high among them. We all have a role to play. We all have something to lose.