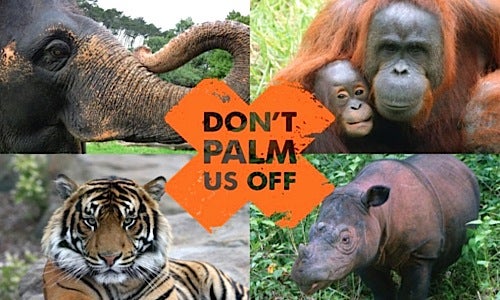 An Indonesian court issued a big blow to a palm oil company for illegally destroying forest land in Sumatra’s protected Leuser Ecosystem, which provides critical habitat for orangutans and other endangered species. 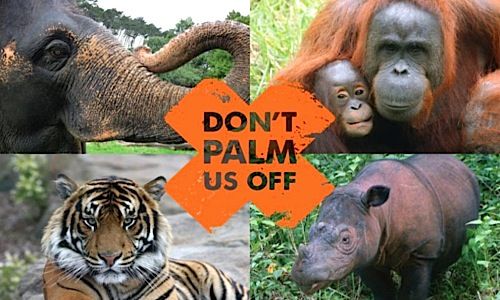 In what’s being called a groundbreaking verdict, the court found palm oil company PT Kallista Alam guilty of illegally burning large areas of the Tripa peat forest in the province of Aceh and ordered it to pay roughly $30 million in fines. An estimated $20 million was allocated for restoration efforts. The court also confiscated land and will be charging a fine for every day the palm oil company delays repayment, reports the Environmental News Service.

In 2011 the government placed a two year moratorium on logging in certain areas, but PT Kallista Alam still got a palm oil concession permit that year that it shouldn’t have, which was later revoked. The attention that the company brought to the area and the continued destruction by several other companies garnered protests from around the world and calls for greater protection for the peat swamp forests of Aceh, which include Tripa, Kluet and Singkil.

The case against against PT Kallista Alam was brought by the Ministry of Environment, and environmentalists are applauding its effort and the ruling. They believe it will send a strong message to other companies and hope it will mean improvements in law enforcement efforts to stop deforestation and protect biodiversity in an area that’s vitally important for the future survival of critically endangered orangutans, along with other species including Sumatran tigers and elephants, Malayan sun bears and rhinos.

“This is a clear message to companies working in Aceh who think they can destroy protected forests and get away with it” said Muhammad Nur, Chairman of WALHI Aceh   (Friends of the Earth Indonesia).

For orangutans, efforts to protect the the Tripa peat forests and Leuser Ecosystem could be their last hope. There are only an estimated 6,500 orangutans left in Sumatra who continue to face threats from deforestation, habitat fragmentation caused by roads, the pet trade and being killed as pests. Conservationists from Sumatran Orangutan Conservation Program (SOCP) estimate that as many as 100 of Tripa’s orangutans have been killed in fires so far.

“Tripa is one of only three remaining peat swamp forests left containing orangutans in Sumatra and its impossible to overstate the importance of protecting every last hectare of each of them,” said Dr. Ian Singleton, SOCP’s director, in a statement.

The Price of Palm Oil

According to the Rainforest Action Network (RAN), nearly 90 percent of palm oil is now grown in Indonesia and Malaysia and the growing demand for it has caused the destruction of some of the Earth’s most valuable rainforests and continues to do so.

International companies continue to put palm oil that has been produced at the expense of the Tripa peat forest and other areas on the market, while its use as a key ingredient in a variety of foods has made it virtually inescapable. This past September RAN called out major food companies, otherwise known as the Snack Food 20, for not ensuring that their palm oil was conflict free.

While advocacy groups and consumers continue to pressure companies to do the right thing, environmentalists are still working to get tougher protection for the Earth’s irreplaceable rainforests. 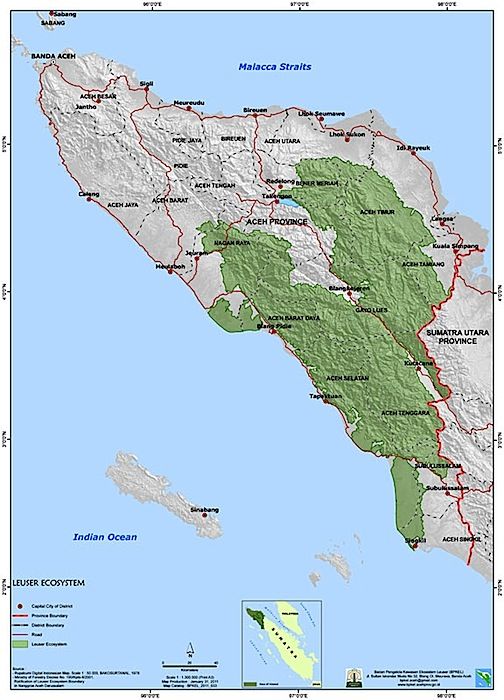 The court ruling was a victory, but the Leuser Ecosystem is still in danger. The government is now under pressure to finalize a controversial and short-sighted spatial land use plan known as Qanun RTRW Aceh that would threaten Aceh’s protected forests by opening the door for palm oil and timber concessions, mining and the development of roads, which will fragment precious habitat, encourage development, cause more conflicts with wildlife and create more access to rare species for hunters.

Not only would this be a huge blow to orangutans and overall biodiversity, but it will also harm local communities. Environmentalists predict that further deforestation will lead to natural disasters that include more flash floods, landslides and erosion, in addition to destroying livelihoods of those that are forest-dependent and threatening the water supply that millions of people rely on for drinking and food production.

The plan also ignores the environmental and economic benefits that the Leuser Ecosystem provides. According to Graham Usher, Landscape Protection Specialist with the Swiss-based PanEco Foundation, “For Aceh alone these have been valued in excess of 400 million dollars per year, and the region’s contribution to mitigating climate change, through its carbon sequestration function probably stretches into billions of dollars.”

Environmental and animal advocacy groups including RAN, SOCP, the PanEco Foundation and Humane Society International, among others, are now urging the government to reject this plan, in addition to urging Aceh’s governor to protect the Leuser Ecosystem as a whole by supporting its nomination as a UNESCO World Heritage Site. The Leuser Ecosystem was recently named one of the world’s most irreplaceable places and the international community is fighting to ensure that it gets the protection it deserves.