Pakistan’s Parliament First in the World to Go 100% Solar 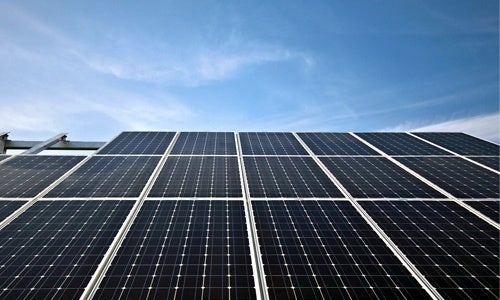 Pakistan’s parliament has become the first national assembly in the world to be powered entirely by solar energy. The legislative body, known as the Majlis-e-Shoora, is in the capital city of Islamabad.

https://twitter.com/350/status/700319684848197638 in Pakistan, and later more public buildings will be converted to solar power to overcome the energy crisis,” Munawar Abbas Shah, special secretary at the national assembly, said previously. “The consumption of electricity in the parliament even jumps over 2 megawatts in summers when the house is in session.”

The Israeli parliament installed solar panels on its roof last year, creating at the time the largest solar array on any national assembly in the world. Its 1,500 panels covered 10 percent of its energy use.

In Pakistan, nearly half of all residents are not connected to the national grid. Residents who are connected to the grid regularly experience rolling blackouts and power outages. And the problem is only expected to get worse in the coming years.

“Within the next few years, Pakistan’s peak power demand is likely to exceed current installed capacity by nearly 10,000 megawatts,” The Wall Street Journal reported. “Total energy demand will nearly double in the next 10 years, and quadruple in the next 60.”

Pakistan’s solar insolation is one of the highest in the world, and foreign investors are taking note. They invested more than $3 billion in Pakistan’s renewable energy sector in 2015.

One example is the Quaid-e-Azam Solar Power Park, a partnership between Pakistan and the Chinese company Xinjiang SunOasis. When the $130 million project is complete in 2017, it will be the world’s largest solar farm. It’s part of a larger project, the $46 billion China-Pakistan Economic Corridor.

Construction on the first phase, a 100-megawatt, 400,000-panel pilot project, was completed last year in just three months. When the entire project is operational, the site could have 5.2 million photovoltaic cells, “producing as much as 1,000 megawatts of electricity—equivalent to an average sized coal-fired power station—and enough to power about 320,000 households,” China Dialogue reported.