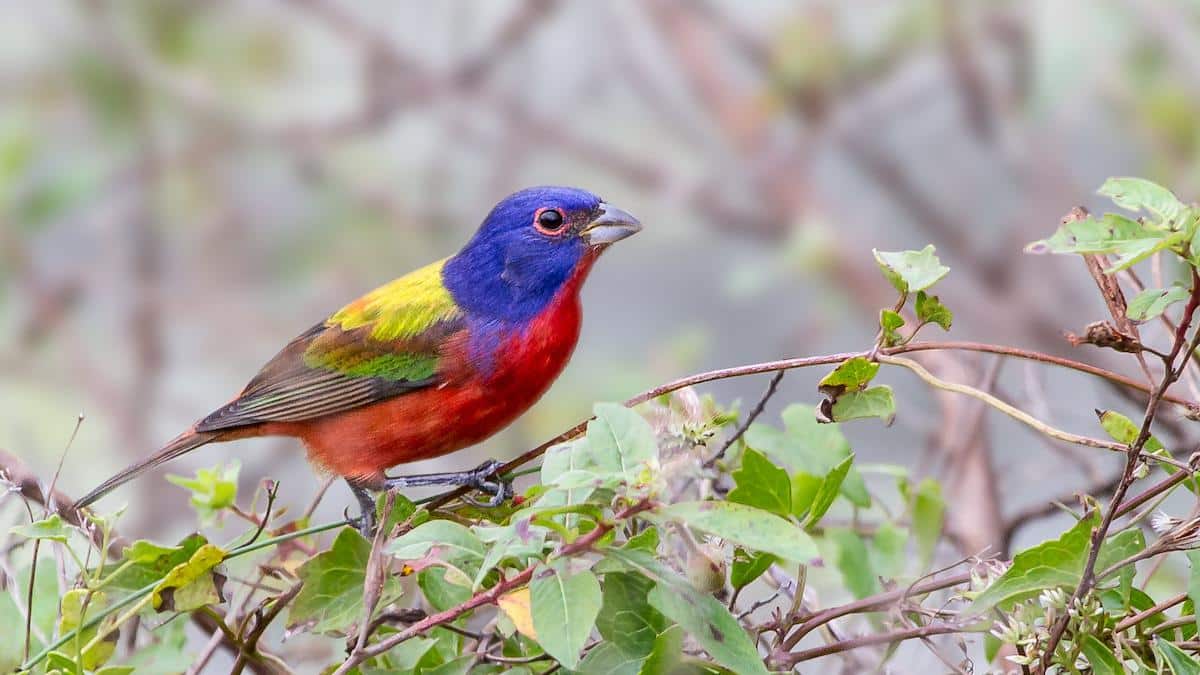 The news that a rare, bright bird had touched down in a Maryland park drew more than 1,000 visitors over the weekend, as birders flocked to catch a glimpse of the unusual event.

The bird in question was a male painted bunting, a bird usually spotted in Florida and other parts of the U.S. South, The Washington Post pointed out. It isn’t known exactly why this one ventured so far north, but a National Audubon Society study found that the painted bunting is one of the birds whose habitat is shifting because of the climate crisis.

“While it’s not a good sign for climate change, a painted bunting – one of my favorite birds – being in our nearby park brings me joy!” University of Baltimore School of Law professor Margaret E. Johnson tweeted Monday.

Adult male painted buntings have a bright blue head, red underpants and a green back, while females are green, according to eBird.

“They look like a splash of tempera paints splashed all over a canvas,” Carla Morris of Potomac, Maryland told The Washington Post.

Morris was one of more than 1,100 people who visited Maryland’s Chesapeake & Ohio Canal National Historical Park Saturday after a sighting of the bird in that park was initially announced on eBird the week before. Saturday was sunny, and the park saw around double its number of visitors for a nice winter day. At 3 p.m., more than 80 cars were still waiting to enter the park. On Sunday, which brought rain and cold temperatures, more than 100 people still visited the park, mostly to see the bird.

Morris, who saw her first painted bunting in Florida, said the surprise sighting was especially important to her after she lost her father to COVID-19 in 2020.

While painted bunting sightings are rare in Maryland, they are not unheard of, especially in winter. The Maryland Biodiversity Project reports 47 total sightings of the bird, mostly at feeders during the colder months.

The painted bunting’s numbers have declined in recent decades, according to the National Audubon Society. Threats include cowbirds, who parasite their nests. They are also frequently captured in the tropics for use as pets.

Their range is projected to expand north due to the climate crisis, but should not extend as far north as Maryland with even more than three degrees Celsius of warming. The main climate related threats facing the bird are spring heat waves at more than 1.5 degrees of warming and urbanization at more than three degrees, since they will need now developed areas as part of their new range.