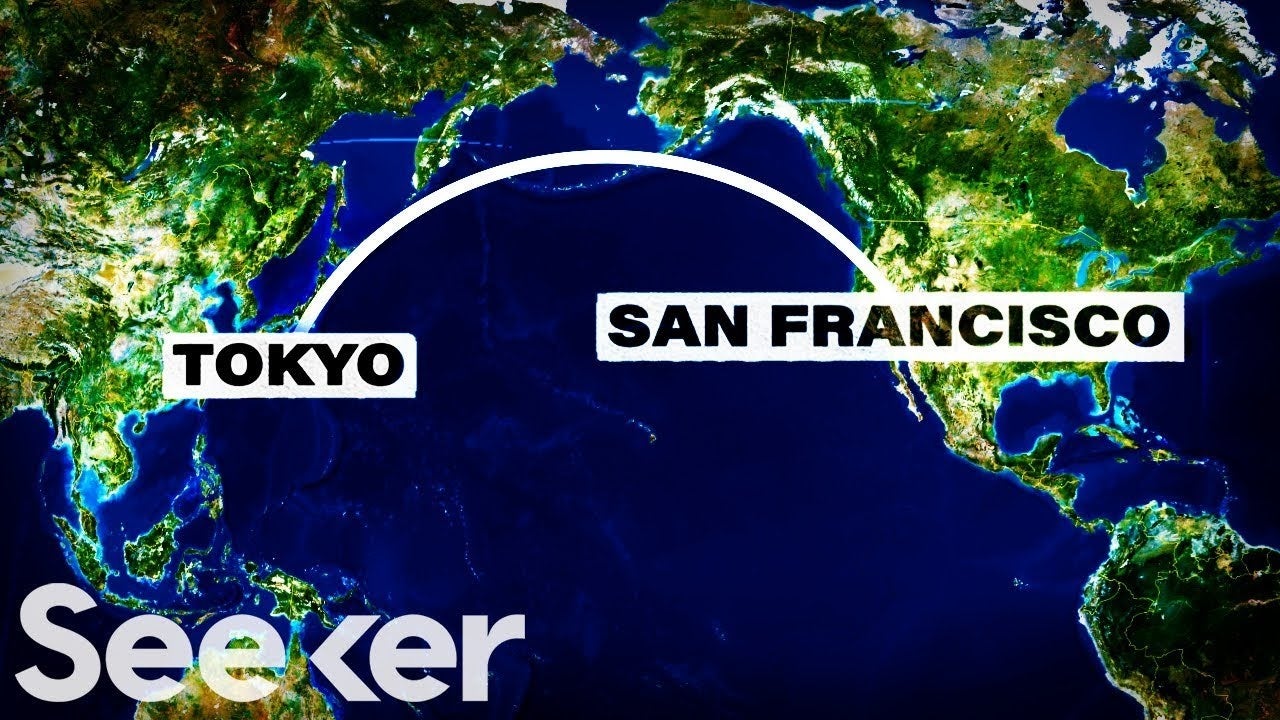 Ben Lecomte, the first man to swim across the Atlantic in 1998, will attempt another grueling, history-making ocean crossing.

On Tuesday, the 50-year-old Frenchman and his crew will set out from Tokyo for a 5,500-mile swim across the Pacific, Reuters reported. If all goes as planned, Lecomte will arrive in San Francisco six to eight months later.

The purpose of “The Swim” is not just to break a record. “The mission of my historic swim is to bring to light the current state of our oceans,” Lecomte said in a statement, adding that the research he and his team collect “will ultimately help us better protect our oceans.”

According to a press release, Lecomte and the crew are collaborating with 27 scientific institutions, including NASA and Woods Hole Oceanographic Institution. Along the trans-Pacific journey, the team will collect more than 1,000 samples to help understand the ocean’s state, from mammal migrations to plastic pollution. The route will cut through the infamous Great Pacific Garbage Patch, a massive trash vortex floating off the coast of California.

“I remember my father and he was the one who taught me how to swim in the Atlantic. I remember times when we would go on the beach and walk and never see any plastic. Now, everywhere I go, on the beach I see plastic everywhere,” Lecomte told Reuters.

“If we are all aware of it then after it is much easier to take action and to change our behavior because the solution is in our hands. We know what we have to do.”

Among other endeavors, the team will also collect data on the spread and concentration of radioactive seepage from Japan’s Fukushima nuclear disaster in 2011. The effort will also help medical researchers gain insight about endurance, the human body in extreme conditions, as well as the effect of low gravity on bones and vision.

Lecomte spent the last four years training for the event. Once in the waters, he will kick and paddle for eight hours a day, covering about 30 miles and burning though 8,000 calories. For the rest of the day, the swimmer will recover and refuel on a sailboat with his support team. Doctors and other specialists on land will monitor his physical condition and provide any required support.

Lecomte partnered with science publisher Seeker.com and Discovery to bring the expedition and its scientific findings to viewers around the world. The journey will be captured in multiple platforms, including live video from the boat, Instagram stories and weekly swim updates. The effort will culminate with a feature-length documentary in 2019.

“Not only are we documenting history, but we will be creating never-before-seen content in real-time from deep in the Pacific. Additionally, Seeker will shed light on key marine conservation issues, with the goal of driving viewers to take action to reverse the negative impact that humans have had on our oceans.”

Lecomte’s 1998 swim from Cape Cod to France measured 3,700 miles over 73 days. After his incredible feat, he told Oprah Winfrey on her talk show: “When I arrived after swimming the Atlantic, my first words were, ‘Never again.’ Then a few months after, I said, ‘No, I need to go back.’ It’s something that I need. It’s within me. I need to find another challenge and to push myself.”