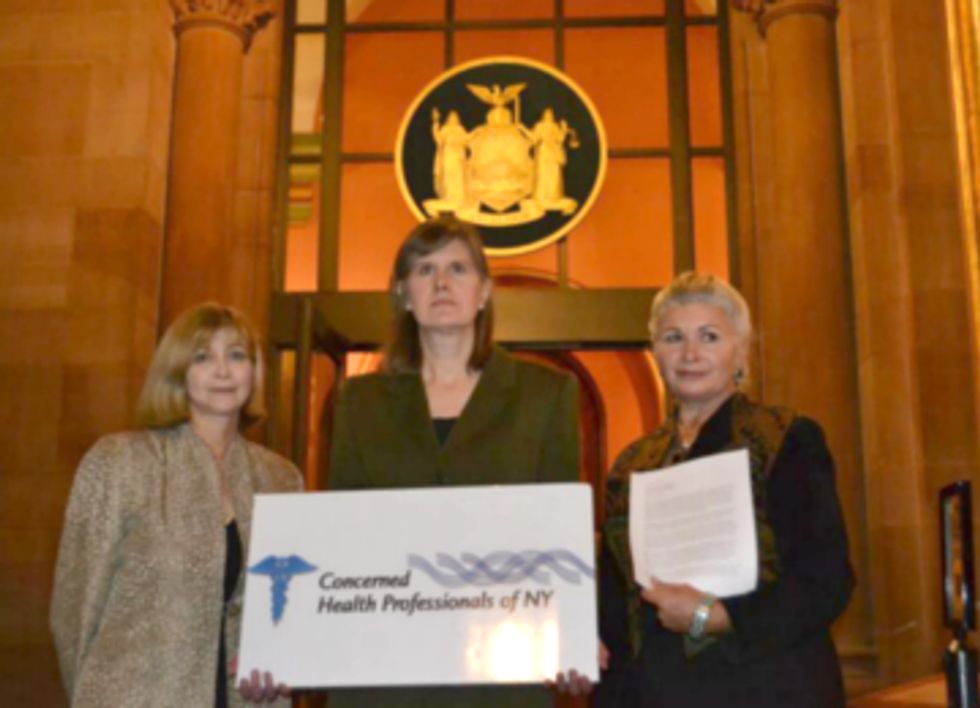 Early results from an on-the-ground, public health assessment in Washington County, PA, indicate that environmental contamination is occurring near natural gas drilling sites and is the likely cause of associated illnesses. We are alarmed by these preliminary findings. They show that—after only six years of drilling—human exposure is occurring and people are getting sick. The presence of any sick people gives lie to industry claims that high volume hydraulic fracturing—fracking—is “safe.”

Focusing on the early low numbers from this ongoing study, however—as does a recent Associated Press story—is misleading. The 27 cases documented by the Southwest Pennsylvania Environmental Health Project team are not a surveyed sample of the region’s population, nor were they recruited to be part of a study. They are patients from a single rural clinic who came in seeking help. As such, these early figures could easily be the leading edge of a rising wave of human injury.

Furthermore, these 27 people represent only those suffering acute problems. Chronic illnesses can take years to manifest. Mesothelioma from asbestos, thyroid cancer from radiation, mental retardation from lead poisoning, birth defects from the rubella virus: all these now-proven connections began with a handful of case studies that, looking back, were just the tip of an iceberg.

We know that many of the chemicals released during drilling and fracking operations—including benzene—are likewise slow to exert their toxic effects. Detection of illness can lag by years or decades, as did the appearance of illnesses in construction workers and first responders from exposure to pollution in the 9/11 World Trade Center response and clean-up.

The early results from the Southwest Pennsylvania Environmental Health Project study implicate air contamination as the likely cause of three-quarters of the associated illnesses so documented. In some cases, starkly elevated levels of fracking-related air pollutants were found in the air inside of people’s homes. This is an unacceptable problem:  breathing is mandatory and, while a drinking water source might be replaced, air cannot.

A minority of cases suffered from likely exposures to tainted water, but these low numbers are not reassuring. Many exposures related to natural gas extraction increase over time. First come airborne exposures, as seen in Washington County and around the country where drilling and fracking is taking place. In a small percentage of communities near drilling operations, water contamination also takes place immediately due to failure of the well casings. But, more often, water contamination is a delayed response. Well casings continue to fail as they age—up to 60 percent over 30 years—and, as they do, we expect health effects from waterborne contaminants to rise and spread to more communities.

Thus, each well is potentially the center of an expanding circle of illness. At first there are only a few cases, but the ultimate result may be widespread contamination.

In the Associate Press story, the gas industry argues that lives are saved by cleaner burning natural gas. Even if there is any truth in that claim, saving U.S. lives from emissions from shamefully antiquated coal plants should not require sacrificing unconsenting children and families to contaminated air and water from fracked wells and the transportation of gas. Creating new health hazards to replace the old is unethical when clean, safe, renewable forms of energy exist.

Given that exposures and illness increase over time and given that many instances of contamination and illness related to fracking never come to light due to non-disclosure agreements with the industry, we cannot accurately quantify the extent of our problems with gas drilling. We do know they are here, and we have every reason to expect that they are not yet fully visible and they are growing.