Human Cooperation Can Restore Climate Patterns: The Case of the Ozone Layer and the Southern Jet Stream 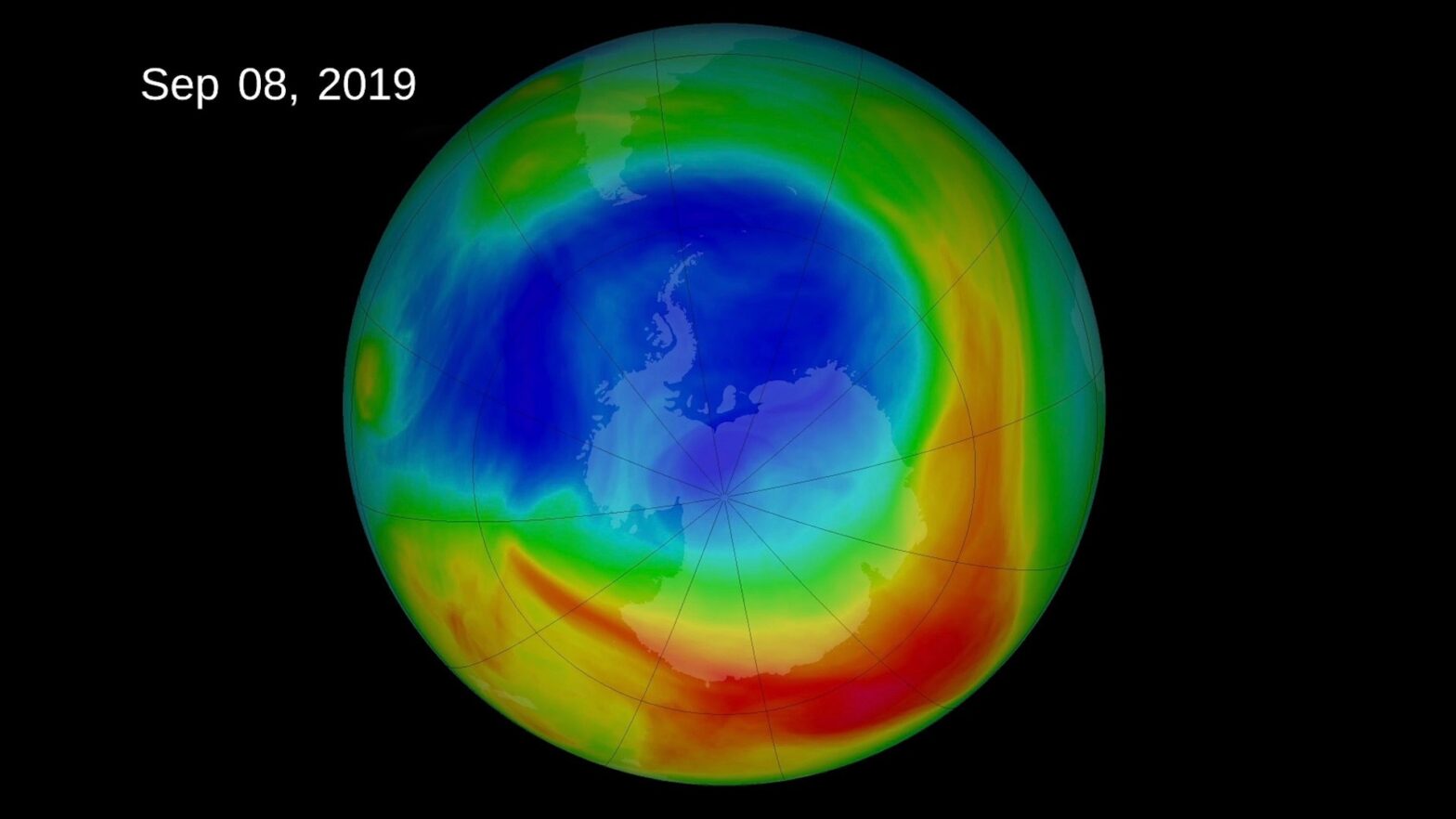 The ozone hole in 2019 was the smallest since its discovery. NASA

Now, a study published in Nature Wednesday found that the 1987 Montreal Protocol banning those substances wasn’t just successful in helping to repair the ozone hole. It also paused this jet stream shift.

“This is an object lesson in how the international community should react to global environmental challenges,” the study’s authors concluded. “Restricting dangerous emissions and changing business practices is also the way to combat global warming caused by greenhouse gases.”

Previous research had shown that the jet stream in the Southern Hemisphere had been shifting south by one degree of latitude each decade until 2000, The Guardian reported. This caused changes to storms and rainfall in South America, East Africa and Australia.

But after 2000, the shift stopped, and researchers were able to use a combination of models and computer simulations to determine this pause was down to the shrinking ozone hole, and not natural causes, ScienceAlert explained. In fact, the shift may have even begun to reverse.

This is a relief to some parts of the world.

“The ‘weather bands’ that bring our cold fronts have been narrowing towards the south pole, and that’s why southern Australia has experienced decreasing rainfall over the last thirty years or so,” Ian Rae, an organic chemist from the University of Melbourne who was not involved in the study, said, according to ScienceAlert! “If the ozone layer is recovering, and the circulation is moving north, that’s good news on two fronts (pun not intended).”

In Chile and Argentina, the reversal will bring more rain and less ultraviolet light, but farther north in South America and in parts of East Africa the change could actually reverse the greater rain and area available for agriculture that it had brought, The Guardian explained.

On a global scale, however, the news is a hopeful example of how we might act on the climate crisis.

“This is good news, definitely,” paper reviewer Alexey Karpechko of the Finnish Meteorological Institute told The Guardian. “It shows our actions can stop climate change. We can see coordinated action works. It is a strong message to us as emitters of greenhouse gases. This shows we can manipulate the climate both ways: in a wrong way and by reversing the damage we have done.”

However, our failure to act collectively on greenhouse gasses so far means that the reversal in the jet stream’s shift is not guaranteed to last: While the recovering ozone layer pushes it back to normal, greenhouse gas emissions draw it south again.

“We term this a ‘pause’ because the poleward circulation trends might resume, stay flat, or reverse,” lead author Antara Banerjee, a NOAA scientist and visiting fellow at the University of Colorado Boulder, said in a university press release. “It’s the tug of war between the opposing effects of ozone recovery and rising greenhouse gases that will determine future trends.”