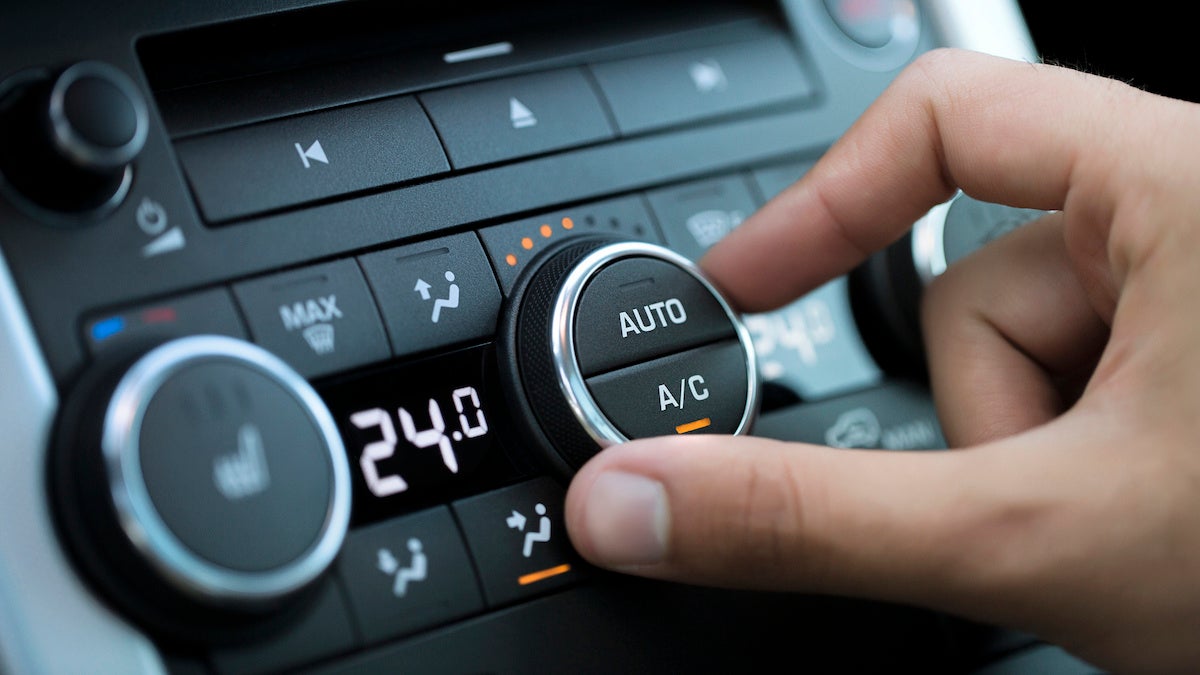 Since 2017, car manufacturers in Europe and the U.S. switched to a different coolant for air conditioning called HFO-1234yf, which breaks down into forever chemicals. hiphotos35 / iStock / Getty Images Plus

The Montreal Protocol of 1987 committed nations around the world to stop using the chlorofluorocarbons (CFC) that created a hole in the ozone layer. While it stands as one of the most effective environmental commitments the globe has seen, new research shows the side effects have been costly as chemicals dangerous to human health build up in the environment, as the BBC reported.

New research published in the journal Geographical Research Letters analyzed Arctic ice and found an unintended consequence of the Montreal Protocol. The compounds that replaced CFCs have been transported and transformed in the atmosphere, depositing far from their sources. The new generation of chemicals that replaced Freon, but are used in refrigerators, air conditioners and new cars have been accumulating since 1990.

“Our results suggest that global regulation and replacement of other environmentally harmful chemicals contributed to the increase of these compounds in the Arctic, illustrating that regulations can have important unanticipated consequences,” said Cora Young, a professor at York University in Canada, and an author of the paper, in a York University statement.

Scientists first discovered ozone depletion in the 1970s when they detailed the deterioration of the stratospheric ozone layer around the earth’s poles. As the hole over Antarctica opened and expanded, scientists found that the depletion of ozone was responsible for a greater intensity of ultraviolet radiation from the sun, causing an increase in the prevalence of skin cancer, eye cataract disease and other harmful effects on humans, as Courthouse News reported.

Scientists were soon able to pinpoint manufactured chemicals used in air conditioners and refrigerators, as well as solvents, propellants and chemical agents found in foam as the cause of the depleted ozone layer.

Now pollution from the chemicals that were created to replace the CFCs, known as short chain perfluoroalkyl carboxylic acids (scPFCAs), has proliferated around the world. The replacement chemicals are a class of PFAS, or forever chemicals, that have polluted waterways and made groundwater in certain areas toxic to drink.

“Our measurements provide the first long-term record of these chemicals, which have all increased dramatically over the past few decades,” said Young in a statement. “Our work also showed how these industrial sources contribute to the levels in the ice caps.”

The York University statement added that the chemicals are able to “travel long distances in the atmosphere and often end up in lakes, rivers and wetlands causing irreversible contamination and affecting the health of freshwater invertebrates, including insects, crustaceans and worms.”

“We’re seeing much, much larger levels, on the order of 10 times higher now than we saw before the Montreal Protocol,” said Young, as the BBC reported. “We don’t know a lot about them and their potential toxicity, but we do know that we are committing the environment to a great deal of contamination.”

As the globe heats up, our desire for air conditioning increases. That has spelled trouble for new cars. When car manufacturers stopped using CFCs in a car’s air-conditioner, they switched to a chemical called HFC-134a. While it did not destroy the ozone layer, it turned out to be a powerful greenhouse gas, around 1,400 times more warming than CO2, according to the BBC.

Since 2017, car manufacturers in Europe and the U.S. switched to a different coolant for air conditioning called HFO-1234yf, which breaks down into forever chemicals.

“It has a very low global warming potential, but has a much higher propensity to form these persistent products,” said Young to the BBC. “It will be again another shift, where we see an even more dramatic increase.”