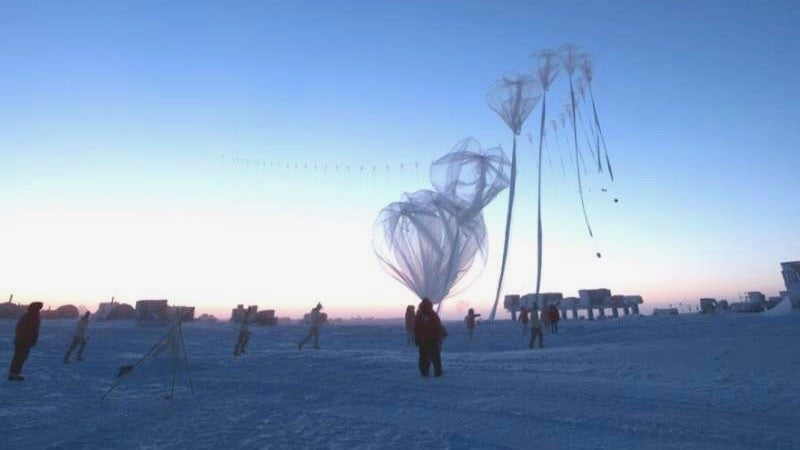 An ozone depleting gas is on the decline after rising since 2012, according to preliminary data reported by scientists yesterday, as the New York Times reported.

Scientists were previously shocked to learn that levels of a banned gas, the most abundant form of chlorofluorocarbons (CFCs) known as CFC-11, which was supposed to have been worldwide production stop by 2010 was actually on the rise again. The gas is partly responsible for degrading the ozone layer and creating a hole that hovers over Antarctica every September, according to the National Ocean and Atmospheric Administration (NOAA).

Researchers from NOAA published a paper in the journal Nature last year that pinpointed an area in eastern China where unreported production of the gas was taking place. They found that from 2014 to 2016, emissions of CFC-11 increased by 25 percent above the average measured from 2002 to 2012. “We’re raising a flag to the global community to say, ‘This is what’s going on, and it is taking us away from timely recovery of the ozone layer,'” said NOAA Scientist Stephen Montzka, the study’s lead author, in a NOAA press release in 2018. “Further work is needed to figure out exactly why emissions of CFC-11 are increasing, and if something can be done about it soon.”

If the emissions increase went unabated, NOAA said that it would impede progress in restoring the ozone layer, which protects all of life on Earth from harmful solar radiation, as the New York Times reported.

Another paper published this spring found that 40 to 60 percent of global emissions were coming from two provinces in the eastern part of mainland China.

The new findings suggest that China has made significant headway in curtailing illegal production of the gas, which is used to make insulating foams, as the New York Times reported.

The new data was presented in Rome by a NOAA scientist, Montka. CFCs were first banned in 1987 at the Montreal Protocol, which is largely considered the most successful environmental pact in history. The success of phasing out production of CFCs as refrigerants and aerosol propellants has led to a remarkable recovery of the ozone layer, which may be fully restored by the middle of this century, according to the New York Times.

Signatories of that protocol are holding their annual meeting this week in Rome and CFCs are on the agenda once again.

“The good news is, the report this morning shows emissions now going down significantly,” said Durwood Zaelke, president of the Institute for Governance and Sustainable Development, a research and advocacy organization based in Washington DC, as the New York Times reported.

For its part, China, which initially denied that its factories used CFC-11, walked back that position and submitted a report that detailed how it has ramped up monitoring and enforcement efforts, given inspectors equipment to instantly detect the presence of CFC-11, and built six regional testing laboratories. It also detailed the destruction of three factories that were producing CFC-11, as the New York Times reported.

“China is clearly taking the issue very seriously and responding well,” said Zaelke to the New York Times. “But that’s not where the story ends.”

He added that the Chinese report leaves unanswered questions about where the illegal emissions are coming from and how to stop them in the future.