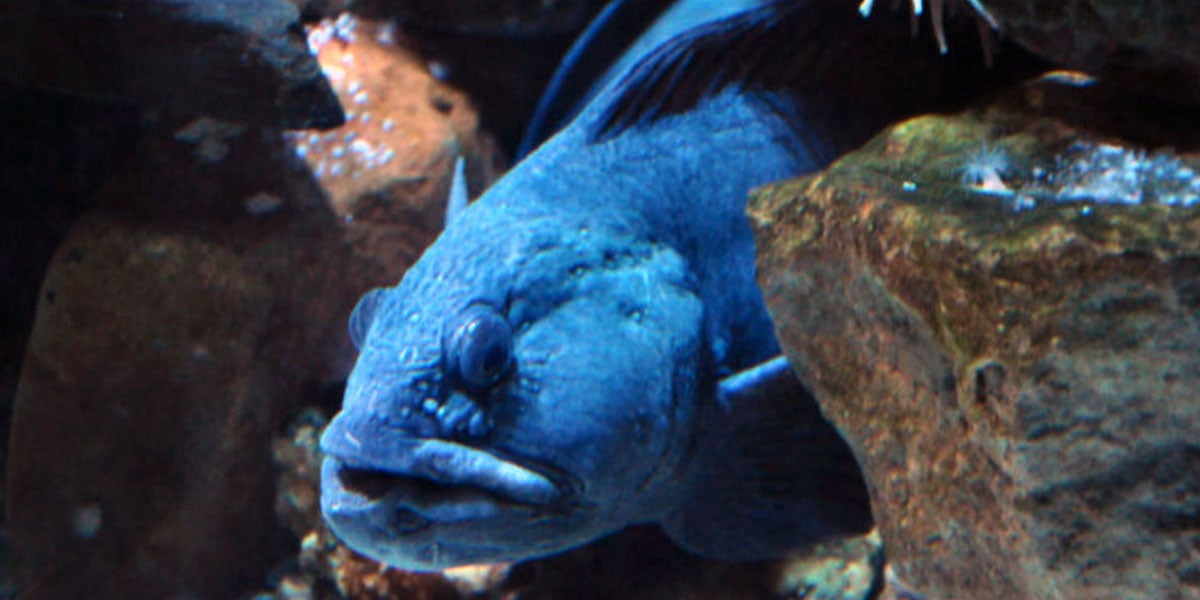 Oceanographers have identified an act of slow suffocation, as oxygen loss grows near one of the world’s richest fishing grounds, and are linking the change to human-triggered global warming.

They have measured a dramatic drop in levels of dissolved oxygen deep in the Gulf of St Lawrence, in eastern Canada, and they link this increasing strangulation to shifts—connected to climate change driven by ever higher ratios of carbon dioxide in the atmosphere, as a consequence of the profligate burning of coal, oil and natural gas—in the Gulf Stream and the Labrador Current.

As carbon dioxide and other greenhouse gas levels have risen in the past 100 years, the Gulf Stream has shifted northward, and the Labrador Current has weakened. As a consequence, according to new research in Nature Climate Change, more warm, salty and oxygen-depleted water from the Gulf Stream is getting into one of the world’s great waterways.

Lower oxygen levels have already affected the Atlantic wolffish, the researchers say. And the change is a threat to the Atlantic cod, and the Greenland halibut: two of the world’s most prized commercial catches.

“Observations in the very inner Gulf of St Lawrence show a dramatic oxygen decline, which is reaching hypoxic conditions, meaning it can’t fully support marine life,” said Mariona Claret, of the University of Washington, who led the study.

“The oxygen decline in this region was already reported, but what was not explored before was the underlying cause.”

Researchers have warned for years that warmer waters mean lower levels of dissolved oxygen, and therefore ever greater risk of “dead zones” in the world’s oceans. There has been evidence that rates of oxygen depletion are higher than expected and direct evidence that fish may be voting with their fins, by migrating northwards as the oceans heat up.

Canadian fishery authorities have been measuring the salinity and temperature in the St. Lawrence seaway since 1920, and oxygen levels since 1960. The latest study finds that the changes there have been more than twice the average change of 2 percent measured for the Atlantic and the oceans as a whole.

An intricate, detailed computer simulation of the gulf and the seaway shows that the Labrador Current, which brings cold, oxygen-rich water southwards, has faltered, and the Gulf Stream—already warm and less oxygenated—has gained in ground.

The study also links shifts off coastal Canada to the bigger picture of an alarming decline in a marine monster called the Atlantic Meridional Overturning Circulation, which plays a powerful role in the climate of the North Atlantic.

The scientists speculate—their word—on the possibility that the lower oxygen levels in one watery corner of Canada “may ultimately influence the oxygen variability of the open North Atlantic.”

More alarmingly, they warn that their computer simulation may be delivering a very conservative picture, and that future oxygen declines in the Gulf may be “significantly larger.”

Reposted with permission of our media associate Climate News Network.