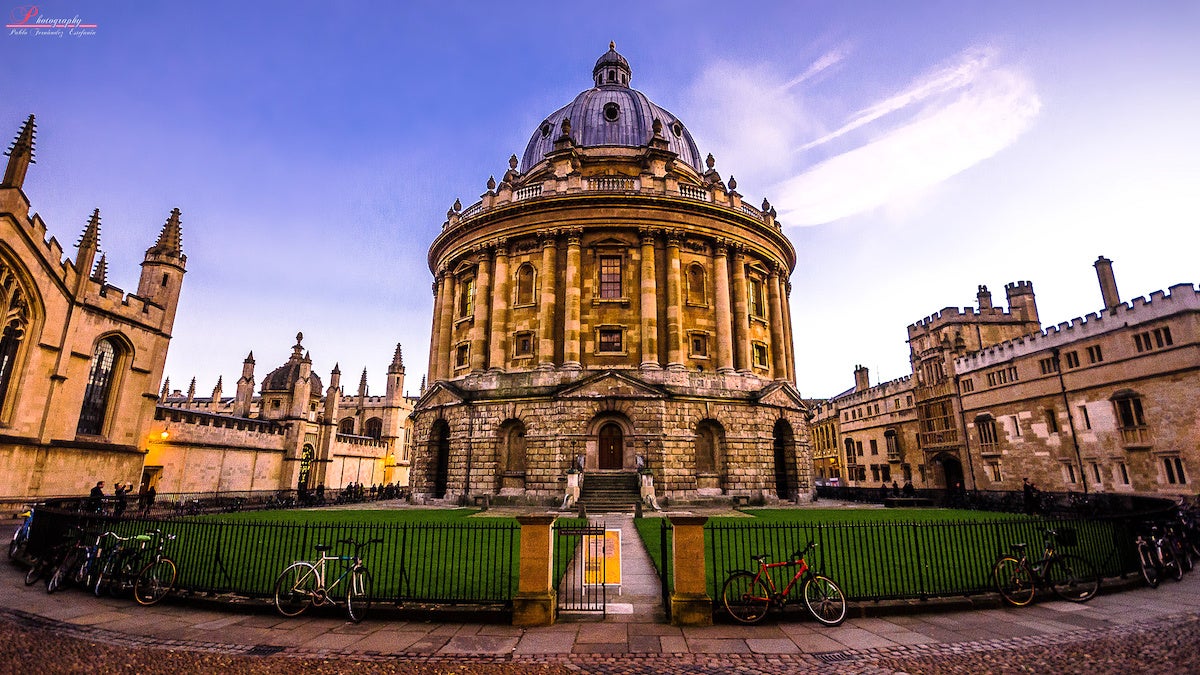 The Radcliffe Camera at the University of Oxford, England on Nov. 30, 2014. Pablo Fernández / Flickr

At the behest of student activist raising awareness about the climate crisis, universities around the world have recently been pulling their investments from the fossil fuel industry.

The University of California pulled all billion in its pension and endowment funds from gas, coal and oil in the fall. Sustained pressure from Georgetown University Fossil Free successfully persuaded the school to divest from fossil fuels and boost its investments in renewable energy earlier this year.

The latest school to commit to a fossil-free future is the renowned British institution the University of Oxford, which also asked its fund managers to show evidence of net-zero business plans, as the BBC reported. The school, which has more than .7 billion in its endowment fund, made the announcement on Monday.

The Oxford Climate Justice Campaign (OCJC) said the resolution was of “historic importance,” as the BBC reported.

Vice-chancellor Professor Louise Richardson said it would make the university a “world leader in reducing carbon emissions and tackling climate change before it is too late.”

However, the University of Oxford is late to the party. In 2015, the university said it would stop investing in the worst polluting fuels, but it stopped short of a total divestment, according to the BBC.

Since 2012, student campaigns have sought to marginalize companies like Shell and BP, which profit from actions that contribute to the climate crisis. As of January, the National Union of Students, People & Planet and Students Organizing for Sustainability UK had successfully lobbied 77 universities in the UK to end their investments in fossil fuels, as The Guardian reported.

In a press release, Oxford announced that it would follow the guidelines set forth in the Oxford Martin Principles for Climate-Conscious Investment. That framework helps connect climate-conscious investors with companies around the world working to create a sustainable future. It also helps assess whether an investment will foster the goals of the Paris agreement.

“Their work is just part of the sector-leading environmental research across Oxford in such areas as climate economics, biodiversity, resource security, transition in energy use and climate change modeling,” the press release said.

Professor Cameron Hepburn, director of the Smith School of Enterprise and Environment, added: “This is not mere divestment; this is a commitment to divestment plus engagement, according to the Oxford Martin Principles, to help accelerate progress towards net zero emissions. It is right that Oxford’s leadership on the science, economics and finance of the transition to net zero emissions should be consistent with how we invest our endowment.”

Of course, while the goals of a net zero future are admirable, the reasoning behind the divestment is not necessarily altruistic. Coal has been a losing investment for years and the energy sector has not produced favorable returns for institutional investors.

Writing in The Los Angeles Times when the University of California divested from fossil fuels, investors said, “We believe hanging on to fossil fuel assets is a financial risk.” They went on to say that renewable energy sector is a growth opportunity.

“We have been looking years, decades and centuries ahead as we place our bets that clean energy will fuel the world’s future. That means we believe there is money to be made. We have chosen to invest for a better planet, and reap the financial rewards for UC, rather than simply divest for a headline.”