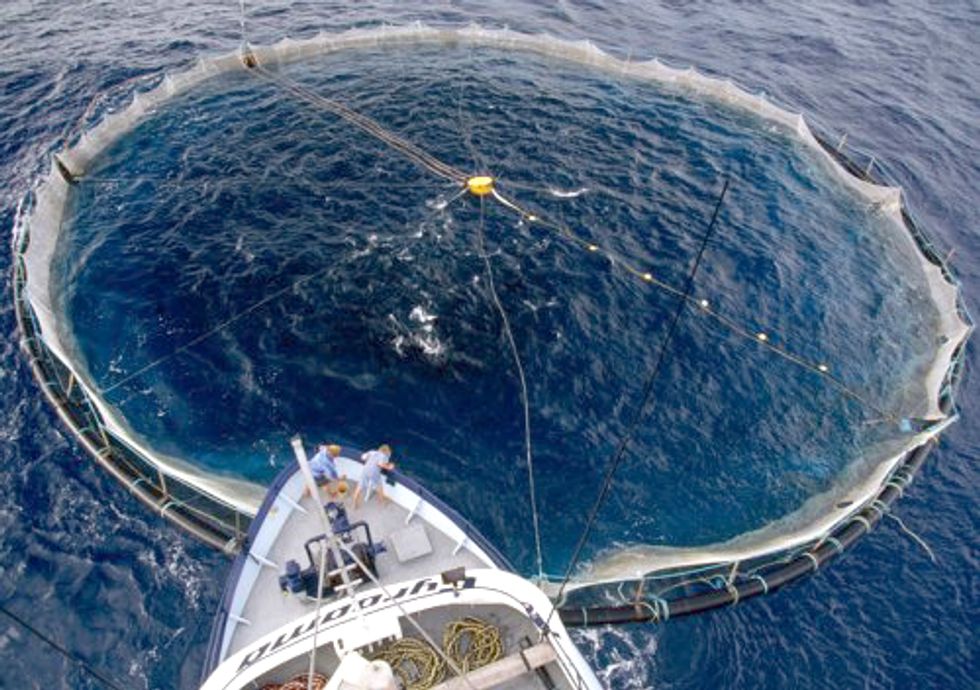 Research by an international team of scientists designed to measure the impact of marine reserves found that the healthiest places were in well-enforced marine reserves; fish biomass there had recovered from overfishing to levels five to 10 times greater than that of fished areas. However, marine "protected" areas where some types of fishing are allowed did not do better than sites that were completely unprotected. This suggests that full recovery of Mediterranean marine life requires fully protected reserves, the scientists write in a paper published Feb. 29, 2012, in the journal PLoS ONE.

"We found a huge gradient, an enormous contrast. In reserves off Spain and Italy, we found the largest fish biomass in the Mediterranean," said National Geographic Explorer-in-Residence Enric Sala, the paper's lead author. "Unfortunately, around Turkey and Greece, the waters were bare."

The authors made hundreds of dives over three years off Morocco, Spain, Italy, Greece and Turkey, setting up transects to count fish and take samples of plants and animals living on the seafloor in 14 marine protected areas and 18 open-access sites. The result is information on the Mediterranean at an unprecedented scale.

While the level of protection was the most important factor in determining the biomass of fish, the health of the algal forests that support the fish depended on other factors, the authors write. Recovery of formerly abundant algal forests takes longer than recovery of fish. "It's like protecting a piece of land where the birds come back faster than the old trees," Sala said.

Often called the "cradle of civilization," the Mediterranean is home to nearly 130 million people living on its shores, and its resources support countless millions more. A variety of pressures keep the organisms that live in the sea in a permanent state of stress. "It's death by a thousand cuts," said Enric Ballesteros of Spain's National Research Council and coauthor of the study. Among them are overexploitation, destruction of habitat, contamination, a rise in sea surface temperatures due to climate change and more than 600 invasive species. On the southwest coast of Turkey, for example, an invasive fish from the Red Sea called the dusky spinefoot has left Gokova Bay's rock reefs empty.

A series of marine reserves that shelter slivers of the sea allows certain ecosystems to recover and their all-important predators to eventually reappear. "The protection of the marine ecosystems is a necessity as well as a 'business' in which everyone wins," Sala said. "The reserves act as savings accounts, with capital that is not yet spent and an interest yield we can live off. In Spain's Medes Islands Marine Reserve, for example, a reserve of barely one square kilometer can generate jobs and a tourism revenue of 10 million euros, a sum 20 times larger than earnings from fishing."

"Without marine reserves, fishing has no future," said fisherman Miquel Sacanell, who fishes near the Medes reserve.

The research was supported by Spain's National Research Council, the Pew Charitable Trusts, the Oak Foundation, the Lenfest Ocean Program and the National Geographic Society.