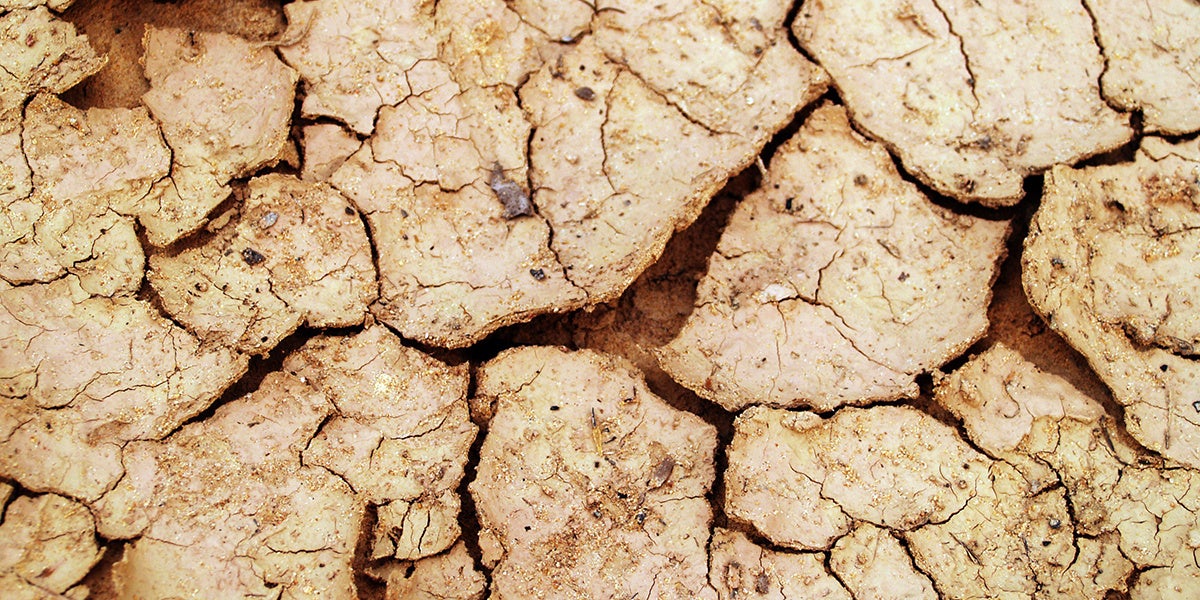 Climate change is a big, ugly, unwieldy problem, and it’s getting worse by the day. Emissions are rising. Ice is melting, and virtually no one is taking the carbon crisis as seriously as the issue demands. Countries need to radically overhaul their energy systems in just a few short decades, replacing coal, oil and gas with clean energy. Even if countries overcome the political obstacles necessary to meet that aim, they can expect heat waves, drought and storms unseen in the history of human civilization and enough flooding to submerge Miami Beach.

This grim fact has scientists looking for a quick fix to keep warming at bay. One plan calls spraying large amounts of sulfur dioxide into the upper atmosphere. The chemical would reflect the sun’s light, cooling the planet, which is more or less what happens when a volcano erupts, albeit on a much larger scale. Of course, this plan poses numerous diplomatic, scientific, technological and humanitarian challenges, and it is entirely possible that the effect on global weather patterns would be worse than climate change, which is why climate scientist Raymond Pierrehumbert has called the idea “wildly, utterly, howlingly barking mad.”

That hasn’t stopped researchers from dreaming up a litany of variations on this entirely outlandish theme. Here are three particularly impractical ideas that show why cutting pollution is almost certainly easier and safer than rejiggering the Earth’s climate. 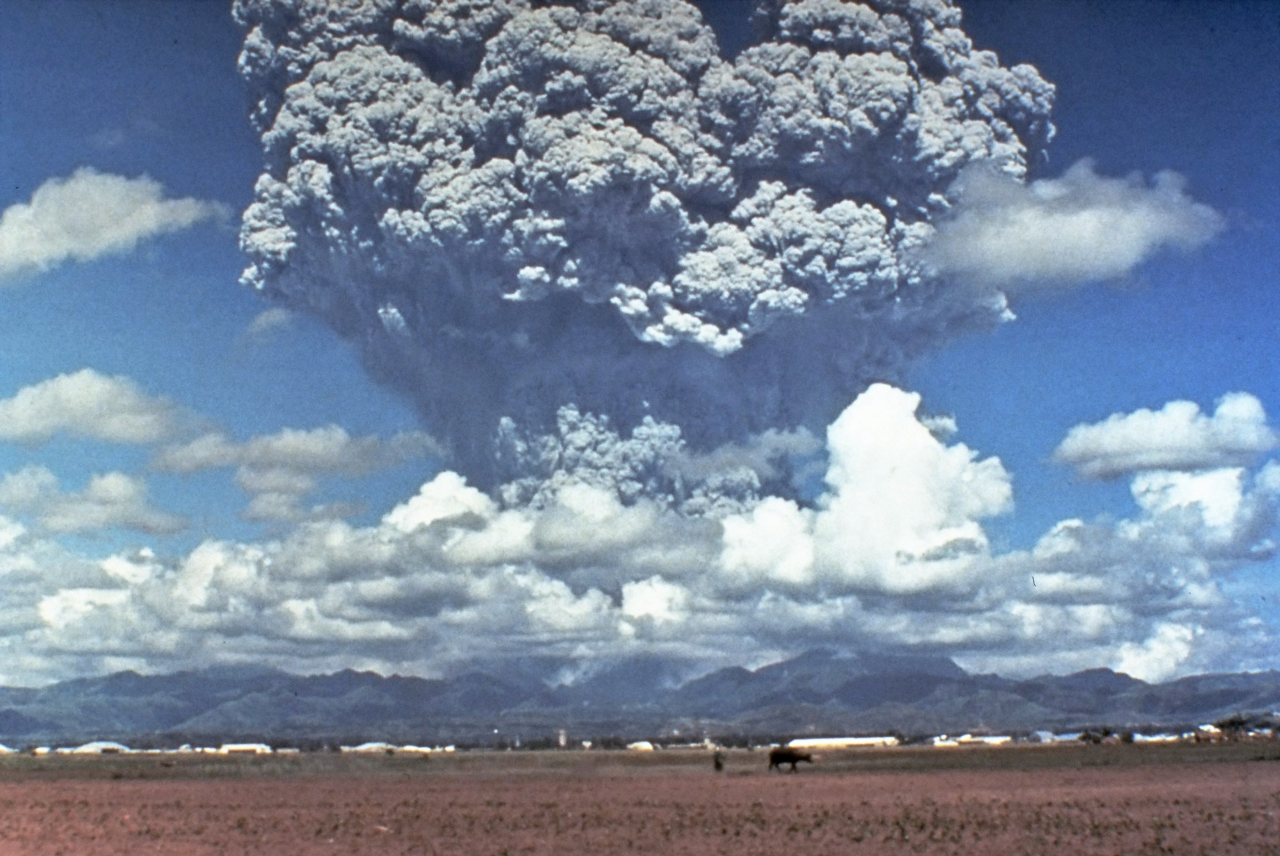 The 1991 eruption of Mount Pinatubo in the Philippines briefly cooled the planet by around 1 degree F. U.S. Geological Survey

Scottish scientists have proposed using asteroid dust to block the sun’s light. Their plan calls for pushing an asteroid to the point where the gravitational pull of the Earth and the gravitational pull of the Sun are felt in roughly equal measure. At this point, asteroids aren’t in danger of falling toward Earth or drifting off toward the Sun. A la Armageddon, scientists would land a spacecraft on the rock. They would then deploy an electromagnetic catapult to hurl asteroid dust into space. A dust cloud would form around the asteroid, preventing a small portion of the Sun’s light from reaching Earth. This plan comes with many significant risks, including the possibility of accidentally sending a large asteroid careening toward Earth. 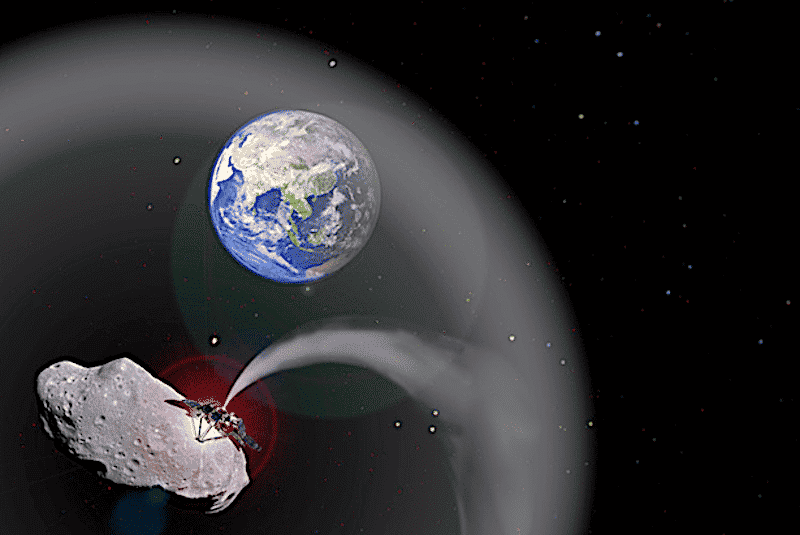 Charlotte Lücking, based on images from ESA and NASA

Another plan calls for assembling a giant, translucent glass disk at the same point in space where scientists proposed creating a dust cloud—the point where a celestial object is pulled equally toward the Sun and toward the Earth. The disk, which would cover an area roughly the size of India, would reflect some of the Sun’s rays away from the Earth.

Because assembling a giant disk in space would be virtually impossible, astronomer Roger Angel proposed using trillions of two-foot, razor-thin disks instead. He says it would be feasible to send the disks into space on rockets launched by a set of electromagnetic catapults. Then, those rockets could use ion propulsion to reach the point where they could release the disks. Angel wrote that whole project “could be developed and deployed in approximately 25 years at a cost of a few trillion dollars.” 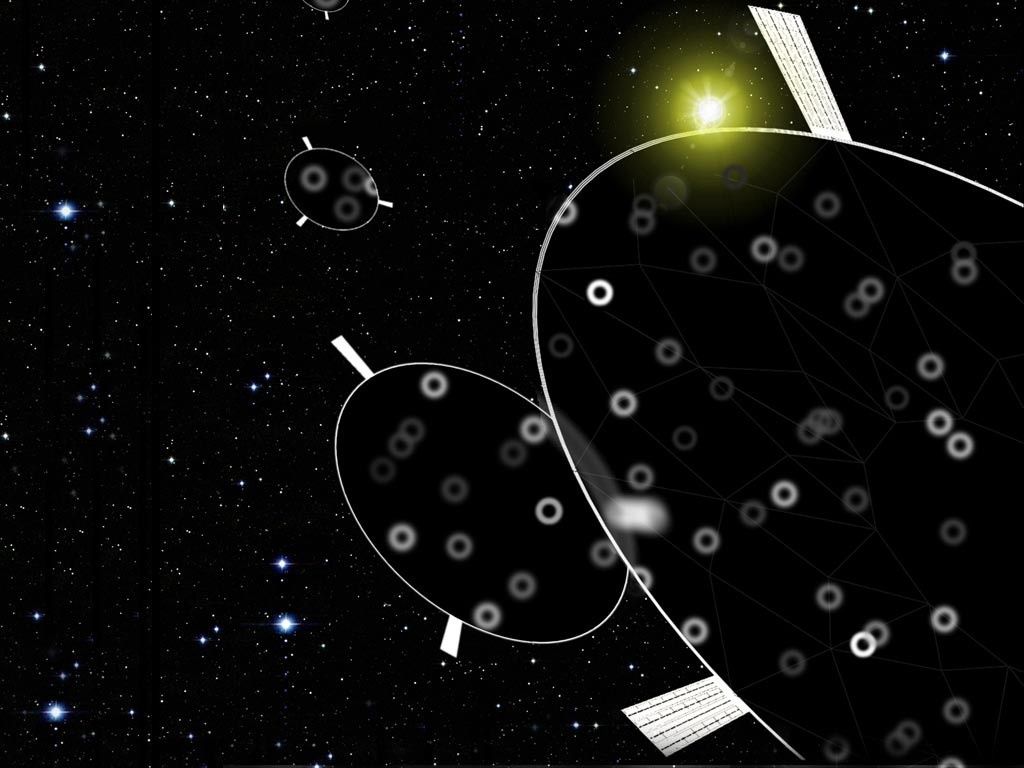 Plastic in the Ocean

If spraying sulfur dioxide into the sky sounds dangerous and launching space mirrors sounds expensive, fret not. Scientists have an idea that could work right here on Earth—cover the Arctic Ocean with bits of white plastic that will float on the surface of the water and reflect the Sun’s light back into space. White surfaces reflect more light than dark surfaces, which is why it feels better to wear a white shirt than a black shirt on a hot, sunny day. As temperatures creep up, the Arctic is losing white sea ice, which is making warming worse. White plastic might compensate for this loss, but it means covering the Arctic in non-biodegradable trash.

A variation on this idea calls for filling the ocean with “microbubbles.” White foam would perform the same function as sheets of ice or bits of plastic, reflecting sunlight back into the sky, thereby cooling the sea. Pumps might attach to dams, reservoirs or be fitted to ocean-bound cargo ships, which would froth as they chugged around the globe. It would take an enormous amount of energy to cover an ocean in tiny bubbles, and pumps would need to run constantly to maintain the foam. 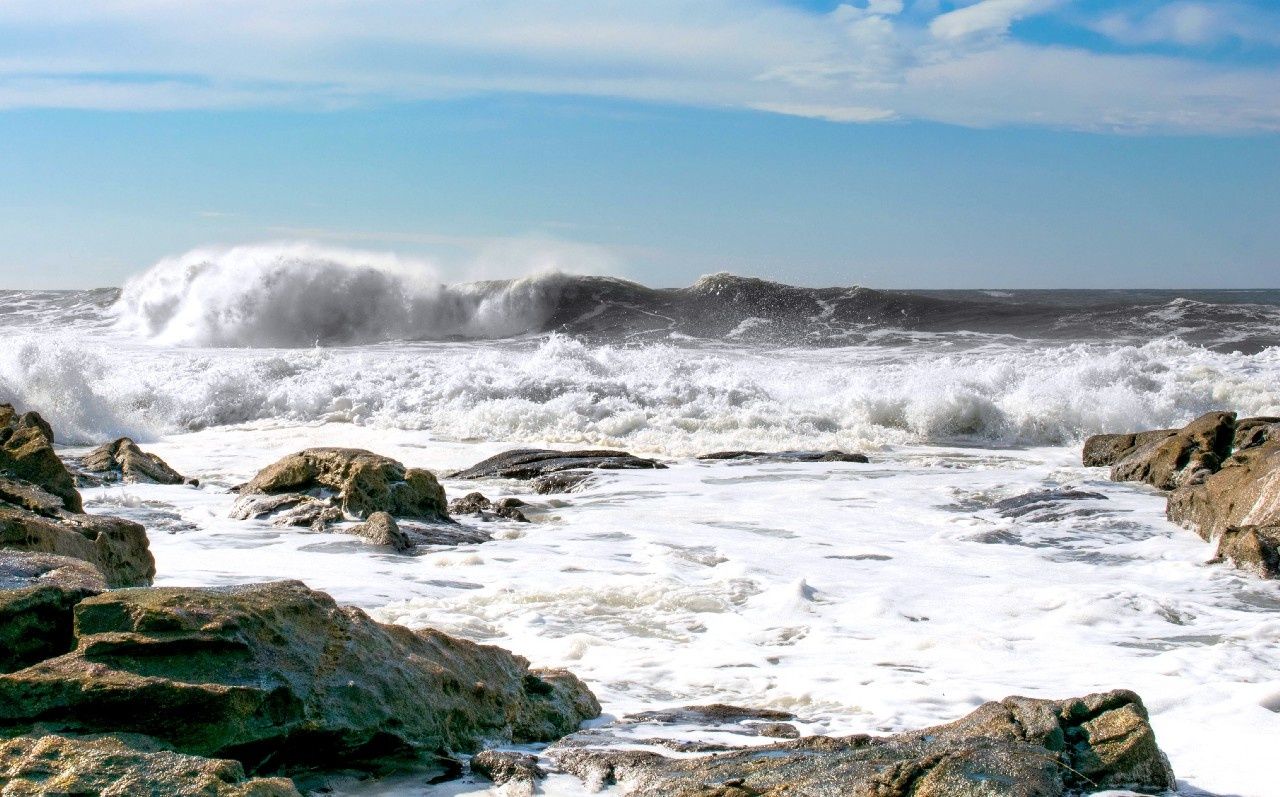 The Problem With Hacking the Climate

The challenge with each of these plans is that they only reduce the amount of sunlight absorbed by the Earth. They don’t confront the actual problem—a surplus of carbon dioxide, which is making the ocean more acidic in addition to trapping heat. Dimming the sun may cool the planet, but it will alter the climate in other ways, disrupting rainfall around the globe.

One scientist compared this idea to placing a lid over a pot while turning down the heat on the stove — the average heat of the pot will remain the same, but the amount of water that evaporates might change. The effect is more droughts and hurricanes across the planet. It doesn’t matter whether scientists spray sulfur dioxide into the sky or make oceans more foamy. Changing the method only changes how many people are adversely affected, which would range from 25 to 65 percent of the global population, according to one analysis.

The only safe method for hacking the climate is to remove carbon dioxide from the atmosphere by cleaning up more than a century of pollution from cars, trucks, planes, factories and power plants. This would be difficult and costly, which is why every scientist working on this issue underscores the fact that blocking sunlight should only be seen as a last resort.

Remarking on his idea to send trillions of translucent disks into space, Angel said, “The sunshade is no substitute [for] developing renewable energy, the only permanent solution. A similar massive level of technological innovation and financial investment could ensure that.”