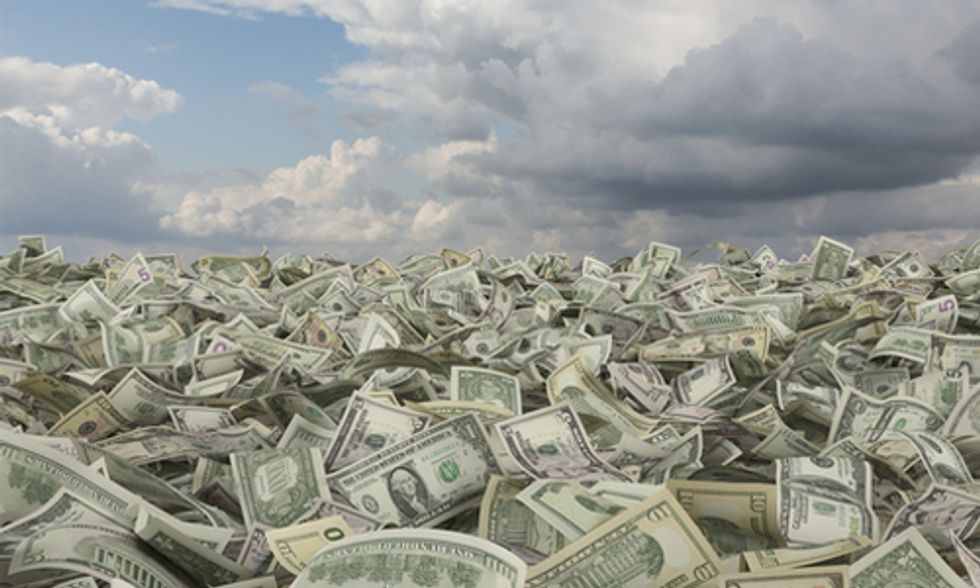 A recent report by The Oregonian found that enormous amounts of money are being spent by agrichemical and biotechnology companies in one Oregon county to stop an ordinance that would ban farmers from being able to plant genetically engineered (GE) Crops. This current legislative fight encapsulates the uphill funding battle that anti-GE activists face when organizing state and local level campaigns.

Good Neighbor Farms has more than $556,000 cash on hand which is a colossal amount for a local measure.
Photo courtesy of Shutterstock

The ordinance that will appear on the upcoming May ballot in Jackson County, OR, will ban the planting and rising of GE plants within the county. The ordinance also calls for the county to conduct inspections and allows enforcement through citizen lawsuits. Jackson County was the only county exempt from a law enacted last fall that made the state the regulator of agricultural seeds.

The county’s measure qualified for the May ballot before the Oregon Senate passed S.B. 863, which preempts localities ability to regulate seed, so it was exempted in the bill. The bill preempts the efforts in Benton and Lane counties to restrict GE agriculture. Despite state preemption, Josephine County has a similar measure on the May ballot to ban GE crops.

According to a recent report in The Oregonian, the ordinance is facing strong opposition from out of state funding sources. According to the report, six pesticide and plant biotechnology firms have donated $455,000 to Good Neighbor Farms, an organization fighting the GE crop ban.

The opposition to this measure has dramatically out-fundraised the two political action committees supporting the measure, GMO Free Jackson County and Our Family Farms Coalition, which have a combined $102,368 cash on hand. The lead up to this ballot measure is reminiscent of recent GE labeling efforts in California and Washington where anti-GE labeling efforts flooded the states with outside corporate money.

One of the original concerns behind the ordinance is organic farmers’ inability to protect themselves from GE crops drifting or cross-pollinating with their crops. A recent survey by Food & Water Watch, Organic Farmers Pay the Price for GMO Contamination, found that one-third of U.S. organic farmers have experienced problems in their fields due to the nearby use of GE crops, and over half of those growers have had loads of grain rejected because of unwitting GE contamination. In May of 2013, USDA announced that unapproved GE wheat was found growing in an Oregon wheat field. After this discovery, Japan cancelled its order to buy U.S. western white wheat. Monsanto has not conducted field trials in Oregon since 2001 when it reportedly withdrew from the state.

Petition Launched to Halt GMO Production, Pesticide Use in Hawaii