Our Solution Is Our Problem and Its Name Is Growth 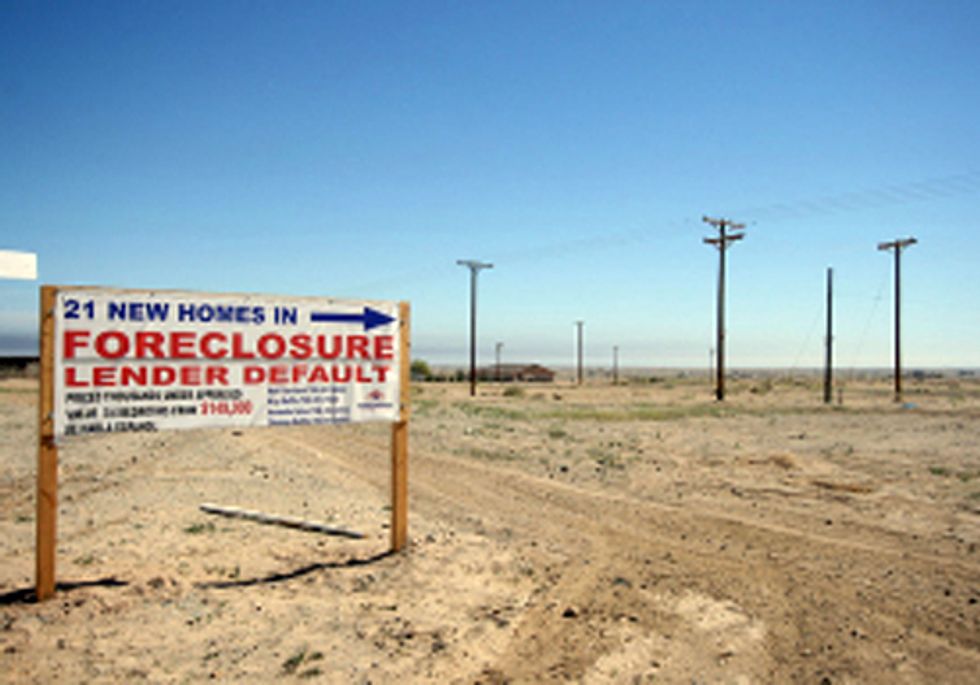 Part 2 of 3 of an update to Richard Heinberg's 2011 book The End of Growth: Adapting to our New Economic Reality

Surely there’s cheerier news to be gleaned from the world’s biggest economy, that of the U.S. This nation is ostensibly in recovery, though (as discussed in chapter 2 of The End of Growth) most if not all post-2008 GDP growth has been attributable to Treasury and Federal Reserve actions—borrowing, spending and bailouts.

The real current status of the American economy is a matter of controversy. There are several relevant metrics—including GDP, unemployment, house prices, durable goods orders, government deficits, trade deficits, new debt, personal income and personal spending—and some numbers look better than others. Which ones are more important? You can describe the glass as half-full or half-empty, depending on your preferences and how you cherry-pick the data. Still, just about everyone agrees that the statistics show persisting weakness. Job growth and GDP growth are both slowing. And the ratio of U.S. government spending to government income rose to 1.46-to-1 in calendar year 2011. Immediately on the horizon is a gradual curtailment of extended unemployment benefits for the millions who lost their jobs after the 2008 meltdown: this will decrease the buying power of consumers just as the economy struggles to gain altitude.

But it’s not so much the monthly numbers as the deep, structural trends that are the greatest cause for concern. The unsustainable bubble of household debt built up over the last 30 years still has a long way to go in order to deflate back to realistic levels, while tranches of toxic assets still lurk in the asset portfolios of major banks. And Wall Street appears to have learned nothing from the 2008 crisis, as shown by JPMorgan’s recent $2 billion trading loss. If European sovereign defaults occur on a large scale, derivatives contracts will be triggered—contracts written (in most cases) with Wall Street investment banks, which will quickly be sucked into the whirlpool.

Of equal concern is the highly dysfunctional U.S. political system, which now seems incapable of solving even the most trivial of problems, and is apparently intent on exacerbating just about every crisis the nation faces. Substantive policy appears to emerge not from the public deliberations of elected leaders, but from unaccountable government agencies and private interest groups with highly disparate agendas. One of the two U.S. political parties has evidently taken leave of reality altogether, preferring to exist in its own hermetically sealed ideasphere in which climate change is a hoax and all economic problems can be solved by cutting spending and taxes, and in which everyone who disagrees with that agenda is by definition a Communist-terrorist-Muslim. The other party, which spends most of its time shoring up the allegiance of its traditional constituencies, takes mostly center-right positions on issues, is ineffectual, and has no realistic strategy for coping with the economic unraveling. It’s probably safe to say that most dinner conversations these days among knowledgeable journalists, social scientists and retired public figures eventually devolve into expressions of the opinion that the U.S. is showing all the signs of an empire in steep decline. Heads nod wearily until someone changes the subject.

There’s been no more relevant and disturbing symptom of this national political incapacity than last year’s showdown on the debt ceiling, which Republican House Speaker John Boehner has voiced intentions of restaging this year. In 2011, the crisis was defused only with a joint agreement to a series of mandatory spending cuts that are scheduled to kick in soon after this year’s presidential election—unless nearly inconceivable budget reforms are achieved. Erskine Bowles, co-chairman of President Obama’s budget-deficit commission, recently described the series of “cliffs” the country faces at the end of 2012, when the George W. Bush tax cuts expire and the mandatory cuts begin. “If you add all those up,” said Bowles, “it’s probably $7 trillion worth of economic events that are going to occur in December. And there’s been little to no planning for that.” The Congressional Budget Office is now warning that the economy will shrink by 1.3 percent in the first half of next year if these measures go into effect.

It’s likely that last-minute negotiations will keep the country from going over the cliff solely as a result of the mandatory spending cuts. But America appears to be careening from crisis to crisis, and the stopgaps are losing efficacy.

By now skeptical readers may have concluded that we are cherry-picking the evidence to confirm our hypothesis that global growth is ending. An argument against that hypothesis would surely start with data from China, whose economy has continued expanding at about 9 percent per year in recent years even in the face of deepening worries elsewhere.

But China is slowing too. And its problems may end up being just as deep as those in Greece or the U.S. Beijing has built the world’s preeminent export economy—and now some of its biggest foreign buyers are losing consumption capacity. Loaning even more money to the U.S. won’t help much.

Shipbuilding is down. Government investment in railways is down. Electricity consumption is down. Housing sales are down. The amount of new loans is falling. Ambrose Evans-Pritchard writes in the Telegraph: “All key indicators of China’s money supply are flashing warning signs. The broader measures have slumped to stagnation levels not seen since the late 1990s. Narrow M1 data for April is the weakest since modern records began. Real M1 deposits—a leading indicator of economic growth six months or so ahead—have contracted since November. They are shrinking faster than at any time during the 2008-2009 crisis, and faster than in Spain right now ... If China were a normal country, it would be hurtling into a brick wall. A ‘hard-landing’ later this year would already be baked into the pie.”

Of course, China is not a “normal” country—the government can restructure the economy at will. But does that mean China can escape the economic laws that apply everywhere else? Perhaps to a certain extent or temporarily, but not entirely.

The latest news: Chinese officials have said that they have no intention of repeating the massive stimulus spending of 2008-2009 in order to stoke more economic growth. Prepare for that hard landing.

India, Russia, Brazil, South Africa—all are seeing slowing rates of growth. India’s industrial output fell in March (according to the New York Times, “the rupee is falling; investment is down; inflation is rising; and deficits are eating away at government coffers”). Brazil’s car sales are down 15 percent on an annual basis and industrial production is contracting.

The overall picture is certainly not brightened much by Japan, the world’s third-largest economy. The country’s weak banking system, softening exports and lack of domestic energy resources are challenge enough. But the lingering Fukushima nuclear nightmare is surely Japan’s the biggest worry. The spent-fuel pool at reactor 4 is in a precarious state, such that a moderate quake could release far more radioactive cesium than Chernobyl did. Meanwhile, Japanese scientists acknowledge a greater than 90 percent probability that an earthquake of at least 7.0 magnitude will occur in the next three years somewhere near Fukushima-Daiichi. Japan and Tokyo Electric Power Company do not have adequate nuclear technology and experience either to defuse the situation in time (TEPCO says the soonest it can begin emptying the spent-fuel pool is late 2013), or to handle a disaster of the proportions that are at least conceivable, if not likely. The fate of the nation—and the health of millions in the Northern Hemisphere—may hang upon the fortuitous absence of significant aftershocks.

Our solution is our problem

We have not surveyed all the world’s nations. Some others are doing quite well, thank you (Qatar had a 2011 growth rate of 18.7 percent, Ghana 13.5 percent, Mongolia 11.5 percent). But if Europe, the U.S. and China falter, global GDP cannot hope to grow. The European economy alone represents nearly one-third of world GDP.

And so the hypothesis stands: Maximum world economic output is nigh. If that is truly the case, the most reasonable forecast would be for a significant decline soon, as debts default and as investors pull back. We may be in for a series of subsequent booms and busts (the booms never managing to bring us back to current output levels, the busts plunging us further into economic turmoil). Mere stagnation would be a benign outcome, one that would require considerable planning and effort to achieve, but even then resource limits (which we’ll get to in Part 3) would ensure contraction sooner or later.

Our solution is our problem and its name is growth. We can’t live with it because, as Herman Daly points out, most growth is now uneconomic—we’re actually worse off because of it. More growth just means more debt, more pollution, more loss of biodiversity and a further destabilization of the climate. And yet we can’t live without it: absent growth, there will be insufficient tax revenues and jobs, and existing debt levels will prove unsustainable in the starkest sense of that term.

The purely financial or monetary aspects of our dilemma will probably continue to take center stage in the public discussion. National treasury officials and central bankers will strive to stabilize the system, and may be able to do so for a while—probably a matter of weeks or months rather than years. They will need a long-term strategy, though, because eventually stimulus and bailout Band-Aids will lose adhesion. Yet there is little evidence of such a strategy.

Even more, they will need a sense of ecological and historic context, so that they understand that the current growth crisis is not just a momentary speed bump on an inevitably soaring ramp of progress, but an irreversible phase change for the economy and for civilization itself.

Visit EcoWatch's BIODIVERSITY and ENERGY pages for more related news on these topics.