The third annual
Our Ocean Conference kicked off today in Washington, DC, to tackle some of the biggest threats facing our oceans, from plastic waste to climate change. 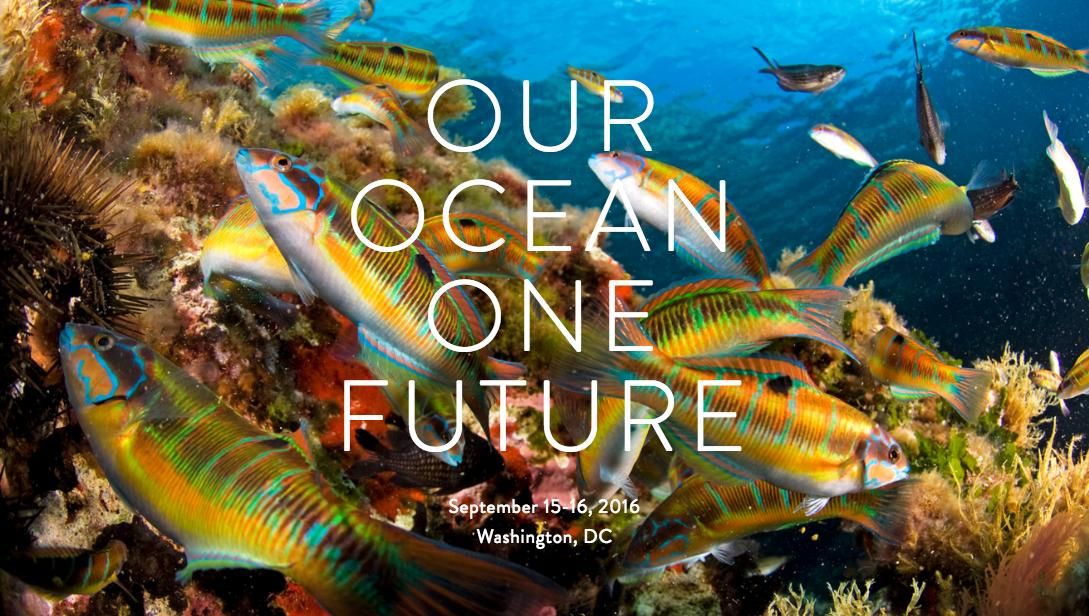 The two-day event is hosted by U.S. Secretary of State John Kerry. Hundreds of world leaders, foreign and environment ministers, scientists, philanthropists, heads of civil society and heads of companies across 90 countries are expected to attend.

The first and second Our Ocean Conferences have generated $4 billion in pledges for ocean conservation projects and a commitment to safeguard nearly 6 million square kilometers of the ocean—an area almost twice the size of India.

“We have to keep the momentum going so that we can come together and protect our ocean. Why? Because our ocean is absolutely essential for life itself—not just the food, but the oxygen and weather cycles of the planet all depend on the ocean,” Kerry said in a statement.

At a teleconference on Wednesday, Catherine Novelli, a U.S. diplomat and the current Under Secretary of State for Economic Growth, Energy and the Environment, gave several reasons why the ocean needs special protection.

Under Secretary @CathyNovelli provides a preview of the #OurOcean Conference https://t.co/d8UePyzhpE

“We have to care about this because half the oxygen we breathe comes from the ocean, it regulates our weather and fish is the primary source of protein for 3 billion people,” she said. “So [this conference] is extremely important for everyone even if you don’t live in the ocean.”

Novelli described how 90 percent of world’s fish stocks are being fished at or over capacity, that the ocean’s absorption of carbon dioxide has led to increasingly acidic waters that cause the destruction of coral reefs and shellfish, how Earth’s warming weather has caused a rise in sea levels and how the staggering rate of plastics running into the oceans might one day outnumber fish.

On a positive note, Novelli noted in her speech that “the ocean is resilient, so if we take action now we can actually protect the ocean.”

By 2050, there may be more plastic than fish in the ocean. This week's #OurOcean Conference can help prevent that. pic.twitter.com/R7af4YLGP5

Actor and environmental activist Leonardo DiCaprio highlighted a new campaign among the many solutions he mentioned in his speech today at the Our Ocean Conference. The Global Partnership for Sharks & Rays (GPSR), a collaborative effort to halt the alarming decline and overexploitation of shark and ray populations due to market demand for shark fin, liver oil, cartilage, leather, meat and ray gill plates.

“Sharks and rays are among the most threatened vertebrates on the planet,” Cristina Mormorunni, GPSR acting director, said. “For many of these incredible animals, the future is uncertain. Unfortunately, the scale of current conservation efforts and investments don’t match the level of urgency sharks and rays face.

“GPSR was founded by five visionary philanthropic organizations, which forged a shared commitment to fight this looming ecological crisis by funding the most effective conservation projects on the planet.”

“Sharks and rays have cruised the world’s oceans for tens of millions of years and have evolved to fill critical niches in preserving the health of reefs and other near-shore environments,” GPSR chair Jim Angell said. “Yet many species are in imminent danger of extinction as a result of rampant overexploitation and habitat degradation.

“The GPSR is a direct response to this serious threat. We have come together around a shared conservation vision and commitment to make significant investments in the future of these species, the oceans and the billions of people around the world who rely on healthy ocean ecosystems for their food and livelihood.”

Novelli hopes that this year’s conference helps to elevate ocean conservation into a foreign policy and national security issue. She expects that the world dignitaries and leaders attending the conference will announce at least “one-hundred new initiatives worth billions of dollars.”

According to Reuters, more than 20 countries will announce the creation of 40 new marine sanctuaries around the world. President Obama announced today a 4,913 square mile marine monument off the coast of New England, the first national marine reserve in the Atlantic, the Northeast Canyons and Seamounts Marine National Monument. The monument will protect a portion of the Atlantic Ocean off Cape Cod from commercial fishing by 2023.

.@POTUS has designated more ocean for protection than any other President.
Fitting, inspiring he speaks at tomorrow's #OurOcean Conference.

“This marine monument will protect critical deep sea habitat off the coast of Cape Cod,” Greenpeace senior oceans campaigner Phil Kline said. “Our oceans are rapidly changing from the impacts of climate change, factory fishing and other stressors. Fully protected marine areas increase the chances our ocean ecosystems can continue to function, enabling marine populations to recover and protecting biodiversity.

“President Obama’s action today continues to add to his already impressive ocean conservation achievements and leadership. He has led negotiations at the UN for high seas marine protected areas, proactively involved the U.S. in the fight against Illegal, Unreported and Unregulated fishing, and expanded the Papahanaumokuakea National Marine Monument to become the largest fully protected marine area in the world, just to name a few.”

Our Ocean Conference organizers and Georgetown University are also co-hosting a youth summit to prepare and inspire the next generation of ocean conservation leaders.

Watch the livestream of the conference here: