Earth’s Water May Have Been Part of Its Original Makeup, Study Finds 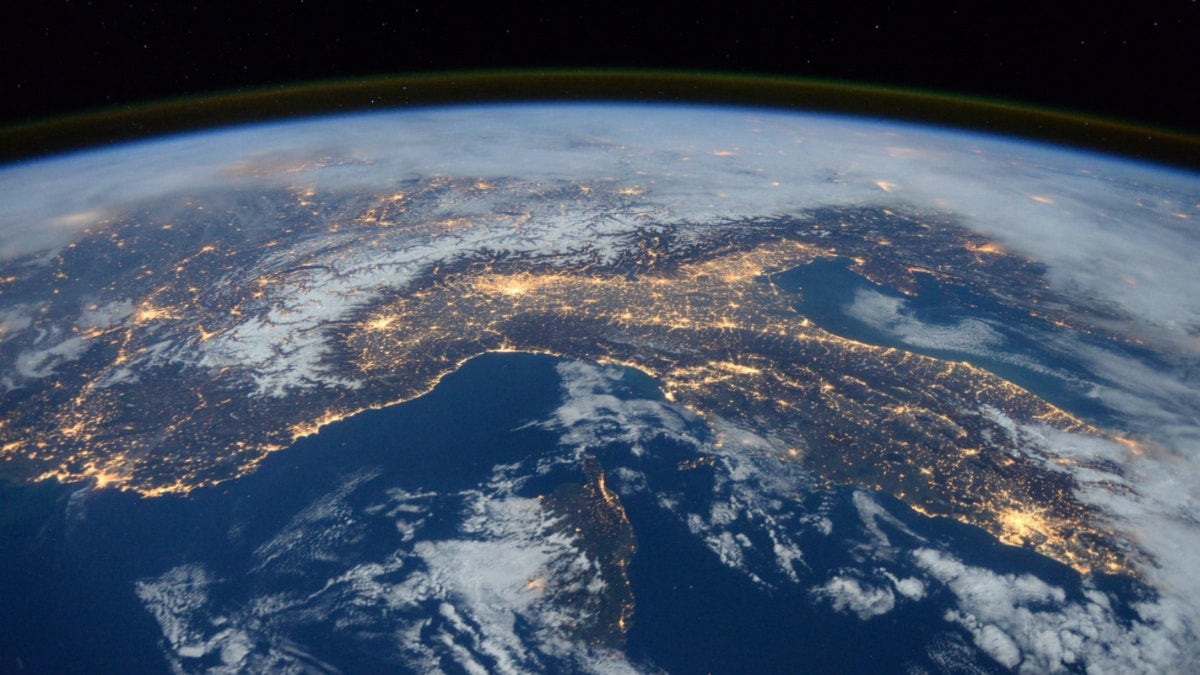 New analysis from a type of meteor made from the same material as early Earth suggests our planet's water could have been home sprung. PxHere / CC0

How did our blue planet get its water?

The question has long been a matter of debate, but the prevailing theory is that it was brought to Earth after the planet formed by far-traveling asteroids and comets. Now, new analysis from a type of meteor made from the same material as early Earth suggests our planet’s water could have been home sprung.

“Our discovery shows that the Earth’s building blocks might have significantly contributed to the Earth’s water,” Laurette Piani, a researcher at the France-based Centre de Recherches Pétrographiques et Géochimiques and the lead author of the water study, said in a Washington University press release.

A new study co-authored by a @WUSTLArtSci physicist finds that Earth’s water may have come from materials that were present in the inner solar system at the time the planet formed–instead of that water being delivered by far-reaching comets or asteroids. https://t.co/MIIaAXQMrv

For the study, published in Science on Friday, researchers examined a type of meteorite called enstatite chondrites. These are meteorites composed from the same material that formed the inner solar system, and are therefore a useful guide to Earth’s original composition.

However, because they formed so close to the sun, scientists thought they would have been too dry to account for Earth’s water, AFP explained. Instead, another type of meteorite called a carbonaceous chondrite was the hypothesized water carrier.

But there were two problems with this idea. First, the chemical composition of carbonaceous chondrites is not very similar to Earth’s rocks. Second, they formed in the outer solar system, and would have needed to travel a long distance.

So Piani’s team used mass spectrometry to test 13 enstatite chondrites for hydrogen, and discovered that the prevailing wisdom was wrong. The space rocks had enough of the element to explain a water mass at least three times that of Earth’s oceans.

“The most interesting part of the discovery for me is that enstatite chondrites, which were believed to be almost ‘dry,’ contain an unexpectedly high abundance of water,” study coauthor Lionel Vacher, now a postdoctoral researcher at Washington University, said in the university press release.

Another factor suggesting enstatite chondrites as the building blocks of early Earth is their chemical composition. The isotopes, or types, of molecules they contain are similar to those found in Earth rocks. Piani explained to AFP that a similar isotope is the geology equivalent of a DNA match.

“If enstatite chondrites were effectively the building blocks of our planet — as strongly suggested by their similar isotopic compositions — this result implies that these types of chondrites supplied enough water to Earth to explain the origin of Earth’s water, which is amazing!” Vacher said.

National Aeronautics and Space Administration scientist Anne Peslier, who was not involved in the study, found the results persuasive.

In an editorial for Science, Peslier wrote that the new study brought a “a crucial and elegant element” to the puzzle of how our planet’s oceans were filled.

“Earth’s water may simply have come from the nebular material from which the planet accreted,” she wrote.