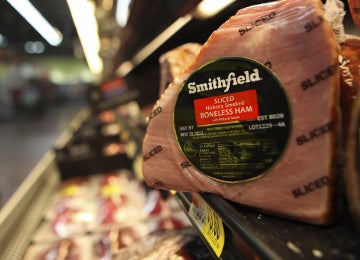 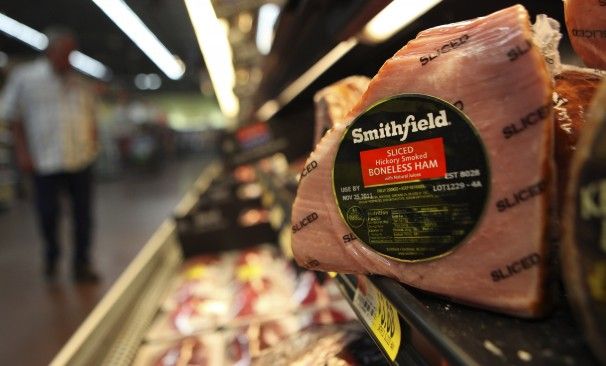 A letter addressed to members of the Committee on Foreign Investment in the U.S. was delivered today by a broad coalition of farm, community and consumer organizations, urging the members to recommend that the Obama Administration reject the proposed Shuanghui International Holdings, Ltd. acquisition of Smithfield Foods.

The significant risks of a Shuanghui takeover of Smithfield is far-reaching. From food security to consumer safety, farming economies and national security, the letter analyzes numerous concerns.

“The White House should reject the sale of America’s food supply,” said Tim Gibbons with the Missouri Rural Crisis Center. “This proposed acquisition is a prime example of how expanded corporate consolidation in agriculture has gone too far, resulting in lack of markets for independent producers and damaging effects on our rural economies and country. The Smithfield purchase turns over American farms to a consolidated, globalized meatpacking industry that leaves rural communities to clean up the waste while China gets the meat.”

According to Food & Water Watch, Missouri Rural Crisis Center and National Family Farm Coalition, Shuanghui’s purchase of Smithfield would transfer ownership of a company that controls more than a quarter of American pork production and buys or contracts a quarter of U.S. hogs.

The proposed deal is expected to shift Smithfield pork production towards exports to feed the Chinese market, which would likely significantly increase retail pork prices for American consumers. It would make many U.S. hog producers dependent on a foreign firm for hog contracts and prices.

According to Earth Policy Institute, half the world’s hogs—more than 470 million of them—live in China, and has been a net importer of pork for the past five years. China also already buys more than 60 percent of the world’s soybean exports to feed to its own livestock. While meat consumption in the U.S. has fallen more than five percent since peaking in 2007, Chinese meat consumption has leapt 18 percent, from 64 million to 78 million (metric) tons—twice as much as in the U.S. 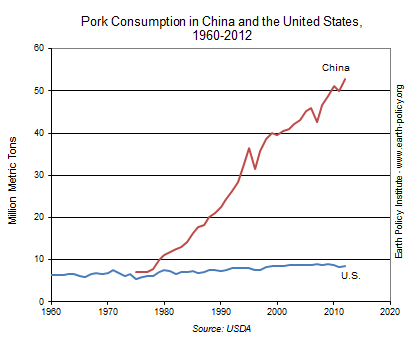 The letter also details threats to U.S. food safety. The Chinese firm operates in one of the most notoriously lax food safety systems in the world, and the management culture clashes between Shuanghui and Smithfield could weaken the safety at Smithfield’s U.S. plants.

Shuanghui would eventually want to export pork products to the U.S., which would expose U.S. consumers to the host of food safety scandals that plague the Chinese food system.

“As recently as 2011, Shuanghui managers were sentenced to prison for allowing illegal veterinary drugs into the pork supply in China and we don’t want to expose American consumers to such indifferent food safety standards,” said Food & Water Watch Executive Director Wenonah Hauter.

“If Shuanghui eventually exported bacon, sausage or ham to the United States under the well-known Smithfield brands like Armour or Gwaltney, American consumers would not even know, because processed pork is exempt from country of origin labeling,” Hauter concluded.

The letter was delivered to the Cabinet Secretaries that make up the Committee on Foreign Investment in the U.S. on the eve of the U.S. Senate Agriculture Committee oversight hearing into the proposed acquisition of Smithfield.