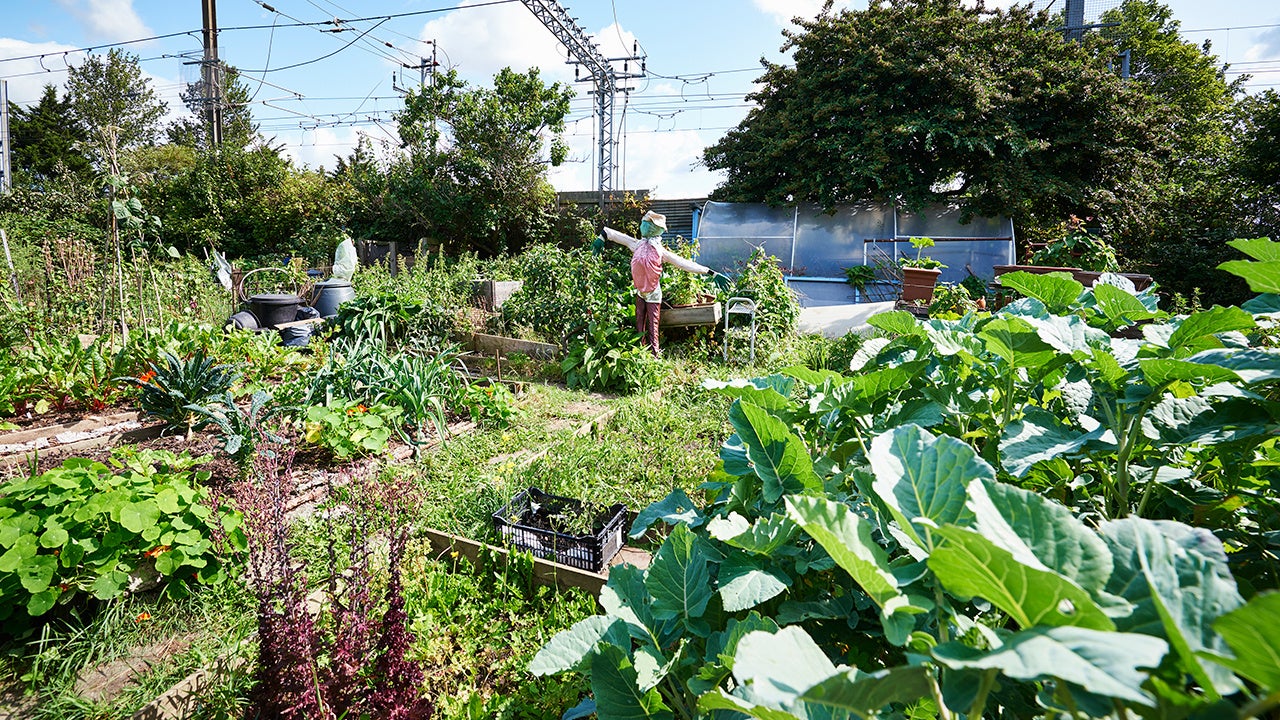 By Danielle Nierenberg and Maya Osman-Krinsky

In the United States, over 2,000 acres of agricultural land are sold every day for housing or commercial development, according to the American Farmland Trust. This has especially affected Black farmers who, since 1920, have seen nearly a 90 percent decline in land ownership, according to the U.S. Census.

Over the past decade, as many as 200 million hectares of land have undergone large-scale transactions internationally, according to a study by Oregon State University. These transactions, taking the form of land grabs or corporate consolidation of agriculture, often deteriorate the economic livelihood and food security of small farmers and communities reliant on these lands for sustenance, as reported by the Oakland Institute. When communities control their own farmland, residents can invest in sustainable and affordable agriculture, which helps to alleviate hunger and malnutrition, according to the World Bank.

Many organizations around the world are fighting to help communities regain control of their land and livelihoods. Food Tank is highlighting 19 organizations combating land grabs and protecting land for farmers.

One in five Alaskans is considered food insecure, and over 95 percent of the food consumed by Alaskans is imported from the contiguous U.S., according to the Alaska Farmland Trust Corporation (AFTC). AFTC was created in 2005 to support the existing farms in Alaska’s Mat-Su valley and safeguard farmland against development. AFTC aims to protect 5,700 acres of farmland in the next 50 years to ensure productive farms, ranches, and forests for generations of Alaskan farmers to come.

Since its inception in 1980, the American Farmland Trust (AFT) has worked to protect farmland from development and promote sound farming practices. AFT leads the conservation agriculture movement by combining on-the-ground projects with research and advocacy. AFT also created the No Farms No Food message, which aims to connect the food we eat to the farms that grow it. The organization has protected millions of acres of farmland from commercial development while helping tens of thousands of farmers adopt better farming practices.

Since 1968, Anera has worked to provide emergency relief and sustainable long-term aid to refugee communities in Palestine, Lebanon, and Jordan. In 1985, they began a decade-long agricultural development project to help Palestinian farmers reclaim hundreds of acres of land. This project continues to grow in the West Bank, giving loans to thousands of farmers and encouraging sustainable projects to combat food insecurity and water scarcity.

The Bangladesh Krishok Federation (BKF) was established in 1990 as a grassroots peasants’ rights organization. Since before its founding, BKF has organized landless people to fight for policy reform by demonstrating, organizing, providing legal aid, and working with the government to negotiate fair land deals. BKF and its women-led counterpart, Bangladesh Kishani Sabha (BKS), work in tandem to secure rights for peasants, farmers, and the 112 million landless people in Bangladesh.

The Coalition of Cambodian Farmer Community (CCFC) addresses land rights issues for Cambodian farmers through community organizing and policy negotiation. CCFC’s No Land No Life Campaign tackles forced evictions and unjust legislation by mobilizing small farmers to speak out against Cambodian authorities on land tenure and human rights issues. CCFC has been a platform for over 6,800 farming families condemning forced evictions and exploitative commercial farming.

The Federation of Southern Cooperatives/Land Assistance Fund is a non-profit cooperative association of black farmers and landowners. The Federation builds support for public policies and credit unions that help Black and family farmers expand and protect their landholdings in the South. They also hold annual events and workshops centered around education, forestry, and racial equity in food systems.

Corporación Grupo Semillas is an environmentalist NGO that backs Afro-Colombian, indigenous, and peasant organizations in Colombia. Grupo Semillas supports land tenure and reclamation efforts in their Tierras y territorios division, which focuses on pushing back against agribusiness and land monopolies. Through partnering with other regional organizations, Grupo Semillas conducts and disseminates research about land rights, food sovereignty, and biodiversity to Colombia’s marginalized populations.

The Institute for Poverty, Land, and Agrarian Studies (PLAAS) is an organization dedicated to researching land grabbing in Africa. PLAAS uses its research and policy engagement to highlight how food systems can both perpetuate and alleviate poverty. Since its founding in 1995, PLAAS has published reports calling for a restructuring of agro-food systems to aid marginalized communities harmed by parasitic land deals.

The National Black Farmers Association (NBFA) was founded in 1995 to represent Black farmers in the U.S. They focus efforts on civil rights, land retention, access to loans, education and agricultural training, and economic development. NBFA’s work has impacted tens of thousands of farmers since its inception, fighting for food sovereignty, land rights, and an end to hunger.

The National Black Food & Justice Alliance (NBFJA) is a coalition of Black-led organizations that is working toward Black land and food sovereignty and self-determining food economies. Building off a long legacy of Black food security efforts in the U.S., NBFJA is combating anti-Blackness and inequities in the food system by building visibility of Black-led efforts, creating an organized framework around food and land issues impacting Black people, engaging in direct action, and building togetherness space.

17. Partners for the Land and Agricultural Needs of Traditional Peoples (Brazil and Sub-Saharan Africa)

Partners for the Land and Agricultural Needs of Traditional Peoples (PLANT) is a platform that confronts the marginalization of Indigenous peoples in Brazilian Amazonia and Sub-Saharan Africa. PLANT works with their local partners on hands-on projects, public policy, and research and analysis. PLANT supports food sovereignty, condemns land grabs, and seeks to center indigenous voices in global decision-making about ecological justice.

The Peconic Land Trust (PLT) partners with landowners, communities, and organizations in Suffolk County to conserve Long Island’s working farms. PLT is working on several local projects on Long Island, including land conservation legislation and community conservation campaigns. Since 1983, they have protected over 13,000 acres of land and secured millions of dollars for land protection.

Iowa is losing 25 acres of farmland each day to development and imports more than 90 percent of their food from out of state, but the Sustainable Iowa Land Trust (SILT) is fighting to change this. They believe that through the state’s farming landscape, economy, and food supply, they can build more resilient communities in Iowa. SILT is working to create affordable land access for Iowa’s farmers and protect land for sustainable food farming to rebuild the the state’s rural economy and mitigate climate change.