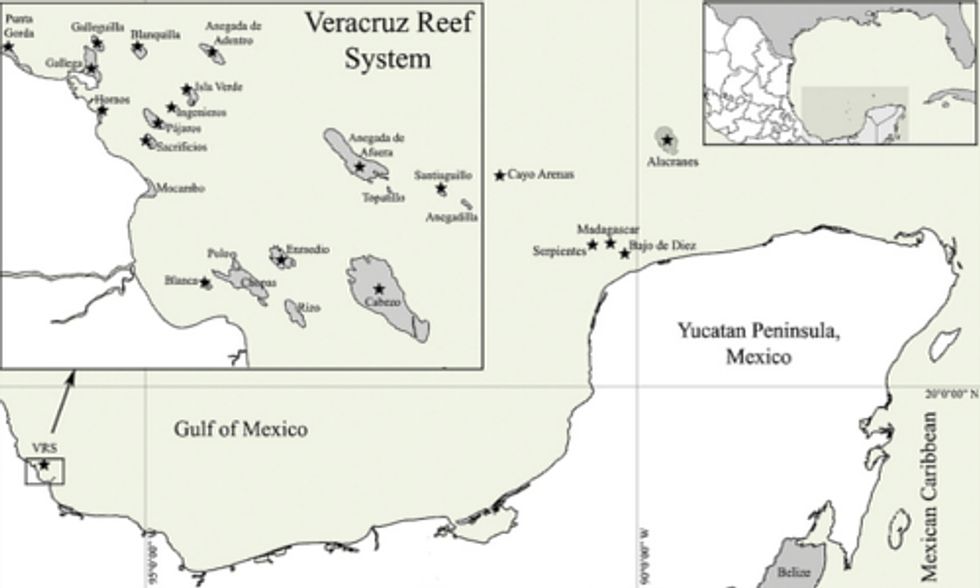 Six global organizations have submitted an amicus curiae brief to a Mexican court containing legal and technical arguments that strengthen the existing lawsuit against a government decree to reduce the boundaries of the Veracruz Reef System National Park, according to a press release from the groups.

Boundary modifications of the reef system, which measures in at 52,238 total hectares, were proposed in order to expand the Port of Veracruz. But the groups point out that amending the boundaries devalues the National Park, and puts conservation of this internationally important wetland at stake.

"Coral reefs are natural barriers against large waves and storms like Hurricane Karl, which hit Veracruz in 1992," said Sandra Moguel, a legal advisor to the Interamerican Association of Environmental Defense. "Reefs also provide abundant fishing and valuable information for medical research. They're great spots for recreation and they help to sustain marine life."

The Veracruz Reef System in eastern Mexico was declared a natural protected area in 1992 to safeguard the diversity of species that inhabit the waters and to encourage sustainability research into the ecosystem's balance. In 2004, the Veracruz Reef System was included as a wetland of international importance under the Ramsar Convention—an international treaty to protect wetlands. Species including fish, clams, snails, starfish and sea urchins call the reef system home as well as crustaceans, such as shrimp and lobsters.

The reef has long been thought to be among the highest at risk reefs in the wider Caribbean area, according to the U.S. Environmental Protection Agency, as substantial freshwater runoff from agriculture and industry containing high nutrient levels flow from major river systems and drain into the area.

The legal brief argues that the decree—issued from Mexico's National Commission on Protected Areas (CONANP)—threatens regional biodiversity, violates the human right to a healthy environment, and breaches the country's international obligations.

The brief also explains how CONANP's decree infringes specific national laws and international treaties. For example, the press release states, the Organization of American States' Convention on Nature Protection and Wild Life Preservation in the Western Hemisphere states that natural park limits can only be modified by legislative authorities, which CONANP is not.

"The local population is more exposed to suffer the impacts of hurricanes and other climate phenomena, because the decree removes the Punta Gorda and Bahía de Vergara reefs from the national park," said Xavier Martínez Esponda, regional director of the Mexican Center for Environmental Law for the Gulf of Mexico.

The brief concludes by making it clear that CONANP's decree is a giant step backward in marine conservation that erases the benefits of environmental protection.

"Setbacks like this can cause irreparable damage," conculded Moguel.