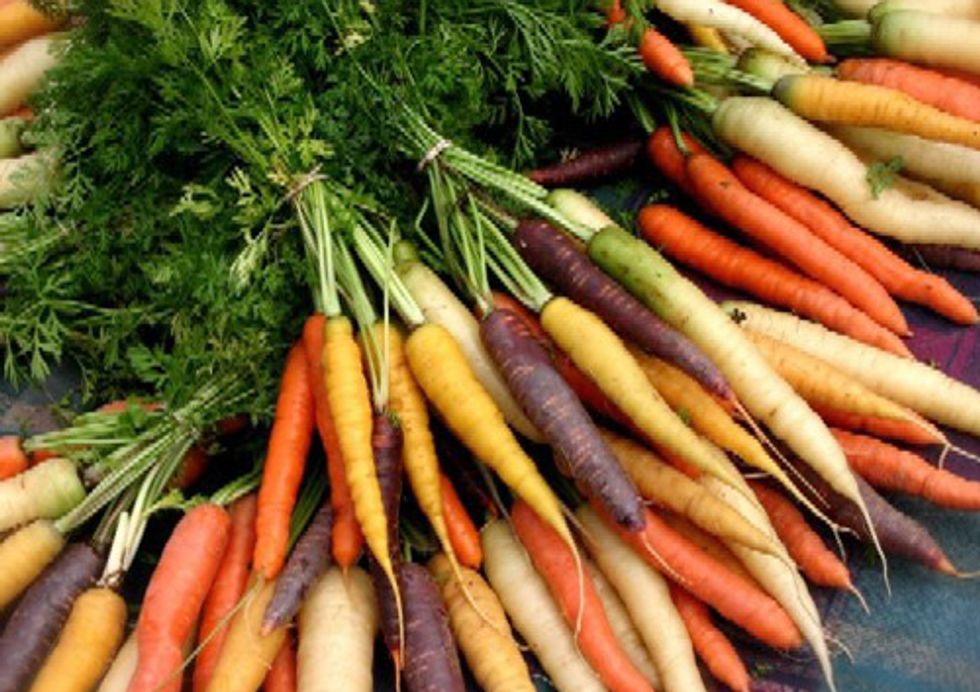 Consumers can markedly reduce their intake of pesticide residues and their exposure to antibiotic-resistant bacteria by choosing organic produce and meat, according to researchers at Stanford University who reviewed a massive body of scientific studies on the much-debated issue.

The Stanford team analyzed more than 230 field studies and 17 human studies conducted in the U.S. and Europe to compare pesticide residues, antibiotic resistance and vitamin and nutrient levels in organic and conventionally produced foods. The study, published Sept. 3, is available online at the website of The Annals of Internal Medicine.

“The study confirms the message that Environmental Working Group (EWG) and scores of public health experts have been sending for years, that consumers who eat organic fruits and vegetables can significantly reduce pesticide concentrations in their bodies,” said Sonya Lunder, senior analyst at EWG. “This is a particularly important finding for expectant mothers and kids, because the risks of dietary exposures to synthetic pesticides, especially organophosphate and pyrethroid insecticides, are greatest during pregnancy and childhood, when the brain and nervous system are most vulnerable. These are two groups that should really avoid eating foods with high levels of pesticide residues.”

Based on its review of the available research, the Stanford team also concluded that conventionally raised meat harbors more antibiotic resistant bacteria. It found that consumers of non-organic chicken or pork are 33 percent more likely to ingest three or more strains of antibiotic-resistant bacteria than those who eat organic meat.

“What jumped out at us in this study is that conventionally-raised meat treated heavily with antibiotics is much more likely to carry drug-resistant bacteria than meat produced on organic farms,” said Kari Hamerschlag, senior analyst at EWG, who focuses on organic and conventional agriculture. “Antibiotics, which are banned in organic production, promote the development of resistant super-bugs that are a serious risk to human health.”

The researchers did not find “significant” or “robust” differences in nutritional content between organic and conventional foods. But Charles Benbrook, a professor of agriculture at Washington State University and former chief scientist at The Organic Center who reviewed the Stanford study and most of the underlying literature, had this to say in response:

This study draws a markedly different conclusion than I do about the nutritional benefits of organic crops. Several well-designed U.S. studies show that organic crops have higher concentrations of antioxidants and vitamins than conventional crops. For crops like apples, strawberries, grapes, tomatoes, milk, carrots and grains organic produce has 10 to 30 percent higher levels of several nutrients, including vitamin C, antioxidants and phenolic acids in most studies.

The Stanford study also contradicts the findings of what many consider the most definitive analysis in the scientific literature of the nutrient content of organic versus conventional food.

In that 2011 study, a team led by Dr. Kirsten Brandt of the Human Nutrition Research Center of Newcastle University in the United Kingdom analyzed most of the same research and concluded that organic crops had approximately 12 to 16 percent more nutrients than conventional crops.

EWG noted that the Stanford study also did not directly address the important environmental and public health benefits that result from reduced pesticide and antibiotic use. Synthetic pesticides can kill insect pollinators, harm wildlife and farmworkers and often end up in the air and water. Tests conducted in 2011 by the U.S. Geological Survey found that glyphosate (commonly sold as Roundup), one of the most widely used herbicides, was a ubiquitous contaminant in air, water and rainfall in two Midwest states.

“Organic produce and meat products live up to their promise,” said Ken Cook, EWG president. “Consumers selecting organic produce ingest fewer pesticides. They also eat meats that harbor fewer deadly bacteria. While you still need to take responsibility for eating a varied and healthy diet, you can rest assured that organic food provides a healthier choice for people and the planet.”

While the Stanford study briefly mentioned previous research on the effects of organic foods on children’s health, it did not focus on the growing body of studies published in the last decade that have demonstrated children’s higher sensitivity to the effects of neurotoxic pesticides. Last year, Cook, along with several of the world’s most respected authorities in environmental health, sent a letter to the Obama Administration requesting that the federal government expand the testing it conducts on crop chemical residues in foods “to give Americans a full accounting of risks faced by children who consume pesticides on produce.”

“Studies that have come out in the last two years have linked exposures to organophosphate pesticides with increased risks of ADHD and lower IQ in children and to low birth weight and early gestation among newborns,” said Cook. “The authors of this study, for whatever reason, decided not to focus on this new and troubling research showing that a diet of food high in certain pesticides could pose such serious and lasting health impacts in children. That’s a glaring omission, in my opinion.”