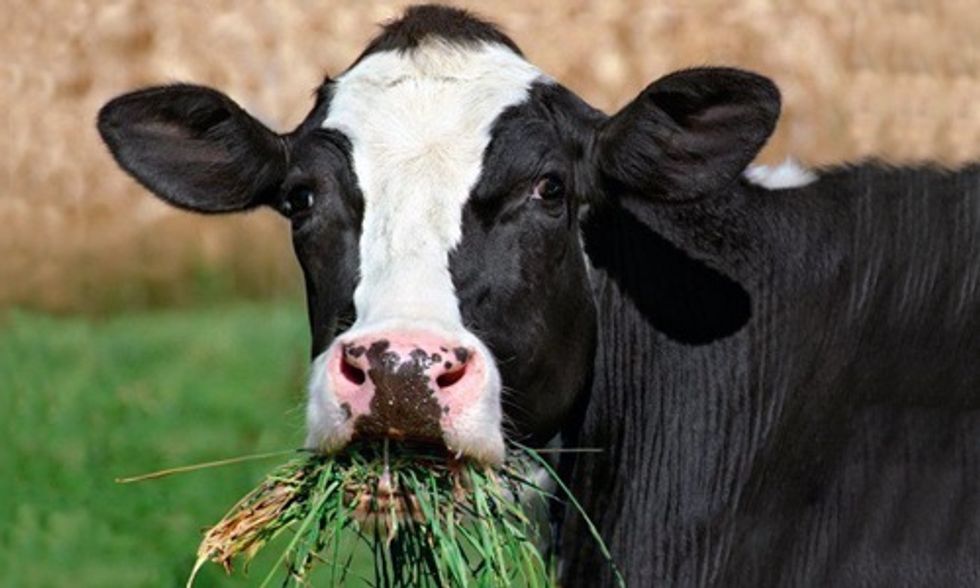 I bought a half-gallon of very fancy organic milk from Whole Foods the other day—the kind from cows that feed only on grass and that's capped with a thick layer of cream. It cost nearly $6, which gave me a fair bit of sticker shock, but such milk really does taste a whole lot better. The milk was joined in my grocery cart by a grass-fed skirt steak, also organic, which cost around $15 a pound. Choosing to spend the extra money on such foods is largely a matter of taste and environmental sustainability for me. But it turns out that my purchases could be healthier than your dairy or meat product wrested from a conventionally raised cow, according to two new papers (on dairy and on meat) published by the British Journal of Nutrition.

The scientific papers find that organic meat and dairy have higher levels of healthy omega-3 fatty acids—as much as 50 percent more. Additionally, organic meat was shown to contain slightly less of two saturated fats that have been tied to cardiovascular problems and organic milk was shown to have higher amounts of iodine, selenium, iron, certain carotenoids, vitamin E and conjugated linoleic acid—all healthy stuff. It's the latest scientific review to suggest that eating organic is healthier than a diet based on conventional foods.

Both grass-fed meat and milk have long been touted for their higher amounts of omega-3 fatty acids, but what's interesting about the new research—which involved reviewing 196 previously published studies on dairy and 67 on meat—is that it's not the organic designation, per se, that makes the difference.

“It's not something magical about organic," Charles M. Benbrook, a coauthor of the studies, told The New York Times. “It's about what the animals are being fed."

Namely, they're eating grass instead of grain and often doing so outside instead of cooped up in a barn. Grasses contain higher levels of omega-3s than feed corn and other grains and the fatty acids simply move up the food chain. Since 2010, the USDA has required cattle that produce either organic milk or beef to spend at least four months a year on pasture.

“For once, this is a pretty simple story," Benbrook said.