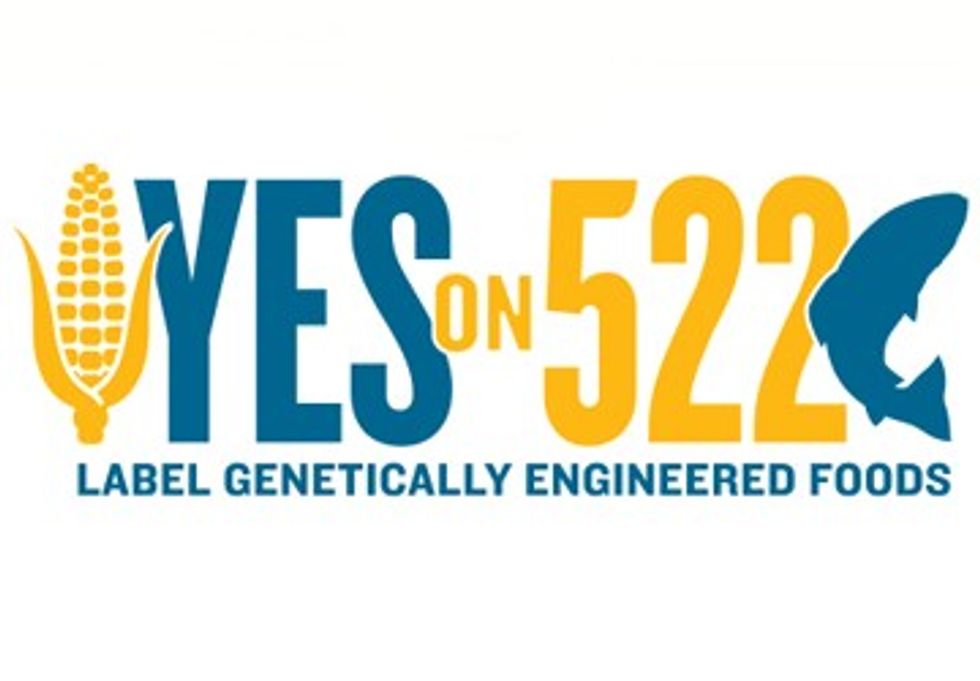 Proposition I-522, a citizen’s initiative on the ballot on Nov. 5 in Washington state, would mandate clear labeling of genetically engineered (GE) ingredients on food packages. It has become the latest battleground pitting consumer and farmer advocates against multi-billion-dollar agribusiness corporations.

Recent polling indicates strong support for the Washington state informational labeling measure. But a flood of money to fight the ballot initiative has rolled in from Monsanto, DuPont and other biotechnology interests and food manufacturers, now totaling more than $11 million, according to Washington state election records.

“Consumers might be surprised to find out that some of their favorite organic and natural brands, hiding behind their lobbyist, the Grocery Manufacturers Association, are contributing bushel baskets of cash towards thwarting the consumer’s right to know what is in their food in Washington,” says Mark Kastel, codirector of The Cornucopia Institute.

Cornucopia has released an infographic designed to inform consumers and let them make purchasing decisions reflecting their values. Many organic and natural food manufacturers are financially supporting the genetically modified organism (GMO) labeling effort. They and other proponents are identified in Cornucopia’s infographic along with the biotech and agribusiness concerns fighting the labeling effort.

Last year, a similar GMO labeling measure was narrowly defeated in California, with Monsanto and its allies pouring more than $46 million into their campaign and outspending labeling supporters by five to one. Many prominent organic and natural brands were outed in California by Cornucopia for their opposition to GMO food labeling.

Just recently, the powerful Grocery Manufacturers Association (GMA) publicly scrubbed its website of its members, a move thought by many to be an effort to mask which corporations/brands helped underwrite the $2.2 million already donated by the GMA against I-522. They haven’t, however, been able to remove this web archive detailing their membership.

“They are obviously trying to hide their membership,” says Trudy Bialic, director of public affairs for PCC Natural Markets, a Seattle-based, member-owned grocery cooperative. PCC has been working on GMO issues since 1994 when rBGH—a genetically engineered growth hormone for dairy cattle—was a contentious issue.

Assessing the dollars fueling both campaigns, Bialic observes that “not one individual is listed as a contributor on the ‘No’ side, while the ‘Yes’ side is being funded by thousands of individuals.” PCC itself has contributed $198,344 in support of I-522.

GMA spokesman Brain Kennedy told Politico, that “GMA fully supports the No on 522 Campaign in Washington State, and will continue to support the campaign’s effort to defeat this costly, confusing and unnecessary proposal.”

Mandatory labeling of genetically engineered food at the state level is viewed as a watershed event by many industry observers, given the inaction on the popular proposal at the federal level. Monsanto, its biotech allies, and GMA in particular, have been credited for bottlenecking the federal labeling law.

“Just as we’ve observed in Europe, where labeling of food containing genetically modified organisms is mandatory, we fully expect that, when given a choice, consumers will choose organic or non-GMO products,” said Mark A. Kastel, codirector of the Wisconsin-based Cornucopia. “And the industrial food lobby is fully cognizant of this—that’s why they’re fighting like hell against this grassroots effort.”

One leading organic manufacturer that has been actively promoting and funding a “yes on I-522″ vote is Nutiva. “We support I-522 because everyone has a right to know what’s in our food,” says John W Roulac, Nutiva’s founder and CEO. Roulac has been working hard to convince other corporate executives to step up as well. He has committed Nutiva to donating $75,000.

Other prominent commercial backers of state citizen initiatives, viewed as heroes in the organic movement, include Nature’s Path, the prominent cereal manufacturer, and the soap manufacturer, Dr. Bronner’s. Additional organizations throwing their financial weight behind the consumer’s right to know include the health website Mercola.com and the Organic Consumers Association.

The biggest single donor to the “No” campaign is Monsanto. The biotech giant has contributed $4.8 million—an amount greater than all of the funds collected by the right-to-know forces.

“Consumers are increasingly interested in ‘voting with their forks,’ and many want to support companies that share their values,” notes Jason Cole, a researcher for Cornucopia who compiled the data for the infographic. “We know that many organic and ‘natural’ brands, owned by corporate agribusiness, fought the California food labeling effort. We believe, until it is shown otherwise, that many of these same companies are likely clandestinely supporting a defeat of the Washington state effort by funneling their dollars through the Grocery Manufacturers Association.”