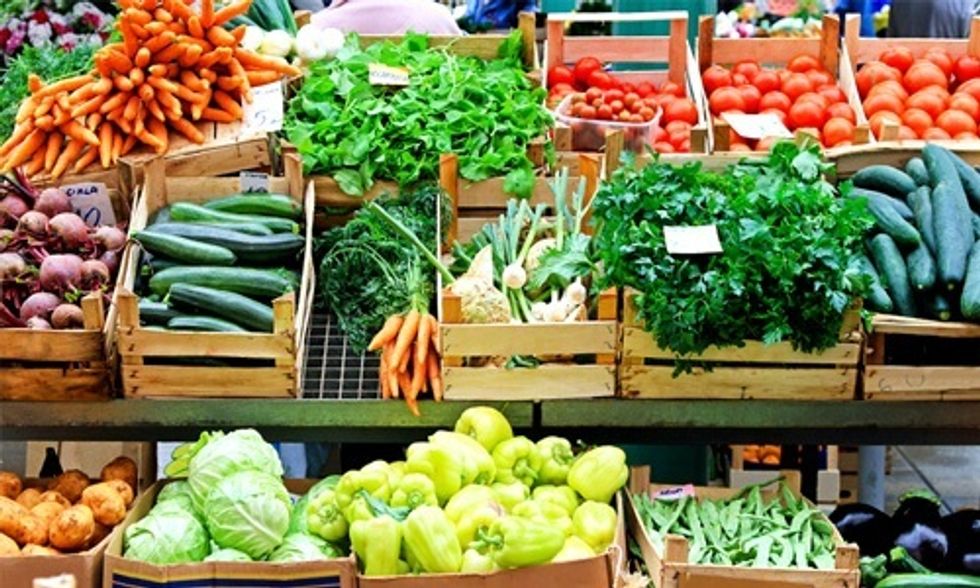 Americans are increasingly hungry for naturally-grown and healthier foods and, according to a new U.S. Department of Agriculture (USDA) statistics, sales from organic farms in the U.S. skyrocketed in 2014 with consumer spending up 72 percent since 2008.

Demand for organic goods has risen in recent years, with increased consumer consciousness about the environmental impacts of factory farming and the agriculture industry at least one of the reasons for that trend. Photo credit: Shutterstock

The 2014 Organic Survey, released last week by the USDA's National Agricultural Statistics Service (NASS), indicated that in addition to the $5.5 billion worth of organic products purchased by consumers last year, there is plenty of space for continued growth of organic sales nationwide.

In fact, said Laura Batcha, chief of the Organic Trade Association, consumer demand is so high, its outpacing sales. "We need a higher rate of growth in order to get close to meeting the demand," said Batcha.

NASS administrator Joseph T. Reilly added, "Producers reported in the 2014 Organic Survey that they expect to expand U.S. organic production in the coming years, making the data even more important for policy and programs."

Reilly said the reports also "shows that organic producers are providing a wide variety of products to customers and are getting those items from farm to table more efficiently."

As such, the report noted that nearly 50 percent of organic items were bought within 100 miles of the farms where they were grown or produced.

Demand for organic goods has risen in recent years, with increased consumer consciousness about the environmental impacts of factory farming and the agriculture industry at least one of the reasons for that trend. A report published in April by the Center for Food Safety also found that healthy soil, fed by organic agricultural practices, could be the solution to mitigating climate change and addressing food and water security.