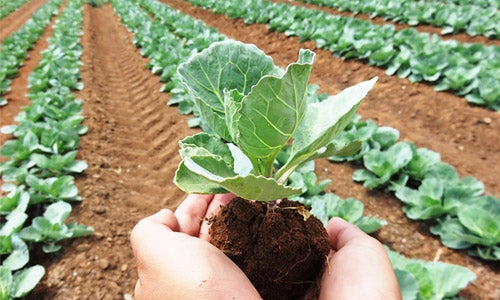 An old adage says that solving a big problem requires attacking it from all sides. That is what organic industry players—large and small—are doing to overcome organic crop supply shortages in the U.S. Organic supporters have launched a range of initiatives to increase organic farming acreage—from big company initiatives and smaller company collaborations to a new organic transition certification and long-term contracts to help farmers transition to organic.

These initiatives aim to address a fundamental problem facing the organic industry: while demand for organic food continues to soar, the supply of organic crops to meet that demand is falling short, forcing companies to import organic crops from overseas. Organic food currently accounts for about 5 percent of all food sales in the U.S., but organic farming acres make up less than one percent of total U.S. farmland. The U.S. imported $184 million in organic soybeans and $35 million in organic corn in 2014. 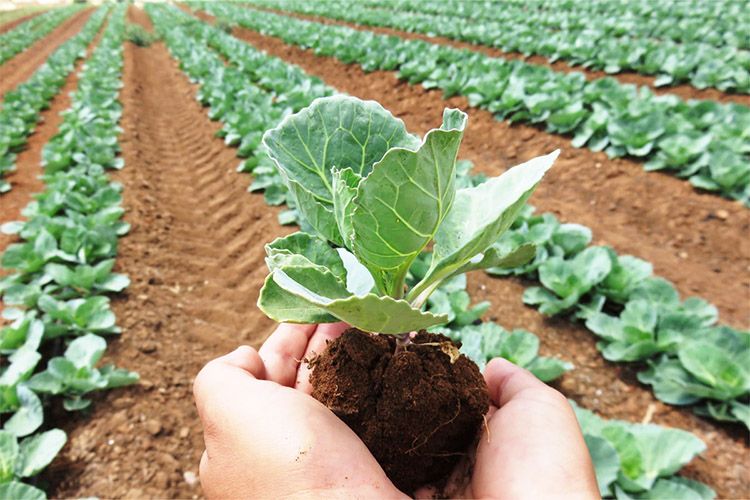 Organic food currently accounts for about 5 percent of all food sales in the U.S., but organic farming acres make up less than one percent of total U.S. farmland.

The supply-demand situation was even worse in 2015, according to Laura Batcha, executive director of the Organic Trade Association (OTA). “The supply shortage is holding back the market; 2015 was the peak of the supply shortage,” she said.

“Not Just for Hippies Anymore”

On the bright side, Batcha sees new business coming into the organic market. “Organic certifiers are seeing record months for applications (for organic certification),” she said.

According to the U.S. Department of Agriculture (USDA) figures, there were a record number of certified organic operations—19,474—in the U.S. in 2014. OTA reported that there were another 3,000 farms transitioning to organic.

Current market conditions are leading many conventional farmers to consider transitioning to organic. “Farmers are taking a second look (at organic) with commodity grain prices being low,” Batcha said.

Nate Lewis, OTA’s senior crop & livestock specialist, agrees. “There is a tremendous amount of interest from conventional producers who are really looking at organic as an option,” he said. “This marks an underlying shift from organic being a four-letter word to being a viable economic option for farmers. It’s not just for hippies anymore.”

Larger companies are putting their resources into increasing organic acres. General Mills recently announced plans to more than double the organic acreage from which it sources ingredients. General Mills plans to meet its goal of 250,000 acres by 2019, the same year the company aims to achieve $1 billion in sales from its natural and organic products.

Since 2009, General Mills has increased the organic acreage it supports by 120 percent and is now among the top five organic ingredient purchasers—and the second largest buyer of organic fruits and vegetables in North America.

Another big player with ambitious organic goals is Ardent Mills, which supplies wheat flours, mixes, blends and specialty products. The company aims to double organic wheat acres in the U.S. from the current 260,000 to 520,000 by 2019.

“About a year ago, we started getting inquiries from our flour customers who wanted to introduce new organic products and were concerned about supply,” said Shrene White, Ardent Mills’ director of specialty grains risk. “We saw there was a big gap in the supply of organic wheat.”

Since announcing their organic initiative last December, Ardent Mills has held farmer education meetings to discuss the project. “We talked to farmers about what they need to transition, what to expect during certification and the market for organic wheat,” White said.

The response from farmers has been positive, White says, not only from conventional farmers but also from existing organic farmers who want to add wheat to their crop rotations.

There are challenges for farmers transitioning to organic. “The biggest challenge is educating farmers,” White said. “They have to look at a whole new way of farming.”

Batcha says initiatives by large companies like General Mills and Ardent Mills are positive. “When big companies make investments in organic acres, it means there is confidence that the market is there and will stay there,” she said. “The more relationships there are with producers and end users, the less likely it will be that farmers will come and go in organic.”

“We have a progressive group of companies committed to growing the organic grain supply,” said Elizabeth Reaves, program director at the Sustainable Food Lab, which helped facilitate the collaboration.

The fact that companies that normally would compete with each other are working together is unique and necessary, Lewis said. “What’s needed is collaboration and relationship building. We all need to come together,” he said.

In 2015, the group launched pilot projects in Aroostook County, Maine and in the Northern Great Plains to test approaches needed to grow the supply of organic grain.

This year, group’s activities will be coordinated under a new Grain, Pulses and Oilseed council sector within the Organic Trade Association. “It makes sense to coordinate strategy through the existing industry platform of OTA,” Reaves said.

Activities planned for this year include creating a strategic plan and holding organic opportunity events in the Pacific Northwest, Northern Great Plains, Midwest and New England for all members of the organic supply chain.

Collaboration member Nature’s Path may be taking the most direct route to increasing organic acreage by buying land and converting it to organic. To date the company has purchased 6,600 acres of land in Saskatchewan and Montana to grow organic grains.

Nature’s Path, along with Clif Bar, Grain Millers and General Mills, are also members of the Prairie Organic Grain Initiative, a similar collaborative industry effort to increase the supply of organic grains in Canada.

Perhaps the biggest challenge to increasing organic farming acres is the three-year transition farmers must make to become organic. During those three years, a conventional farmer cannot use chemical fertilizers and pesticides and options for farmers to sell their transitional crops are often limited.

OTA is trying to ease that challenge by working with the U.S. Department of Agriculture to create a Certified Transition label program. Certified Transition food and animal feed products will contain ingredients made from crops harvested one year after the transition to organic has begun, but before the three-year transition period is completed.

Lewis says the standard for the Certified Transition program will be submitted to the USDA in early April. Existing organic certifiers will then apply to the USDA to be accredited to certify transitional farms and processing facilities.

Many organic certifiers already have some type of transition program for farmers. These will be harmonized under the USDA program.

Lewis hopes the program will be available to farmers by the end of this year’s harvest.

The Certified Transition program offers advantages for both farmers and processors. “This could really help farmers overcome the three-year transition barrier,” Lewis said. “For processors, having a transitional market is a way to pull farmers into organic. Instead of dangling the organic carrot (premium) three years down the road, they can dangle one-half of the carrot in one year.”

Batcha agrees. “It will help facilitate market connections during the transition period,” she said.

Another incentive to help organic farming grow is for companies to offer long-term contracts to transitioning farmers. Ardent Mills is offering long-term contracts to farmers that cover the transition period and the first few years of organic certification. Clif Bar contracted a conventional fig producer for seven years to produce organic figs, which covered the three-year transition and another four years of organic production. Oregon-based Hummingbird Wholesale has purchased rice, beans and cranberries at premium organic prices from farmers transitioning to organic.

“People that invest in transition want to secure the supply,” Batcha said. “It’s a different model than conventional farming, which rides the highs and lows of the spot market. An organic farmer with a long-term contract may be passing up a higher price on the spot market but they may also be passing up a lower price.”