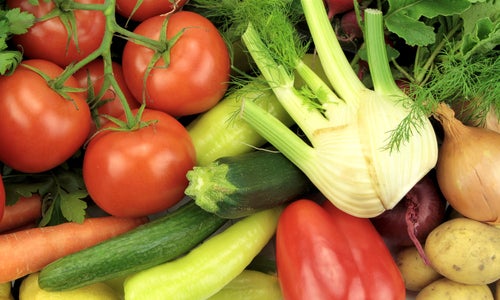 More nutritional antioxidants, far fewer toxic pesticides; those are the results of a comprehensive meta-analysis on organic foods published yesterday in the British Journal of Nutrition. Led by Carlo Leifort, PhD, at England’s Newcastle University, the analysis is a scientific rebuttal to a previous Stanford University review published in 2012, which found that there was little difference between the nutritional content of organic food over conventionally grown produce. Both studies found there to be fewer pesticides in organic products. 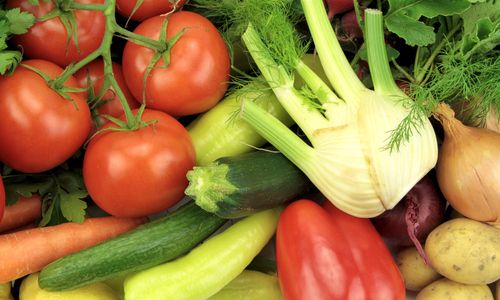 If you buy organic fruits and vegetables, you can be sure you have a higher amount of antioxidants.

While Stanford University’s review only looked at 200 studies, Dr. Leifert and his team of researchers expanded the scope of their meta-analysis to 343 studies, and also employed more robust analytic tools by analyzing the standardized mean differences of the data from the various studies. “It shows very clearly how you grow your food has an impact,” said Dr. Leifert to The New York Times. “If you buy organic fruits and vegetables, you can be sure you have, on average, a higher amount of antioxidants at the same calorie level.” Antioxidants, compounds such as phenolic acids, ﬂavanones, stilbenes, ﬂavones, ﬂavonols and anthocyanin, have been linked to lower risks of cancer and other diseases.

For many, news of higher nutritional content in organic foods is simply another benefit of buying into a system that eschews toxic pesticides, treats animals with care and protects farmworkers and the surrounding environment. Both the Stanford and Newcastle studies found pesticide residues four times more frequently on conventional crops than on organic produce.

Pesticide exposure, even at low level residues like those found on food, has been linked to a wide range of adverse impacts wildlife and humans, particularly children. In 2012, the American Academy of Pediatrics released a statement advising parents to choose organic in order to avoid pesticide exposure. Also in 2012, a report published by a team of 12 scientists found strong evidence that low doses of endocrine disrupting chemicals influence human diseases, including links to infertility, cardiovascular disease, obesity, cancer and other disorders. “Whether low doses of endocrine-disrupting compounds influence human disorders is no longer conjecture, as epidemiological studies show that environmental exposures are associated with human diseases and disabilities,” the report stated. Research from Tyrone Hayes, PhD, at University of California Berkeley found that a minute dose of the herbicide atrazine (as small as .1 parts per billion) turns tadpoles into hermaphrodites. In 2013, the Environmental Protection Agency acknowledged that low dose responses to chemicals “do occur in biological systems,” yet has still not begun regulating endocrine disrupters through a finalized Endocrine Disruptor Screening Program, as mandated by Congress in 1996.

Although eating organic provides immense benefits over chemically-intensive food production systems, it is critically important that consumers continue to pressure the U.S. Department of Agriculture (USDA) and the National Organic Program to maintain organic integrity. In order to defend organic standards from changes that would weaken public trust, Beyond Pesticides launched the Save Our Organic campaign. Consumers can take action to ask their U.S. Representatives and Senators, USDA Secretary Tom Vilsack and organic companies to support organic as a rigorous open process that holds its standards accountable to input and direction from those who produce and purchase organic food. Beyond Pesticides recently filed a petition to USDA to restore the authority of the National Organic Standards Board (NOSB). The agency mistakenly reclassified the NOSB as a time-limited advisory board, despite its creation as an independent authority by Congress under the Organic Foods Production Act.