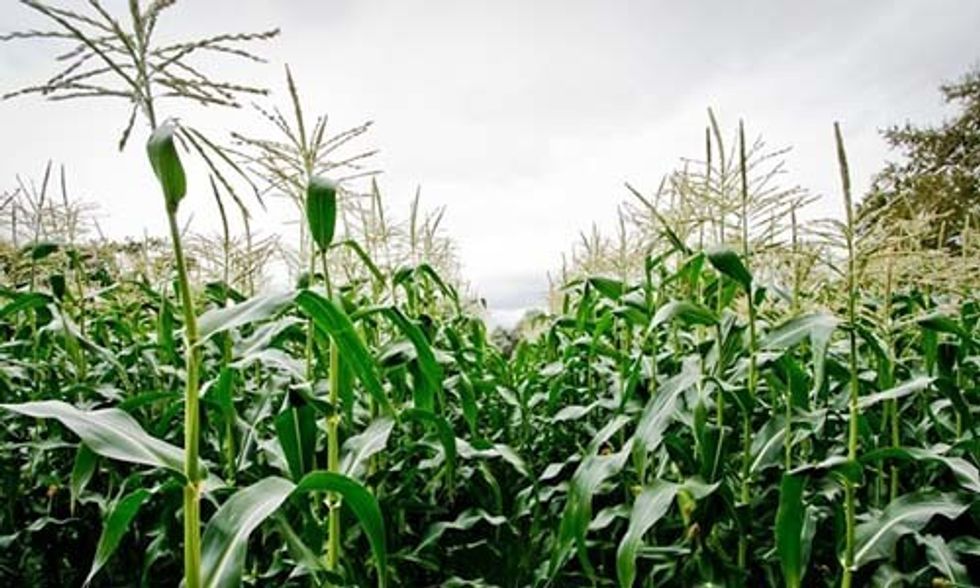 Organic farmers are racking up new victories in the fight against "franken-food," as a growing number of counties line up to bar genetically engineered (GE) crop cultivation throughout the country.

A federal judge in Jackson County, Oregon, recently upheld a consent decree that designates the region a "GE-free zone," a ruling which officially protects the decree from appeal, granting new protections to farmers, consumers and the environment.

That means organic and traditional farms in Jackson County will be protected from chemicals produced by Monsanto, Syngenta, DuPont and other biotech giants. The ruling follows the passage of other similar ordinances in at least eight U.S. counties, including in Hawaii, California and Washington, along with another Oregon county. As the Washington Post pointed out on Monday, more bans are on the horizon, with Costilla County in Colorado pushing for its own GE-free zones.

"GE-Free Zones like Jackson County are important to the future of our food because they allow farmers to grow traditional and organic crops without risk of transgenic contamination," George Kimbrell, senior attorney with the Center for Food Safety (CFS), said.

The judge's ruling, which came in late December 2015, approved the decree that was issued in response to a case brought by two GE farmers last February. With the financial support of the biotechnology lobby, the farmers challenged a 2014 ordinance that prohibited GE crop cultivation, seeking to overturn the ban on the grounds that it violated Oregon law.

However, Federal Judge Mark D. Clarke came down on the side of organic and traditional farmers, ruling that the ban was allowed under the state's Right to Farm Act.

"U.S. farmers and consumers have a right to say 'no' to Monsanto’s damaging and pesticide-driven business model," Kimbrell said in December 2015.

Elise Hingley, executive director of Our Family Farms Coalition, added, "After years of fighting, farmers like myself can finally go to bed at night knowing our crops will be protected from GE-contamination."

Under the terms of the decree, the GE farmers will be able to keep their limited crop of alfalfa in the ground for the remainder of its useful life. However, they will not be able to plant additional crops and must enact safeguards against cross-contamination, which means Jackson County is on its way to being "a GE-free sanctuary," CFS said in a statement.

"Until we have those restrictions on a federal level, until we have liability on the patent holder for contamination, then we need these zones in order to have any alternative to the current dominant paradigm of the GE crop systems," Kimbrell told the Post on Monday.

Jackson County's case "is important in that it makes clear that farmers growing traditional crops have the right to adopt local laws to protect their crops against GE contamination," Earthrise Law Center attorney Lia Comerford said. "This has always been a David and Goliath battle and we are very pleased Jackson County’s ban on GE crops will stand."