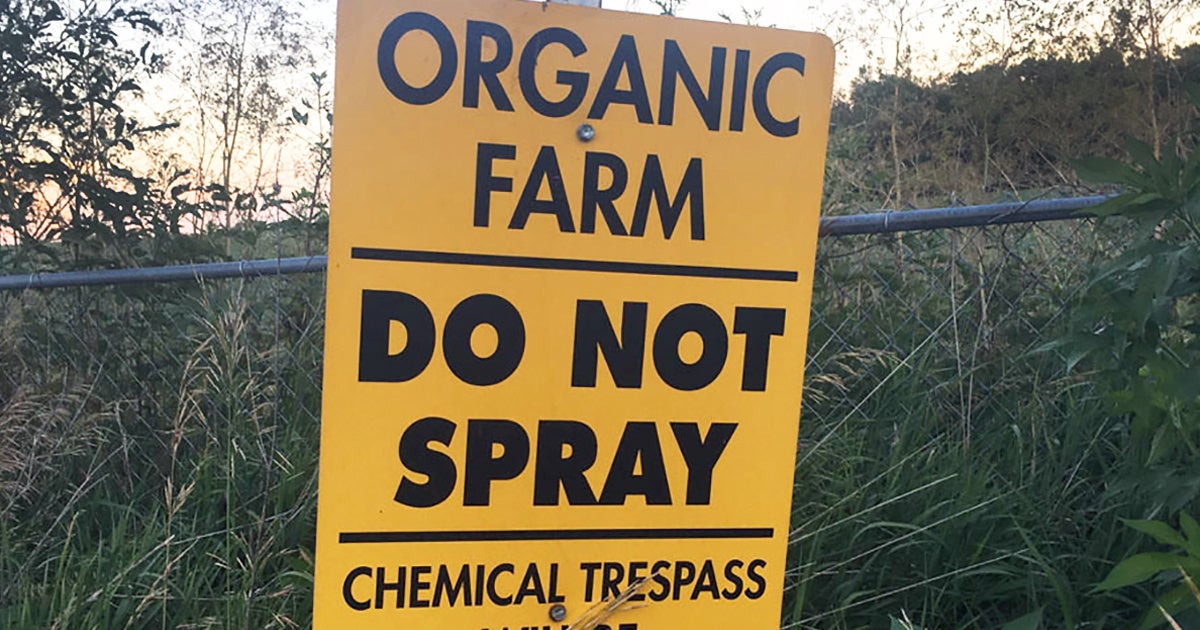 Herbicide drift has been a major problem last year damaging millions of acres of crops in the U.S.

An organic farmer in Missouri has seen firsthand how destructive herbicide drift can be as it destroys his crops and threatens his livelihood and farm.

Mike Brabo and his wife Carol own Vesterbrook Farm in Clarksville, Missouri, about an hour north of St. Louis near the Mississippi River. The farm has been in Carol’s family for nearly a century. The couple and their two children have worked the farm since 2008 after Mike survived thyroid cancer.

At that time Mike gained an appreciation for organic foods but found it difficult to afford them. “It’s expensive to buy organic fruits and vegetables at Whole Foods,” he said.

Mike and Carol decided to grow their own. It wasn’t difficult to convert the farm to organic since no chemicals had been used on the land.

“There had been nothing grown on the farm but grass for 15 years,” Mike said. 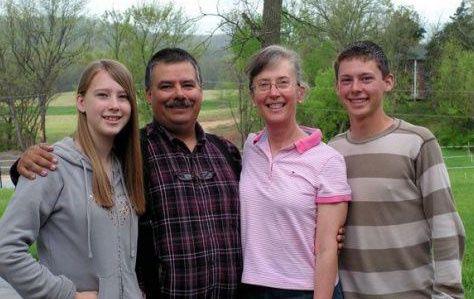 Over the years, the Brabos have grown their organic farm. A lot of vegetables can be grown on 24 acres, and the Brabos have planted more than 60 including lettuce, spinach, beets, kale, broccoli, cauliflower, asparagus, peppers, squash and tomatoes, among others. Some vegetables are grown in four high tunnel greenhouses. They also planted an orchard with apple, peach, plum and cherry trees and fruit bushes such as raspberries. They also grow herbs such as sage, parsley and cilantro.

They sell the fruits of their labor to 150 members of their community supported agriculture (CSA) program. Ironically, some of the CSA members are employees of a large, well-known multi-national agribusiness company in St. Louis.

Mike says his customers appreciate getting fresh organic produce. “Some people have a tough time finding organic food. There are not a lot of organic farms in our area.”

Vesterbrook Farm uses organic practices but is not certified through the U.S. Department of Agriculture’s National Organic Program. Instead, Mike chose Certified Naturally Grown (CNG) as their certifier.

“Their standards meet or exceed the USDA’s,” he said. “CNG has a much greater emphasis on sustainability with planting areas that bring in wildlife and beneficial insects.”

The Brabos have seen growing success with their organic farm and CSA with sales increasing 10 percent per year.

That is until this year. In June, a conventional farmer neighbor sprayed his soybean field with herbicides. Wind blew the herbicides over the Brabos’ land.

This happened despite Mike having signs that say “Organic Farm, No Spray” signs and registering his farm with DriftWatch, a communication tool that enables farmers and pesticide applicators to work together to protect specialty crops using mapping programs.

The damage from the herbicide drift was total. “We found damage across our farm, which is 500 yards wide, including on the far north side of the property,” Mike said.

Tests revealed that the herbicides responsible for the damage were glufosinate, clethodim and metolachlor.

Their Certified Naturally Grown certification was suspended, and the Brabos must essentially start over to remove the herbicide contamination from their farm. It will take three years at an estimated cost of $1.6 million to remediate the damage and regain CNG certification. According to Mike, they will have to plant cover crops and replenish the soil with beneficial bacteria and mycorrhizal fungi.

“Worst Case Scenario is We Lose the Farm”

Mike could grow vegetables and sell them as conventional but he refuses for fear that a customer would become sick because of the herbicide contamination.

“As a cancer survivor I’m not going to be complicit in putting something in the food supply that could make someone sick,” he said.

For now, the Brabos are out of business for three years. “We aren’t sure what we are going to do,” Mike said. “The worst case scenario is we lose the family farm.”

The Brabos are working with attorneys to reach a settlement with their neighbor’s insurance company.

“We just want to be rightly compensated to grow healthy food for ourselves and repairing the soil and ecosystem so we can grow food for the St. Louis community,” Mike said.

While the Brabos’ farm wasn’t damaged by dicamba, their ruined crops demonstrate the destruction it and other pesticides can cause to small family farms.

“This whole drift issue is so huge. How many farmers and vegetable growers have chemically drifted vegetables?” Mike said.

To help Vesterbrook Farm recover from its devastating losses, go to YouCaring.