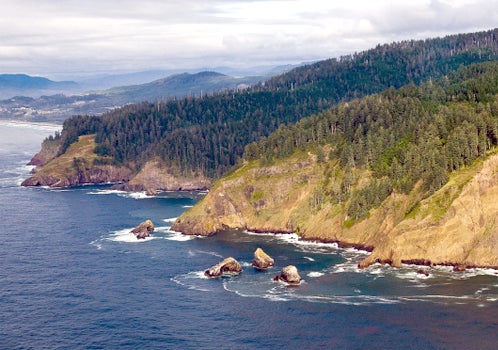 Combined with new sites that were implemented in January at Redfish Rocks near Port Orford and Otter Rock by Depoe Bay, the law creates an initial network of marine reserves and protected areas off the Oregon coast. The reserves will serve as “ecological savings accounts” and provide places for plants and animals to reproduce and thrive.

“This is a historic day for Oregon,” said the Pew Environment Group’s Susan Allen, who directs the Our Ocean coalition. “Our state has a long history of natural resources stewardship. This is the most important law to protect our Territorial Sea since the landmark Beach Bill of 1967.”

http://www.youtube.com/embed/ZSCksl8vKRw?feature=player_embedded. Marine reserves are not a silver bullet, but they do increase the overall resilience of the ecosystem.”

“The sum total of all no-take areas in Oregon’s ocean will represent just roughly 3 percent of our state’s 362-mile coastline now,” said Paul Engelmeyer of the Audubon Society of Portland. “Yet combined with neighboring protected areas that make up an additional 5.7 percent of our nearshore habitats, these designations have the potential to bolster the marine health and, by extension, our ability to harvest offshore resources more sustainably. We believe this legislation has potential to create a coastal legacy that our children will enjoy for many generations.”

Chief sponsors of the bill included all members of the Coastal Caucus, the bipartisan, bicameral group of legislators who represent the coastal communities. These sponsors shepherded the legislative review of the bill, securing a 25-5 vote in the Senate and a 57-2 vote in the House. 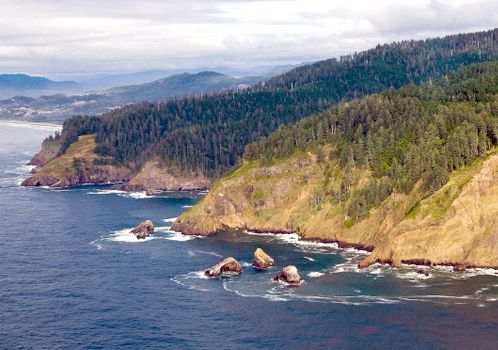 Oregon’s marine reserve process began in 2000 when Gov. Kitzhaber asked his citizen advisory council called the Ocean Policy Advisory Council (OPAC) to review the science of marine reserves, hold public workshops to garner coastal advice and recommend next steps. In 2002, OPAC returned with recommendation to proceed indicating that additional evaluation would be prudent. In 2008 during his second term of office, Gov. Kulongoski issued Executive Order 08-07 which directed the state to host a marine reserve process and identified a clear timeline and process for members of the public to propose sites for consideration as a marine reserve.

Twenty proposals were submitted—all clustering around nine ecologically important areas. Each of the nine sites were reviewed to be “large enough to be ecologically significant, yet small enough to avoid significant economic harm” OPAC’s recommendation was codified in HB 3013 which was approved by the Oregon Legislature in 2009. The bill designated two marine reserves at Otter Rock and Redfish Rocks and directed Oregon Department of Fish and Wildlife to support a community driven public process that would further evaluate the economic, social and ecologic impacts. The resulting “2010 Oregon marine reserve community team process” yielded strong majority votes in all three state-sponsored discussions. In December of 2010, OPAC reviewed the community team recommendations and unanimously approved them.