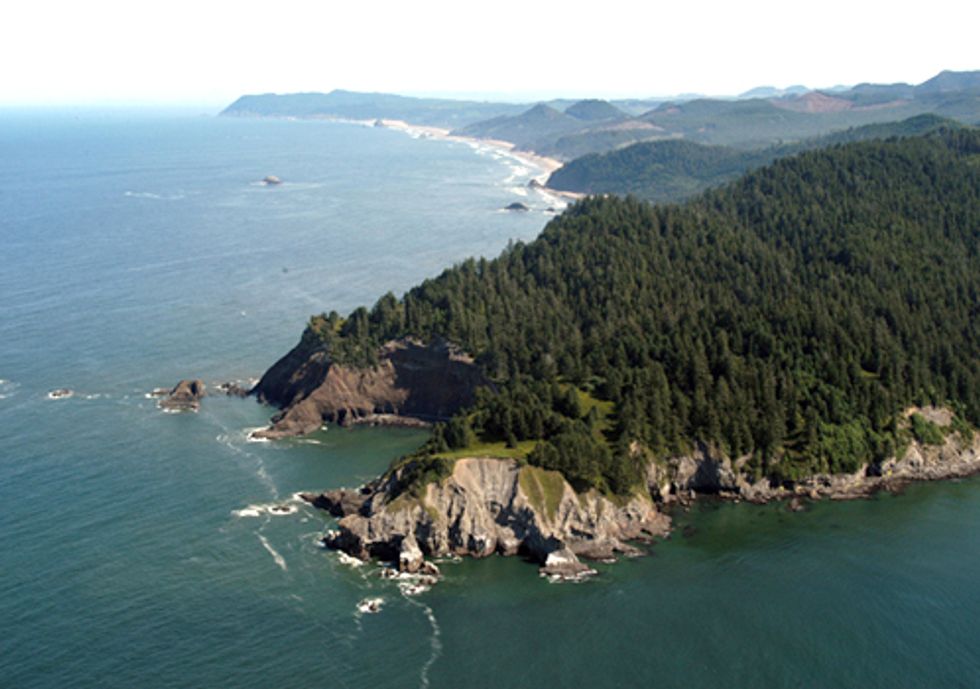 Two other marine reserves were implemented in January, at Redfish Rocks near Port Orford and Otter Rock by Depoe Bay. Combining those with the three new sites would create an initial network of marine reserves and protected areas off the Oregon coast. Once the new law is signed by Gov. John Kitzhaber and enacted, these designations will serve as “ecological savings accounts” and provide places for plants and animals to spawn and thrive.

“This action recognizes the value and pride that Oregonians have for our ocean,” said Susan Allen, manager at the Pew Environment Group and director of Our Ocean. “Safeguarding coastal waters preserves their beauty and bounty for us and our children.” Our Ocean represents more than 250,000 people from a diverse group of organizations including the Oregon AFL-CIO, Oregon Shores Conservation Coalition, and the Oregon Business Association.

This designation honors the efforts by volunteers and the consensus building accomplished by coastal communities to create a suite of recommendations that balance the ecological and economic needs of each site individually, and the system collectively. The Oregon Department of Fish and Wildlife reported ocean stakeholders invested more than 25,000 hours of volunteer time in 2010 alone.

“Marine reserves around the world have demonstrated the value that protecting ocean habitats can have for building resilient local economies and coastal ecosystems,” said Robin Hartmann, Ocean Policy Advisory Council (OPAC) member and ocean program director of the Oregon Shores Conservation Coalition. “This bill makes it possible to put into place a statewide flagship program that supports an enriched and productive nearshore ocean.”

“The sum total of all no-take areas in Oregon’s ocean will represent just roughly 3 percent of our state’s 362-mile coastline now,” said Paul Engelmeyer, manager of the Audubon Ten Mile Creek Sanctuary and OPAC member. “Yet combined with neighboring protected areas that make up an additional 5.7 percent of our nearshore habitats, these designations can bolster the health of the ocean and, by extension, our ability to harvest ocean resources more sustainably. We believe this legislation has potential to create a coastal legacy that our children will enjoy for many generations.”