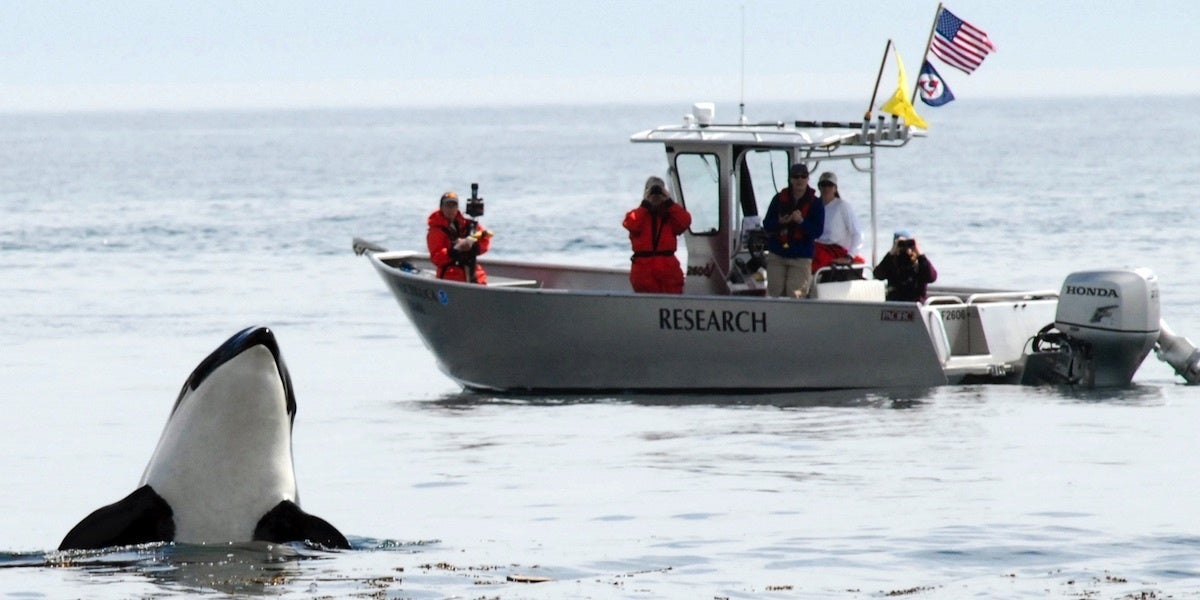 There are only 76 orcas left in Puget Sound, down from 98 in 1995. Their numbers have dipped due to pollution, underwater noise and disturbances from boat traffic, and lack of their favored prey. Recent deaths, particularly
among calves, mothers and pregnant whales, appear to be driven by food scarcity.

Orcas are a state treasure, and Washingtonians have an obligation to protect them. That's why I signed an executive order today to aid in the recovery of the endangered southern resident killer whales and the Chinook salmon these #orcas eat. https://t.co/vCe6T5k35A #PugetSound

Gov. Inslee signed an executive order Wednesday outlining a strategy for southern resident orca and Chinook recovery. State agencies have been instructed to outline immediate steps and long-term solutions to recover these species.

“The problems faced by orcas and salmon are human-caused, and we as Washingtonians have a duty to protect these species,” Inslee said. “The impacts of letting these two species disappear would be felt for generations.”

The order also creates a task force that will propose funding and legislation to help southern resident orcas. Its first report, due Nov. 1, will highlight problems the whales face, including a lack of prey, toxic contaminants and vessel traffic and noise.

Thomas “Les” Purce, former president of The Evergreen State College, will serve as one of the co-chairs of the task force.

“This is not going to be easy work,” he said, but it is important to “recognize that the work we’re doing now is so critical, not just for the orcas, but to all of us and the future of our kids …. It’s what we leave them.”