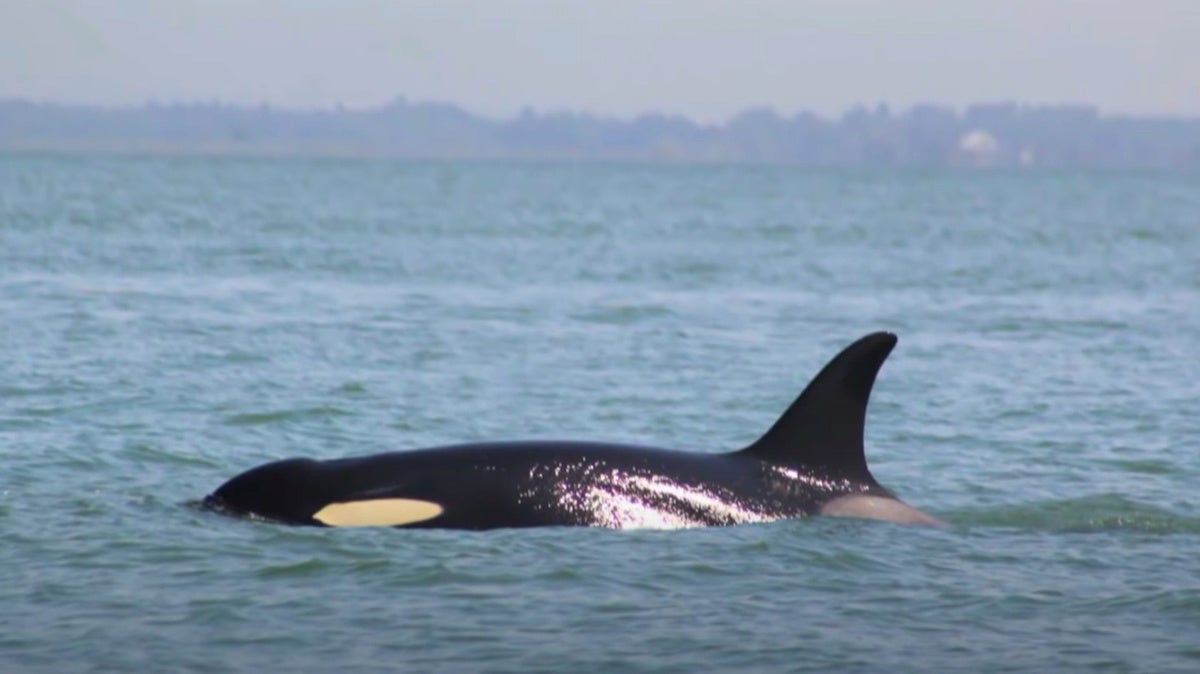 Tahlequah, the southern resident killer whale who carried her dead calf for 17 days and more than 1,000 miles, is pregnant again. CBC News: The National / YouTube

Tahlequah, the southern resident killer whale who broke hearts around the world when she carried her dead calf for 17 days and more than 1,000 miles, is pregnant again.

Tahlequah’s grueling journey called attention to the plight of the endangered orcas who roam the waters between Washington state and British Columbia. The animals are threatened by boat traffic, pollution and the decline in their food staple chinook salmon.

“There are stressed whales out there, critically stressed,” Holly Fearnbach, marine mammal research director for the nonprofit SR3, told The Associated Press.

Tahlequah, J35, is pregnant again! Every boater can help these vulnerable whales by giving the extra space. #orca #killerwhale #Tahlequahhttps://t.co/xOgnDsXecZ

The purpose of the drone photographs was to track the orcas’ overall condition and nutrition over time in a non-invasive manner, SR3 explained. (The drone flies more than 100 feet above the whales, according to The Seattle Times.) But comparing the photographs revealed several pregnancies in J, K and L pods.

Orca pregnancies are common, but successful births are far less so. Two thirds of them are typically lost, Center for Conservation Biology at the University of Washington researcher Sam Wasser has found. This is mostly due to poor nutrition linked to a decline in salmon.

When Tahlequah gave birth two years ago, it was the first birth for southern residents in three years. Since then, two other calves have been born to the orcas, and both are still alive. However, the population as a whole is down to just 73 whales, according to a Center for Whale Research population census.

“With such a small population … every successful birth is hugely important for recovery,” SR3 wrote.

Fearnbach and Durban told The Seattle Times that boaters could help the pregnant whales by giving them space and quiet to feed.

This is important for two reasons. First, orcas tend to return to the same hunting grounds, but many of their traditional spots are seeing a lot of traffic from boats, fishermen and commercial ships.

“Just like human [fishermen] that don’t just go drop a hook in the ocean,” Durban told The Seattle Times. “They have their favorite places. They are amazing societies that pass culture down from generation to generation. They are creatures of habit.”

Second, whales hunt using sound, which is why boat noises are such a big threat.

“[W]e hope folks on the water can give the Southern Residents plenty of space to forage at this important time,” SR3 wrote.

The pregnant whales aren’t the only ones in need of support right now. Fearnbach told The Associated Press that several juvenile whales appeared skinny.