Orangutan Sheds a Tear During Heart-Warming Moment With Pregnant Woman 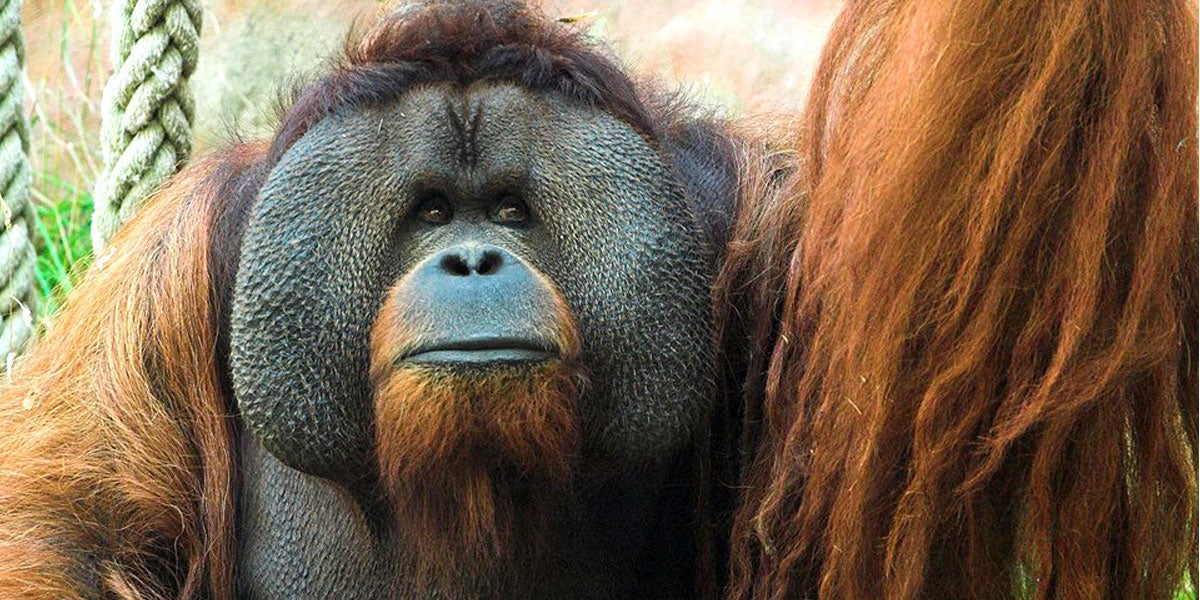 A popular orangutan at a zoo in England is making headlines again after he was seen on video having a touching moment with a pregnant woman.

Kayley Bettany was visiting Colchester Zoo in Essex with her husband, Kieran, when the zoo’s 48-year-old great ape, Rajang, came over and started caressing her belly through the glass.

Orangutang's reaction to a woman with a baby bump in Colchester Zoo. pic.twitter.com/q7Tufo1nqh

“When he started playing around with my bump through the glass it amazed me,” Kayley told The Daily Mail. “I never thought the orangutan would react this way—he even had a tear in his eye.”

The Bettanys have since been back to see Rajang with their daughter, Brooke.

This isn’t the first time Rajang has been seen on video completely enthralled with a bun in the oven. Last year, Maisie Knight was at the zoo when her partner Jamie Clarke told her to put her baby bump up against the glass.

Clarke caught the sweet exchange on video, which he later posted on YouTube, of Rajang kissing her bump through the glass.

“Me and my 37 week pregnant partner visited Colchester zoo and [were] amazed when we visited Rajang the orangutan,” he wrote on the post. “She is heavily pregnant and before long he was trying to kiss my partner’s belly through the glass … Truly a special animal that has touched our hearts.”

As the video gained the attention of the world via social media, the zoo acknowledged Rajang’s curiosity and penchant to interact with visitors:

“Rajang has always been a curious orangutan! He loves belly buttons, scars and of course baby bumps! His inquisitive way means he loves to interact with visitors particularly those who might be expecting!”

Following Rajang’s most recent exchange, two keepers at the zoo who are expecting are taking his interest one step further to see if he can predict what the sex of their baby will be.

Orangutans, like Rajang, are native to Indonesia and Malaysia, and are currently found only in the rainforests of Borneo and Sumatra.

In Indonesia, scientists say the extraordinary Leuser Ecosystem is among the most important forests left in Southeast Asia and is critically important to the continued survival of species including orangutans, tigers, rhinos and elephants. However, it is being lost to palm oil production.

The issue was recently exposed in a short video from the team behind the film Racing Extinction. The video shows how the blind growth in demand for palm oil—the cheapest vegetable oil on the planet which is found in more than half of all packaged goods in an average local supermarket—has recklessly pushed massive, industrial-scale plantations deeper into the heart of Indonesia’s rainforests.

“Given the scale of the climate and biodiversity crisis, we must act now to stop the bulldozing of the Leuser Ecosystem for palm oil,” Chelsea Matthews, forest campaigner at Rainforest Action Network, said upon the film’s release.

20% of Oil Palms Grown for Palm Oil in Indonesia Are Illegal, Report Finds