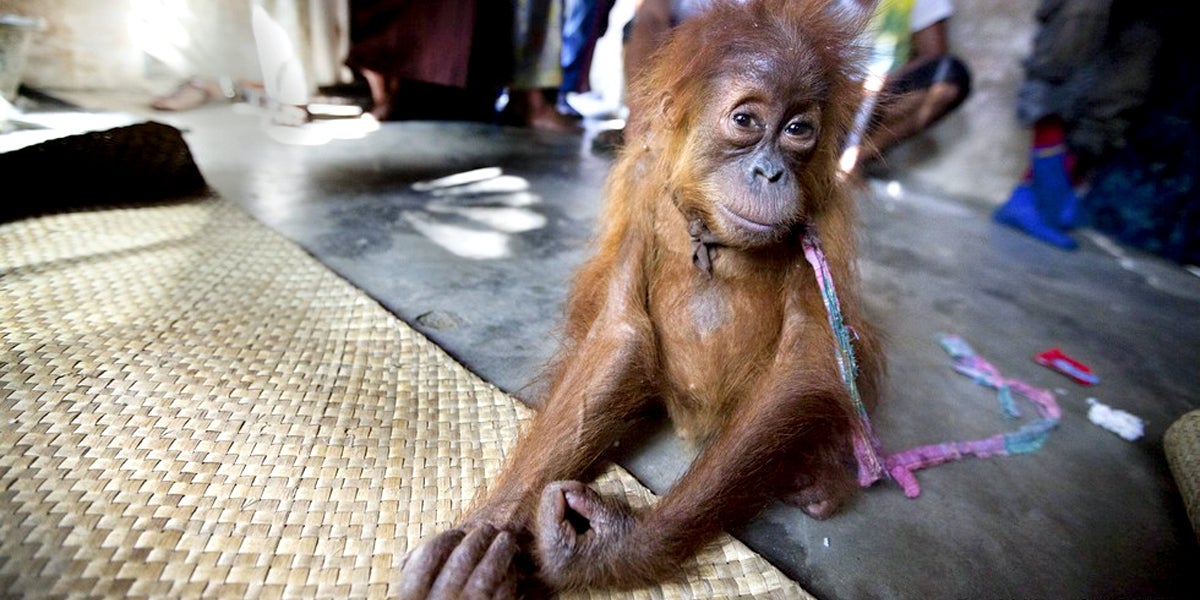 As Conflict Palm Oil companies move into priceless rainforests like Sumatra’s Leuser Ecosystem, they are leaving a trail of destruction behind. Chocolate the orangutan is one of the few lucky survivors of this destruction and his is a story of hope.

Racing Extinction, Rainforest Action Network and Wildlife Asia have put together a short video about Chocolate to expose the impact of Conflict Palm Oil.

Chocolate, a Sumatran orangutan, was orphaned at a young age. He was violently ripped away from his mother to be sold into the pet trade after his rainforest home in the Leuser Ecosystem was destroyed to make way for massive industrial palm oil plantations. As the Leuser Ecosystem continues to be destroyed for palm oil, more forests are being fragmented, giving poachers easy access to Sumatran orangutans like Chocolate and other species hunted for trade on the black market. 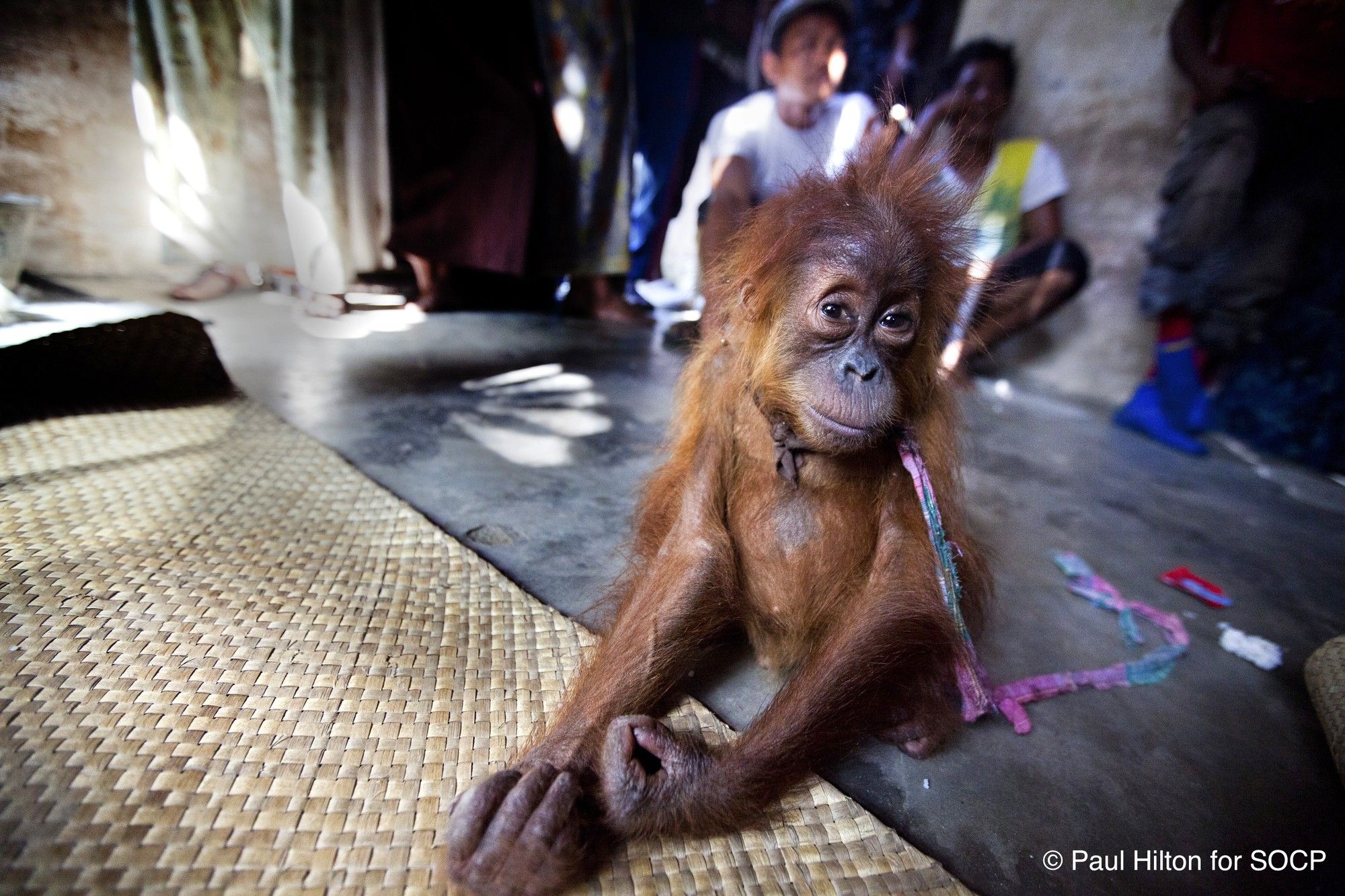 Chocolate shown as an infant orphan orangutan while being held illegally by wildlife traders in a small village on the outskirts of the Tripa peat swamp in Indonesia’s Leuser Ecosystem. Paul Hilton / SOCP

The rainforests of the Leuser Ecosystem are the last place on Earth that can support viable populations of Sumatran orangutans and other critically endangered species. Protecting this extraordinary place is essential if the Sumatran orangutan, tiger, rhino and elephant are going to continue to survive in the wild.

Driving this crisis is Conflict Palm Oil: the world’s cheapest vegetable oil which is found in roughly 50 percent of packaged goods, including foods made by snack food giant PepsiCo. The skyrocketing demand for cheap Conflict Palm Oil has driven industrial-scale palm oil plantations deep into the rainforests of Indonesia, including the critically important Leuser Ecosystem. 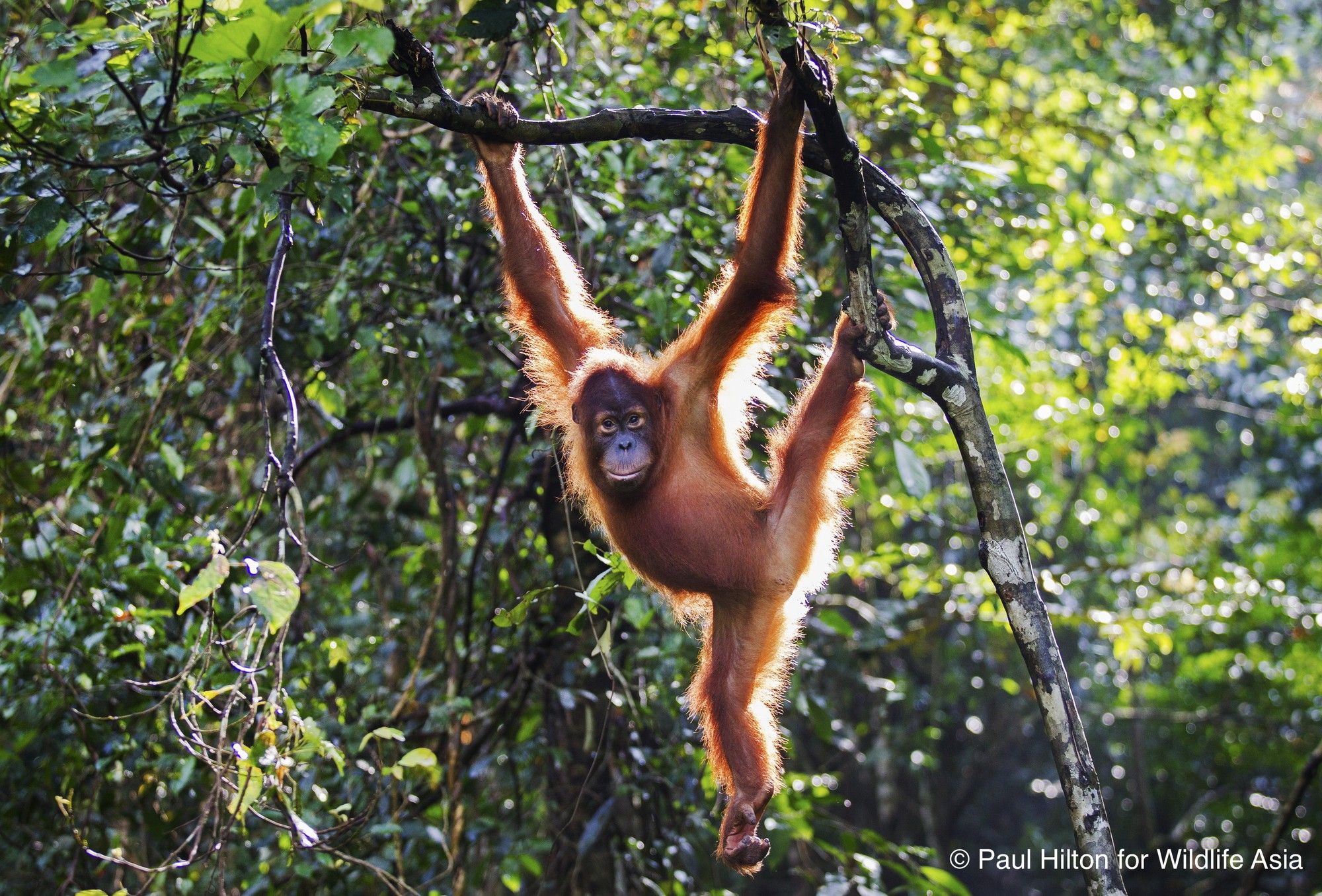 Chocolate, a critically endangered Sumatran orangutan, is released into the wild after four years in rehabilitation.Paul Hilton / Wildlife Asia

PepsiCo is the largest globally distributed snack food company in the world and uses an immense amount of palm oil: Its annual consumption could fill enough Pepsi soda cans full of palm oil to circle the earth at the equator four times.

Right now, PepsiCo and other mainstream companies are failing to use palm oil in their products that is truly conflict-free. As palm oil is such a pervasive ingredient, boycotting products that contain it would be nearly impossible. This is why there is a growing movement calling for truly responsible palm oil—a benchmark that ensures no deforestation, no species extinction and no human rights abuses for the production of palm oil.

This approach is already proving successful as each year more and more of the companies that buy, sell and use palm oil in their products have adopted responsible palm oil commitments. But PepsiCo has fallen behind its peers by failing to raise its standards to the new global benchmark for responsible palm oil use. PepsiCo must clean up its palm oil supply chain to ensure it is not driving iconic species like the Sumatran orangutan to extinction.

Join the movement. Demand PepsiCo adopt a truly responsible palm oil policy and break its link to the destruction of critical forests like the Leuser Ecosystem.

Although we continue to see destruction for palm oil, there is hope. Every day more people are standing up, fighting back and holding the line against further destruction. Together, we can win for Chocolate, for the Leuser Ecosystem and for all the people and animals who reply on it.