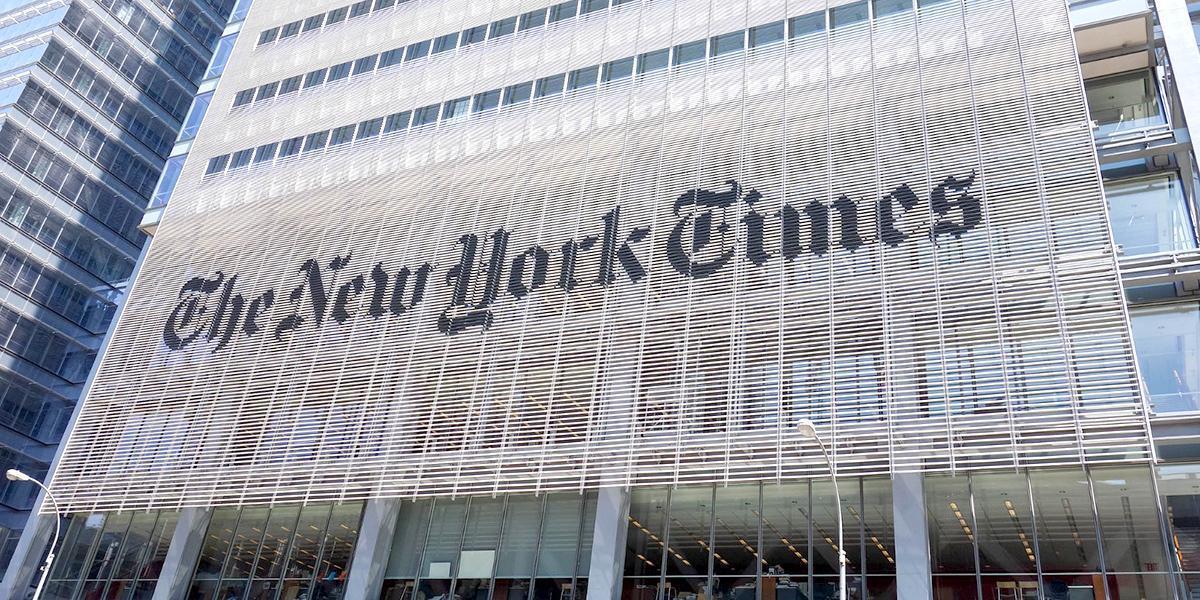 Dozens of climate experts are calling on The New York Times to reaffirm its dedication to the facts and issue a more comprehensive correction to columnist Bret Stephens’ error-laden debut column on climate change.

On April 29, former Wall Street Journal columnist and longtime climate denier Bret Stephens published his first column, Climate of Complete Certainty, for The New York Times. The column was roundly criticized for being full of errors, “unfair comparisons,” “straw men,” “logical fallacies” and “lazy” and “disingenuous” arguments. Notably, in the one instance where Stephens actually quoted data to make an assertion, the New York Times was forced to issue a correction, clarifying, “An earlier version of this article misstated the area that warmed by 0.85 degrees Celsius as noted in the 2014 Intergovernmental Panel report. It was the globally averaged combined land and ocean surface, not only the Northern Hemisphere.”

Now climate experts have issued an open letter calling for the New York Times to publish a more substantial correction. It notes that Stephens inaccurately and misleadingly uses the term “modest” to describe the rise in temperatures since 1880, cherry-picks “only one side of the range of uncertainties” associated with climate projections, and “mischaracterizes both the certainties and uncertainties regarding climate change, and misrepresents how science reports uncertainties.”

The letter also invites scientists to add their names to the letter and urges concerned members of the public to sign a petition calling on the New York Times to stop publishing climate science misinformation.

Here’s the open letter as posted by ClimateFactsFirst.org:

We are deeply concerned about inaccurate and misleading statements about the science of climate change that appeared in Climate of Complete Certainty by Bret Stephens (April 28, 2017). While “alternative facts”, misconceptions, and misrepresentations of climate science are unfortunately widespread in public discussion, we are dismayed that this practice appeared on the editorial page of The New York Times.

There are opinions and there are facts. Stephens is entitled to share his opinions, but not “alternative facts.”

Fact: The N. Hemisphere warmed substantially more than claimed by the writer. The globe warmed by about the amount Stephens claimed the Northern Hemisphere did when he referenced the 2013 IPCC report. The subsequent correction was inadequate, failing to note, for example, that Stephens understated the warming, and that the record warmth in each of the past three years magnifies this mistake.

Using the term “modest” to describe this amount of warming is inaccurate and misleading. Science has found the warming to date to be large and rapid. Much as a fever of only several degrees can be deadly, it only requires a few degrees of warming to transition the planet out of ice ages or into hot house conditions. Importantly, the recent warming has been extremely rapid: more than 100 times as fast as the cooling that took place over the previous 5000 years. It’s the rapidity that is most troubling. Human society is built on a presumption of stability, and the rapidness of the change is creating instability.

Not surprisingly this warming has already led to impacts that are widespread and costly. The damage incurred in New York City during Super Storm Sandy was amplified by sea level rise that elevated and significantly extended the reach of the storm surge. Estimated costs for the additional damage were in the billions of dollars.

Stephens also mischaracterizes both the certainties and uncertainties regarding climate change, and misrepresents how science reports uncertainties. Contrary to the writer’s false accusation that scientists claim total certainty regarding the rate of warming, IPCC reports present a range of estimates for global warming — centering around 1°C (1.8°F) of warming since pre-industrial times.

Some things we know for sure, for example that the Earth is warming and that humans are the dominant cause. Yet even the latter is expressed with care; the best estimate of the human influence is 110%, with a range of about 80% to 130%. In other words, natural factors alone would have caused the Earth to cool slightly, but human influences counteracted that and led instead to substantial warming.

Importantly, the scientific treatment of uncertainty extends to climate projections, which give ranges of future warming under various emissions scenarios. However, Stephens suggests that risk management should only be guided by the possibility that warming and its impacts could be less than the best estimate, and not the possibility that it could be more. This cherry picking presents only one side of the range of uncertainties. But uncertainty cuts both ways, and reasonable risk management demands looking at both.

We respect the journalism at the Times and believe its reporters consistently do an excellent job of accurately covering climate change with depth and clarity. But that does not excuse disinformation appearing on the editorial page. Facts are still facts, no matter where in the paper they appear.

We call on the Times to publish a more comprehensive correction to the inaccuracies that appeared in Stephen’s column and to avoid such errors in the future by fact checking editorials as carefully as they do news stories.

There is certainly a place for a variety of well-informed opinions when it comes to societal responses to climate change. But it must be made clear that there are facts that are not subject to opinion.

If you are a scientist, click here to add your name to the letter.

Concerned members of the public, click here to take action.