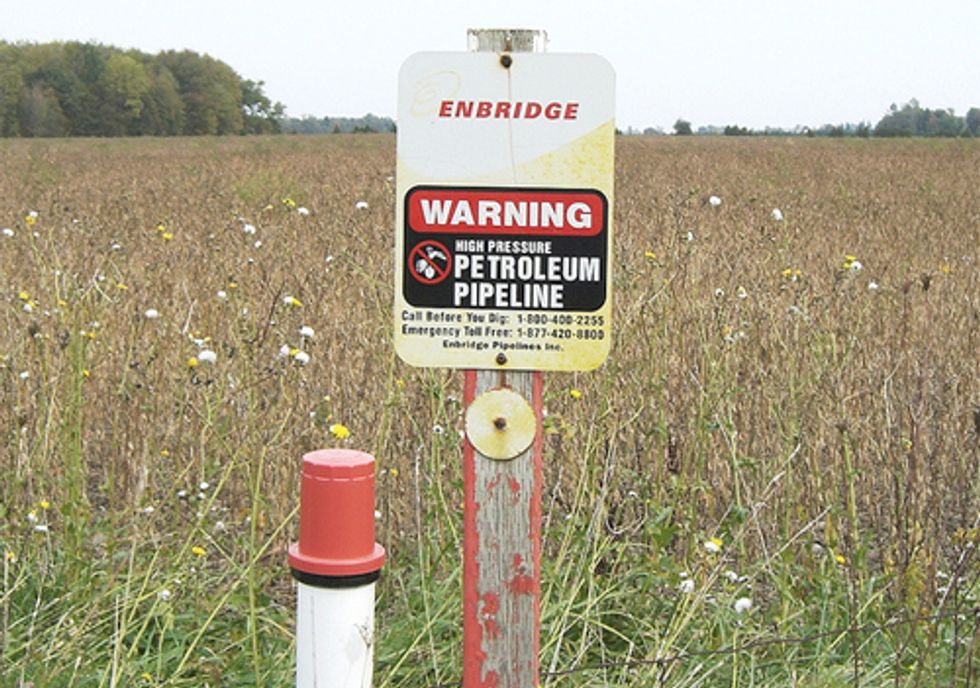 The Canadian National Energy Board today closed public input on the proposed Line 9 Reversal Phase I tar sands pipeline project after recording more than 41,000 citizen comments in opposition. A coalition of 11 groups submitted the comments focused on the environmental and public health dangers presented by the tar sands project and the need for a comprehensive environmental and public safety review.

The National Energy Board, the Canadian federal agency that oversees permitting interprovincial pipelines, is reviewing the Enbridge pipeline company’s proposal to reverse the flow direction of a portion of its aging 62-year-old pipeline to move tar sands crude approximately 125 miles from Sarnia to the Westover Oil Terminal, outside of Hamilton, Ontario.

The project is criticized by the groups as an effort by the company to build the shelved Trailbreaker tar sands pipeline in segments to avoid comprehensive environmental review. In 2008, Enbridge announced its “Trailbreaker” pipeline proposal to move tar sands crude 750 miles from mining operations in Alberta through Ontario and Quebec and across New England to Portland, Maine. There the crude would be loaded onto tankers for export to refineries on the East Coast or overseas. The company put Trailbreaker on hold in 2009.

As recently as October 2011, pipeline companies discussed the Trailbreaker plan in the press. However, Enbridge now denies that this aptly named “Phase 1” reversal is part of the larger Trailbreaker project.

The National Energy Board can order an investigation of the full environmental impact of the larger project, including the safety impacts of tar sands pipeline to the environment, waterways and communities, and climate pollution from tar sands.

“It is highly risky to pipe the world’s dirtiest source of oil across Maine, along Sebago Lake to Portland Harbor and Casco Bay,” said Dylan Voorhees, clean energy project director for the Natural Resources Council of Maine. “The pipeline would threaten Sebago Lake, which supplies drinking water to more than 15 percent of Maine people.”

"The Trailbreaker project would use an old U.S. pipeline built in 1950 that cuts through mile after mile of pristine rivers, lakes and open spaces. The higher temperatures and pressures needed to move tar sands through the pipeline would significantly increase the risk of the pipeline leaking or rupturing. The effects could be devastating to the Androscoggin River, Sebago Lake and Casco Bay," said Environment Maine Director Emily Figdor.

More information on the Trailbreaker pipeline proposal is available in a factsheet linked here.