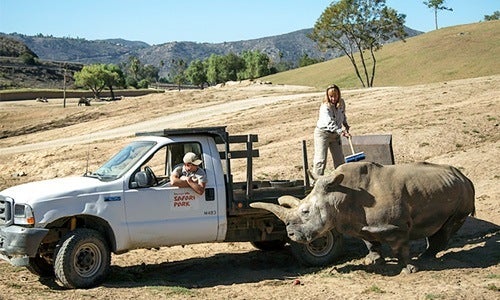 The aging female rhino, who had been at the zoo since 1989, had been captured from the wild in Sudan when she was about two years old. Nola was brought to the San Diego Zoo from a Czech Republic zoo as part of breeding loan. 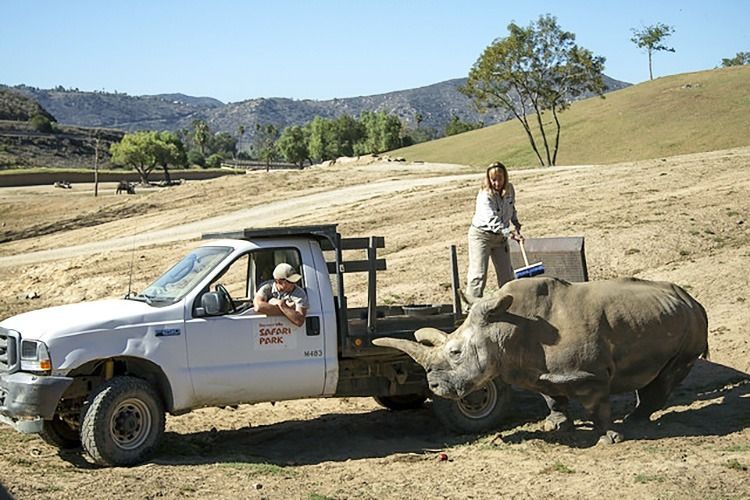 Forty-one year old Nola had been suffering from a bacterial infection since May. Photo credit: San Diego Zoo Safari Park

Forty-one-year old Nola had been under veterinary care since May for a bacterial infection near her pelvis, as well as age-related health issues, zoo officials said in a statement. On Nov.13, veterinarians had performed a minor surgical procedure on Nola to drain a large abscess deep in her pelvic region. The procedure, however, didn’t manage to clear out all off the infected material.

Nola’s keepers had been watching her round-the-clock since earlier last week when they noticed she wasn’t eating properly and seemed lethargic. Her condition worsened significantly Saturday despite intensified treatment efforts and yesterday morning, Nola’s team of caretakers “made the difficult decision to euthanize her,” San Diego Zoo Global said in a statement.

With Nola’s death the northern white rhino sub-species’ number is now down to three individuals. The three include a 42-year old male named Sudan and two females, 25-year-old Najin and 15-year-old Fatu—all of who live on the Ol Pejeta Conservency in Kenya.

In April this year all the three rhinos were placed under 24-hour armed guard at the conservancy. The average life span of white rhinos is 40 to 50 years. If Sudan—the last remaining male of this sub-species—dies without mating successfully with Najin or Fatu, the northern white rhino will disappear from the planet forever.

Watch This Eagle Snatch a Drone in Mid-Air