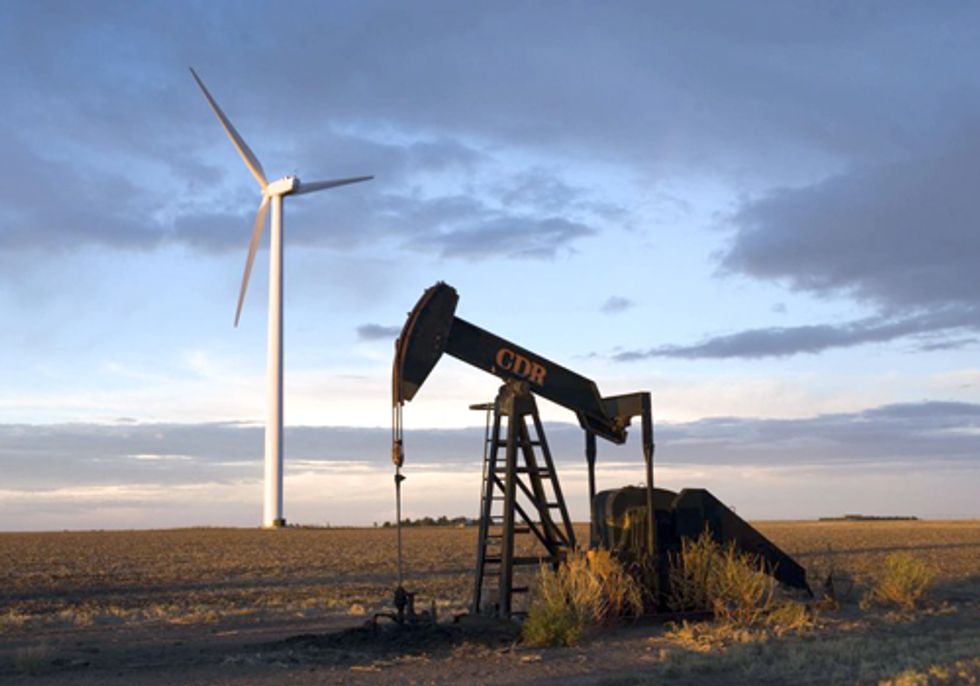 Fed up with the undue influence of the energy companies, utilities, lobbyists and other interests that are making it impossible for Washington to move forward decisively in achieving America’s clean energy future, 36 citizen organizations with more than 1.1 million combined members are joining forces to advance a nine-point “American Clean Energy Agenda” and to push for a serious renewable energy agenda no matter who is the next president or which party controls Congress.

As crafted by the groups, the new American Clean Energy Agenda calls for a number of bold steps, including: phasing out nuclear power, natural gas, coal and industrial biomass in favor of efficient use of renewable, non-polluting resources; opposition to a “clean energy standard” that includes coal, nuclear, oil, gas and unsustainable biomass; retooling federal “loan guarantees” to make smarter investments in renewable energy; greater emphasis on renewable energy and energy efficiency programs; and avoiding a future in which Americans suffer the consequences of mountaintop mining for coal and fracking of shale gas that is then exported for use in other nations.

Organized by the nonprofit Civil Society Institute (CSI) and the Environmental Working Group (EWG), the emergence of the new network of citizen-run organizations reflects a deep dissatisfaction among Americans about the iron grip maintained by the energy industry and its lobbyists in promoting the non-solution of an “all of the above” approach to energy that would preserve the worst options and dilute the focus on real solutions.

How do the three dozen groups know they reflect the thinking of the vast majority of Americans? On April 25, 2012, the Civil Society Institute released a national opinion poll conducted by ORC International finding that:

• More than three out of four Americans (77 percent)—including 70 percent of Republicans, 76 percent of Independents and 85 percent of Democrats—believe that “the energy industry's extensive and well-financed public relations, campaign contributions and lobbying machine is a major barrier to moving beyond business as usual when it comes to America’s energy policy.”

• More than eight out of 10 Americans (83 percent)—including 69 percent of Republicans, 84 percent of Independents and 95 percent of Democrats—agree with the following statement: “The time is now for a new, grassroots-driven politics to realize a renewable energy future. Congress is debating large public investments in energy and we need to take action to ensure that our taxpayer dollars support renewable energy—one that protects public health, promotes energy independence and the economic well being of all Americans.”

“It is time for the communities who are suffering the ill effects of fracking, mountaintop mining, and other forms of wasteful and dangerous energy production to have a say in moving America to a clean energy future. The political power of the energy industry has deferred a clean energy agenda at the expense of the health and safety of too many communities in the country. To those who will say that these groups do not have a place at the policy-making table, we say this: These are exactly the people who need to be heard. The harms caused by continued reliance on fossil fuels and nuclear power may not be felt in the Hart Senate Office Building on Capitol Hill, but they are experienced in the heartland of this nation. We do not have the money, the water or the time to waste delaying and deferring serious solutions to these hidden costs of relying on an old energy path. This agenda puts the burden of proof on those who claim that coal can be clean, fracking natural gas is not harmful, and nuclear power is safe. It is time for reason and precaution over politics. The health of Americans and our environment can no longer be made a secondary priority behind energy development at any price.”

"Whether it be oil and shale gas drilling, coal mining or nuclear energy, this coalition of grassroots experts have witnessed firsthand the devastating impacts of mountaintop mining removal, fracking for natural gas, uranium mining and nuclear waste. We've banded together to take back our clean energy future from the seemingly all-powerful big oil, natural gas and energy companies that continue to spend hundreds of millions of dollars to keep us trapped in a dirty energy economy. As this research shows, the vast majority of Americans agree that we need clean, renewable energy, and don't want big subsidies flowing to oil and nuclear companies. They want us to invest in energy efficiency, renewable and technology to ensure an economically viable and livable economy. We must make a clear choice that will put the nation on the right track to clean energy future."

As signed by the supporting citizen organization, the American Clean Energy Agenda statement reads, in part as follows: “The time is now for a new, grassroots-driven politics to bring about a renewable energy future. As Congress debates major new public investments in energy, we need to ensure that our taxpayer dollars support an energy system that protects public health, promotes energy independence and ensures the economic well being of all Americans.

The precautionary principle must be the lodestar for the effort to create a new energy future for America that goes “beyond business as usual.” In the energy sphere, the core of the precautionary principle is to prevent degradation of the environment, protect public health, preserve access to clean water, sustain the electric grid and combat global climate change, all while laying the basis for an adequate standard of living for today’s populations and future generations .

We, the undersigned, agree to this fundamental principle and further commit to work toward a truly renewable, sustainable energy standard that built on the following shared premises:

1. We must generate the political will to create a sustainable healthy energy future by 2030 by accelerating the phase-out of nuclear power, natural gas, coal and industrial biomass and driving a grand transition to efficient use of renewable, non-polluting resources.

2. Achieving a sustainable energy future hinges on grassroots organizing to mobilize and educate the public and to demand support from our community, business, and political leaders.

3. The entrenched dirty energy industry’s public relations machine and lobbyists block the path to healthy energy options and sources. We will expose their misleading tactics and promote a truly healthy and renewable energy system.

4. The renewable energy standard is a proven model for a sustainable future, and our goal is to see it implemented on a national basis—as it already is in many states and other nations. We oppose the so-called “clean energy standard” as a dishonest political ploy designed to protect polluting energy industries—coal, nuclear, oil, gas and unsustainable biomass—that have brought us to the crisis we are in today.

5. We urge our local, state and federal authorities with jurisdiction over energy generation, power distribution and rate-setting to ensure a level playing field for renewable energy and efficiency. It is essential to take fully into account the long-term risks and costs to health, environment and communities of all energy resources, and to adopt policies based on least cost to consumers and minimal risk. We urge specific policies that will ensure this full reckoning as well as strong energy efficiency standards that minimize the demand for resources and provide good jobs and clear benefits to consumers.

6. We hold that the overall use of taxpayer dollars for energy projects—whether called “subsidies,” “tax incentives” or “loan guarantees”—currently runs counter to the public interest. Government incentives must benefit public health, economic well-being and the environment. We will develop clear guidelines to direct smarter public investment in energy.

7. We will educate our fellow citizens about the negative impacts of water-intensive energy choices on human and environmental health. Families and communities deserve clean air, access to clean water, safe, sustainable food and good health.

8. We will demonstrate that renewable energy and energy efficiency programs can be flexibly configured and adapted across the country to accommodate regional differences in energy portfolios.

9. Exporting dirty energy harms public health and contaminates our water, with the result that Americans pay the environmental and health price of meeting the energy needs of other countries while gaining nothing in the way of energy independence. Exporting coal extracted by mountaintop removal and shale gas obtained by fracking are especially egregious examples. Forcing U.S. industries to compete with other nations for domestic supplies is likely to drive up prices dramatically and may cause them to relocate overseas.”