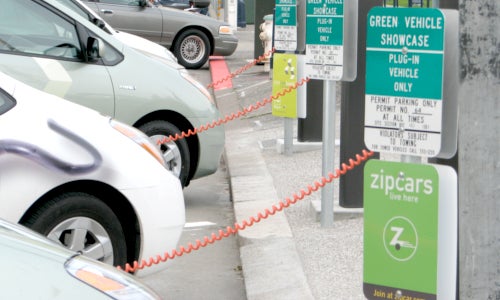 Before his term ended, former New York City Mayor Michael Bloomberg signed a bill in December to help the nation’s largest city become one of the most progressive when it comes to electric vehicles (EV).

The city passed a law to make one of every five parking spaces at newly constructed garages or parking lots compatible with EV charging. Under the legislation, owners of new off-street parking lots and garages must supply 20 percent of their spaces with charging ports with a minimum capacity of 3.1 kilowatts. The law also applies to structures that will receive electrical upgrades.

The city estimates that there are only 200 such spaces in the five boroughs. The city believes that amount could grow to 10,000 by 2020. 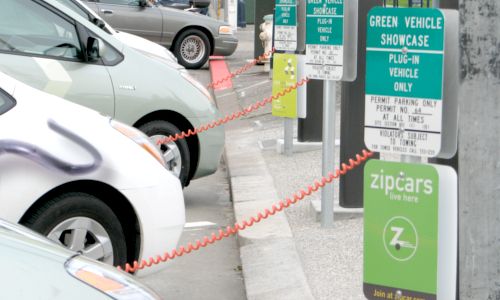 Public charging will one day be as frequent in New York as it is in San Francisco, thanks to one of the final bills Michael Bloomberg signed in December. Photo credit: Flickr Creative Commons

New York estimates that 44 percent of the city’s greenhouse gas emissions will come from the transportation sector by 2030, according to the legislation. Emissions were at 22 percent in 2010.

“Increasing the use of electric vehicles could potentially reduce these emissions and, over time, save drivers money on fuel and maintenance,” a committee report reads. “The city expects that, by 2015, 14 to 16 percent of all new vehicles purchased in the city will be electric vehicles.”

The only lots and garages that are exempt from the new rule are those deemed by the commissioner of the Department of Buildings to be temporary or in use for fewer than three years. It also would not apply to garages and open parking lots in buildings where at least half of the units are set aside for people with incomes at or below 60 percent of the area’s median income, as determined by the U.S. Department of Housing and Urban Development.

The law is in line with the agreement eight governors signed to promote EV adoption through policy and put 3.3 million EVs on the road by 2025.

New York is also home to HEVO Power, the company that developed an EV-charging system installed into public pavement.