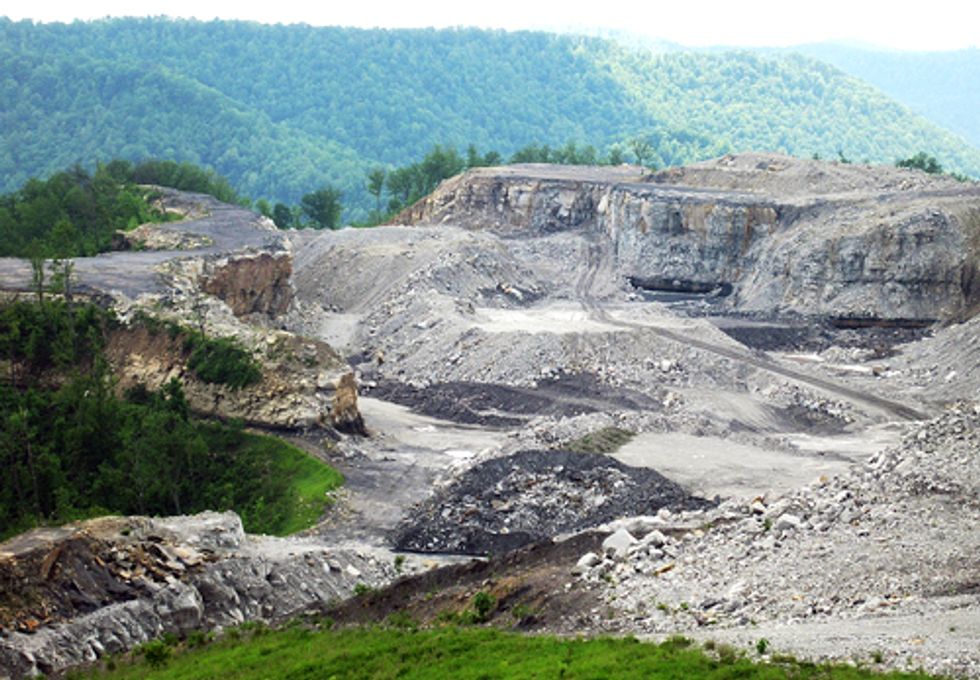 Patriot, which filed for Chapter 11 Bankruptcy on July 9, sought approval from the groups for an extension to the schedule under which the company is required–pursuant to a court order and settlement resolving prior litigation with the groups–to install expensive pollution controls at several mines in West Virginia. Astonishingly, along with its commitment to end large scale surface mining in the region, the company also acknowledged the impact this destructive form of mining has on local communities and announced its commitment to reduce its environmental footprint. Patriot is among the largest mountaintop removal coal mine operators in Appalachia.

“This is an historic moment for people hardest hit by mountaintop removal coal mining,” said Michael Brune, executive director of the Sierra Club. “Tens of thousands of people have worked tirelessly to put an end to this destructive process, and today’s agreement is a major step towards ending this abhorrent form of mining and repairing the damage done to communities and ecosystems across the region. Patriot Coal may be the first company to cease mountaintop removal mining but, because of the tireless efforts of committed volunteers and community organizations, it certainly won’t be the last.”

The agreement requires Patriot to move away from, and ultimately cease, mountaintop removal and all other forms of large-scale surface mining in Appalachia. In return, Patriot will be granted additional time to install selenium treatment at several of its mines. Patriot will also retire significant infrastructure required to perform mountaintop removal mining, including the dragline at its Catenary mine complex, which will be retired immediately, and the dragline at its Hobet mine complex, which will be retired in 2015.

Patriot will also withdraw two applications for Clean Water Act section 404 valley fill permits currently pending before the Army Corps of Engineers, and will surrender its remaining rights under a third permit. These section 404 permits allow companies to dump the waste from mountaintop removal mines into valleys, burying streams and headwaters that are critical to local biodiversity. Further, Patriot has committed to not apply for any additional large-scale surface mine permits, has agreed to not open any new stand-alone surface mines and will only conduct small scale surface mining in conjunction with existing and planned underground mining. The agreement allows Patriot to move forward with its plans to open one new metallurgical coal mine for which a section 404 permit application is pending, but preserves the right of the groups to challenge that permit in the event that the U.S. Environmental Protection Agency identifies water quality concerns with the permit. Patriot will also donate $500,000 to a West Virginia nonprofit organization to be identified by the parties.

Patriot has issued the following statement:

"Patriot Coal has concluded that the continuation or expansion of surface mining, particularly large scale surface mining of the type common in central Appalachia, is not in its long term interests. Today’s proposed settlement commits Patriot Coal to phase out and permanently exit large scale surface mining and transition our business primarily toward underground mining and related small scale surface mining. Patriot Coal recognizes that our mining operations impact the communities in which we operate in significant ways, and we are committed to maximizing the benefits of this agreement for our stakeholders, including our employees and neighbors. We believe the proposed settlement will result in a reduction of our environmental footprint. This settlement is consistent with Patriot Coal’s business plan to focus capital on expanding higher margin metallurgical coal production and limiting thermal coal investments to selective opportunities where geologic and regulatory risks are minimized. Patriot Coal urges the Court to approve the settlement because it strengthens the Company’s ability to continue operating with our nearly 4000 employees, and significantly increases the likelihood that we will emerge from the chapter 11 process as a viable business, able to satisfy our environmental and other obligations.”

“It's heartening any day we learn that a major player decides that mountaintop removal is not in the best interest—of the company or of our mountains, streams, and communities,” said Jim Sconyers, chair of the West Virginia Sierra Club. “We look forward to the day when full implementation of this agreement is achieved.”

In return, Sierra Club, Ohio Valley Environmental Coalition, and the West Virginia Highlands Conservancy have agreed to file a joint motion with Patriot that will extend the time the company is allowed to comply with court ordered selenium controls at the Hobet mine by 15 months. The coalition will also allow Patriot to extend the date of compliance for selenium treatment at 42 other outlets at other mines and facilities by 12 months.

“We've been saying for many years that if companies had to pay the real costs of mountaintop removal, it would not be economically feasible,” said Cindy Rank of the West Virginia Highlands Conservancy. “Hopefully, it’s now become clear that when coal companies are required to prevent illegal selenium pollution and pay the costs for cleanup themselves it’s simply doesn’t make economic sense to continue this destructive form of mining.”

“We hope that this agreement, while holding Patriot responsible for its legacy of mining pollution, puts the company in a strong enough financial condition through its underground mining that it can honor its obligations to its retirees and workers,” said Dianne Bady of the Ohio Valley Environmental Coalition.

The Sierra Club, Ohio Valley Environmental Coalition, and the West Virginia Highlands Conservancy were represented in the matter by Joe Lovett and Derek Teaney of Appalachian Mountain Advocates. The agreement was announced during a proceeding before Judge Robert Chambers of the U.S. District Court for the Southern District of West Virginia.