On the Front Lines of Mitigating Climate Change 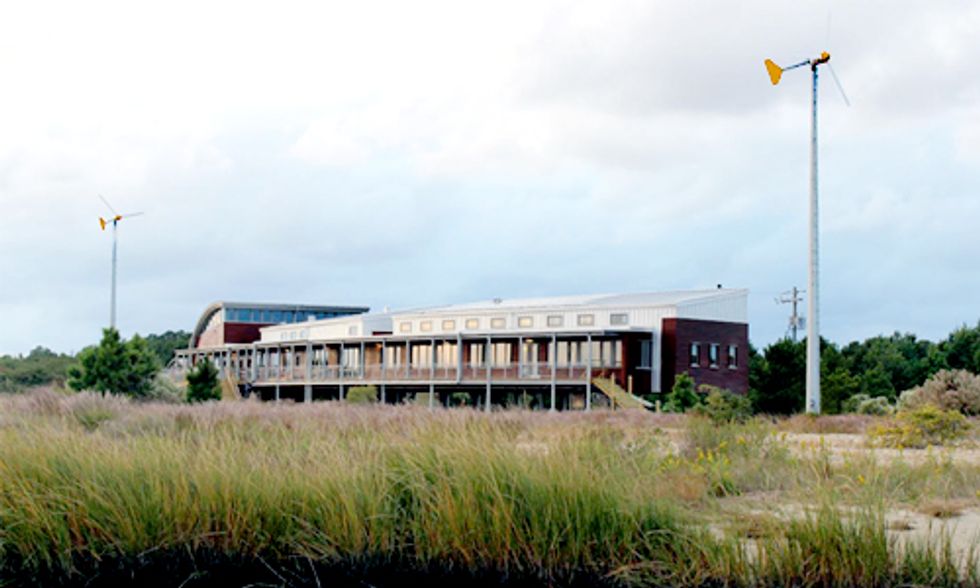 Sea levels in the Chesapeake Bay region of Virginia are rising at a rate more than twice the global average. Since 1960, the area has experienced a 325 percent increase in “nuisance flooding” that disrupts business by closing roads and flooding parking lots and putting undue stress on infrastructure, like storm water drains, roads and sidewalks.

Some of this recurrent flooding is due to the land settling, the geologic results of a massive meteor strike here 35 million years ago. But there’s little doubt the Virginia coast is also on the frontline of climate change, surging waters and more intense storms. It’s no longer a question if and when the sea will rise here; the challenge is how much and how to adapt.

The Chesapeake Bay is our nation’s largest estuary and home to more than 3,600 species of plants and animals, including thousands of acres of valuable coastal marsh and wetlands. Scientists anticipate Virginia will lose 50-80 percent of these wetlands in the next 50 years at the current rate of sea-level rise. And it isn’t just the beautiful vistas we’ll lose, but everything else these wetlands provide—protection from erosion near waterfront property; flood control; filtration of runoff and removal of pollutants; and the food, water and habitat for the critters that call the wetlands home.

The busy Hampton Roads area is the second most populated region at risk from sea level and related storm damage after New Orleans. And it is home to the world’s largest Navy base. During a speech at the College of William and Mary, Sen. Tim Kaine (D-VA) remarked that in another 25 years, the main road into Naval Station Norfolk, will be under water three hours a day.

The shoreline at the mouth of the Lynnhaven River, Virginia Beach. Photo credit: The Chesapeake Bay Foundation

Thus, climate change not only threatens our way of life, but it’s threatening our national security as well. We need to mitigate its effects with short- and long-term strategies. We need to adapt to these changes by developing environmentally smart infrastructure that not only allows us to live in a rapidly changing world, but minimizes climate changing pollution for the future.

The Chesapeake Bay Foundation’s new Brock Environmental Center in Virginia Beach is designed to do just that by minimizing CO2 emissions, limiting environmental impacts and adapting to rising sea-levels. The center is built on pilings more than 14 feet above sea level and 200 feet back from the river’s edge (double the 100 feet clearance required by Virginia law), safe from both rising sea levels and storm surges.

And rain cisterns and a filtering system make the Brock Environmental Center the first project in the U.S. to receive a commercial permit for drinking filtered/treated rainwater in accordance with the federal drinking water requirements. In fact, the center uses rainwater for all its water needs.

Finally, the building was designed to prevent site disturbance—there is no parking lot on site, and it is landscaped in native trees, shrubs, and grasses to restore years of displaced wetlands. The natural landscaping allows flood waters to rise, settle and recede naturally without harm to the center or nearby neighborhoods.